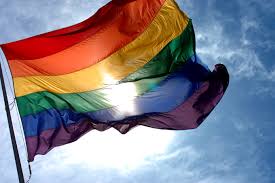 I watched Stephen Fry's "Out There" part 1 last night. He is going around the world putting himself in positions where he has to listen to the biggest load of hogswallop, and he's doing this to make a documentary about the intolerance gay people face. Some of the footage and the turdy fucks he speaks with, beggared belief.

I know he must reckon that making this doco will make a difference and he sees that perhaps through his celebrity he can make some inroads for change, and I certainly hope that it is true.

Zig came out with the most appalling sentence that I have heard him utter. He said, 'Gays are disgusting'.

Well I very nearly fell over and choked on my sandwich. This needed carful handling, at least as much as Stephen's dealing with that Ugandan dick!

It took a while but it became clear that Zig, bless his heart had no idea what Gay was. So this needed to be explained, quite simply as 2 blokes or 2 women loving each other, maybe kissing. Same as a man and a woman do. I think somewhere through this discussion, disgusting might have been said again.

Well Bugger me!! He sure as shit did not get this from his mother and it was soooo long since school broke for the holidays, that I very much doubt that is where it came from. So the source is guessable and there of course is no proof and Zig will be much older before he stops trying to protect him, but I am willing to bet,  HIM it was.

So  how to go about trying to give this lovely boy a different perspective? Well as luck would have it, I was using my facebook page to put birthdays on my old fashioned paper calendar and he was helping, you know finding the right month and trying not to do too much damage to the fixings as he swung on the pages. He had a bit of a look at each of their facies and I gave him some of their history and how I know them.

Well up popped my long time friend Michael who has watched Zig's  mum grow up, he gave the toast speech at Belly's 18th. I asked Zig if he looked disgusting, and he said 'NO'. I told him that Michael is gay. We had a look at photos of Michael and Chris and I asked if they looked disgusting. Zig said 'NO' We found David's page and saw pics of him and his husband Rob and we agreed that they didn't look disgusting either. And so it went. When Belly arrived to take him home after his summer at the big house, this all came up in the usual chatter. You know, how 's work? what's going on over the weekend? did you know Zig thinks gays are disgusting? When I mentioned Michael, Belly's face lit up and I know that Zig could see how much she likes Michael.

I know that the task of encouraging Zig to question the views of his father is fraught with difficulty. I hope that by meeting and knowing our gay friends Zig will naturally wonder.

It beggars belief that folk, mostly men, who make such disgusting disparaging remarks about gay people in fact know NO GAY PEOPLE at all and so have no point of reference.
Posted by Unknown at 17:16