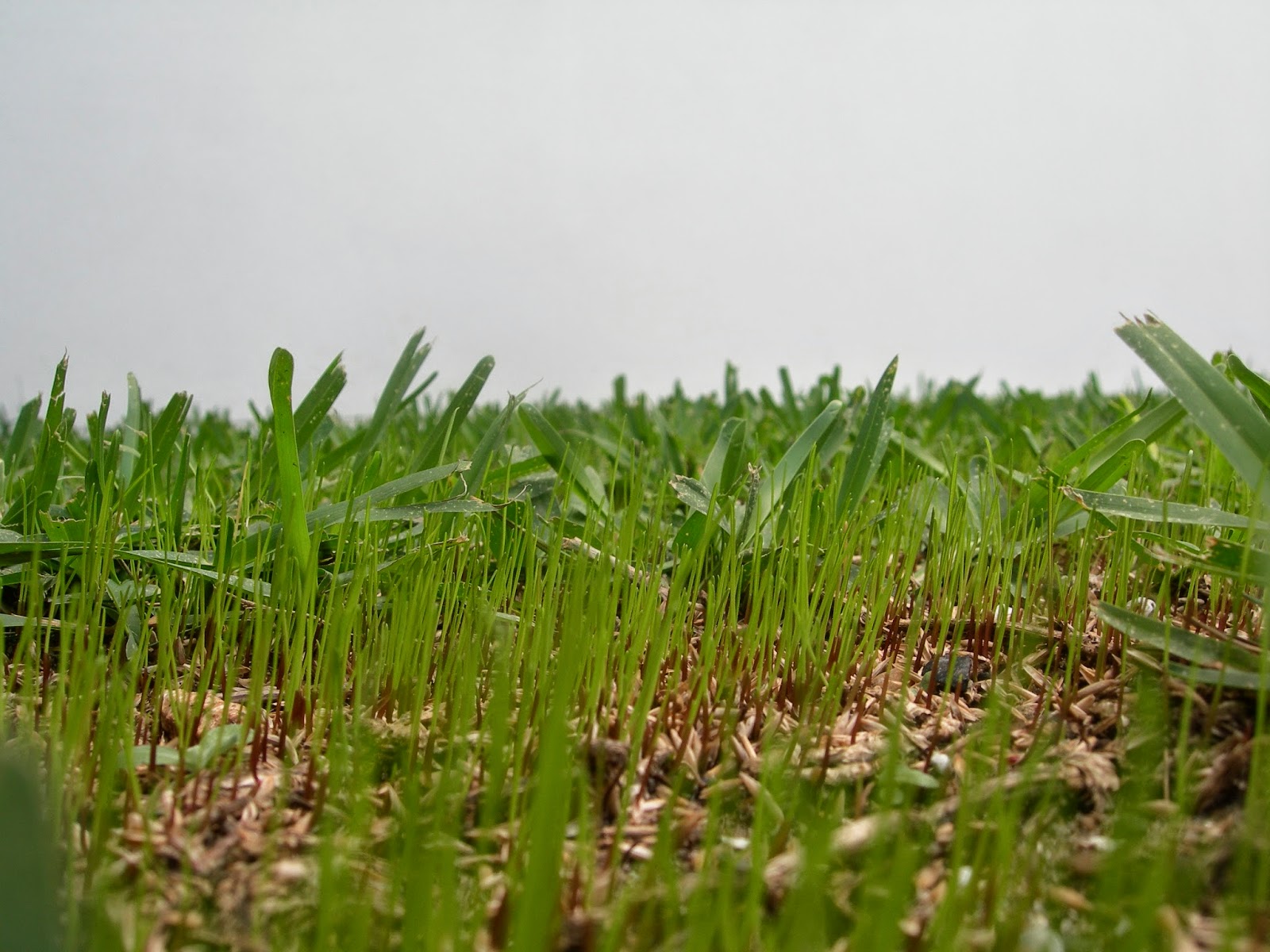 It's no secret that a gardener I am certainly NOT. Show me a plant in a pot and I can kill it before it makes its way into the ground and if by chance it survives that transition I can be relied on to make its life completely miserable and if it survives at all it is only to spite me. Plants do not thrive under my watch.

About 3 years ago we laid grass in a handkerchief sized lawn. It was stupidly spoiled and cared for. It was lush and green and spirit level precision perfect. But in predictable form, it started to die off. Brown bits appeared in spots all over and these spots spread like blood in a crime scene. Steve did research and called the grass farmer for advice. Potions were sprinkled and data was collected and it was determined that there was some stinking seasonal grub eating up all the new shoots. It seems that these little fuckers come back every year chew up, bugger up, and then hibernate until the next year. Who would have thought growing a bit of grass could be so difficult. You couldn't kill grass with a stick when I was a kid. It's grow like topsy and it never needed watering or fertilising or any sort of nursing care.

The big brown dead patches were the source of sadness for Steve. He read up again and marked out areas and carefully spread quotas of sprinkle stuff and hoped for the best. This was all to no avail. When he hoped on the plane I vowed to myself that my present to him on his return was gonna be the green green grass of home.

So I emptied 2 big packets of fertiliser all onto the grass and dead bits and watered it every day. I became a weather watcher and tried to gauge if there had been a bit of rain whether of not the heat would have sucked it all out of the ground and so a hosing was in order. On one of my trips to the hardware shop I found some stuff called grass thickener. It was for the right sort of grass. I have used hair thickener before and I reckon that it works pretty well, so I figured that this could be worth a shot.

I followed the directions a little bit and mowed and then became farmer Sue. I sewed those grass seeds thickly all over the little bit of lawn. I covered the brown bits and the green bits and I stood and watered and I used the sprinkler for hours. I used the tank water when there was some and when there wasn't I used the expensive stuff.

Well bugger me, this morning when I was out collecting dog shit, as you do when you live in the suburbs, I saw it!! There it was my first successful crop of anything. The little grass shoots were everywhere. I walked carefully so I didn't squash 'em too much.

How bloody exciting!! Farmer Joe Look out!! Sue's on her way.

I only hope that it survives the next 2 weeks so Steve can see it when he gets home.
Posted by Unknown at 12:48