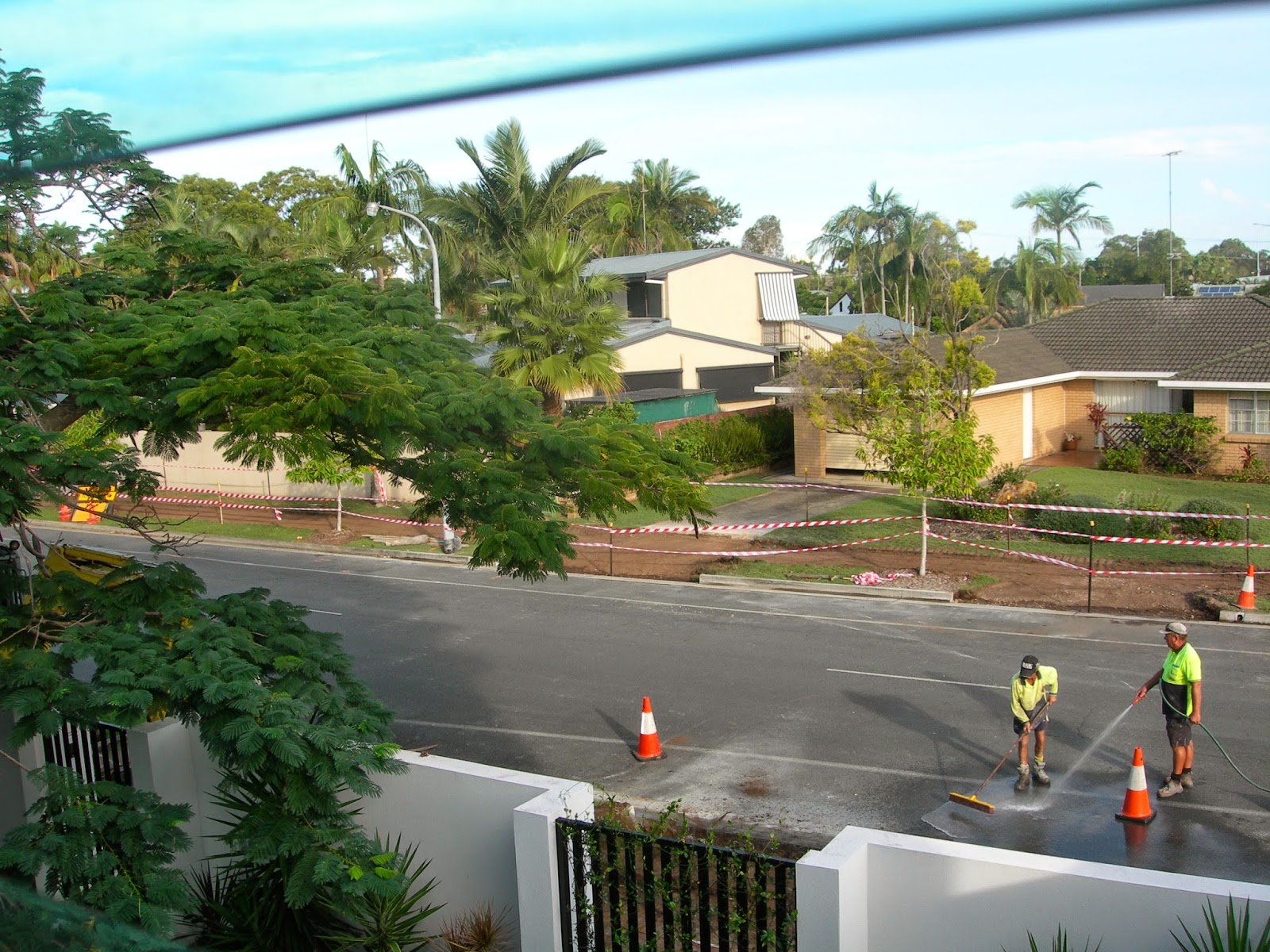 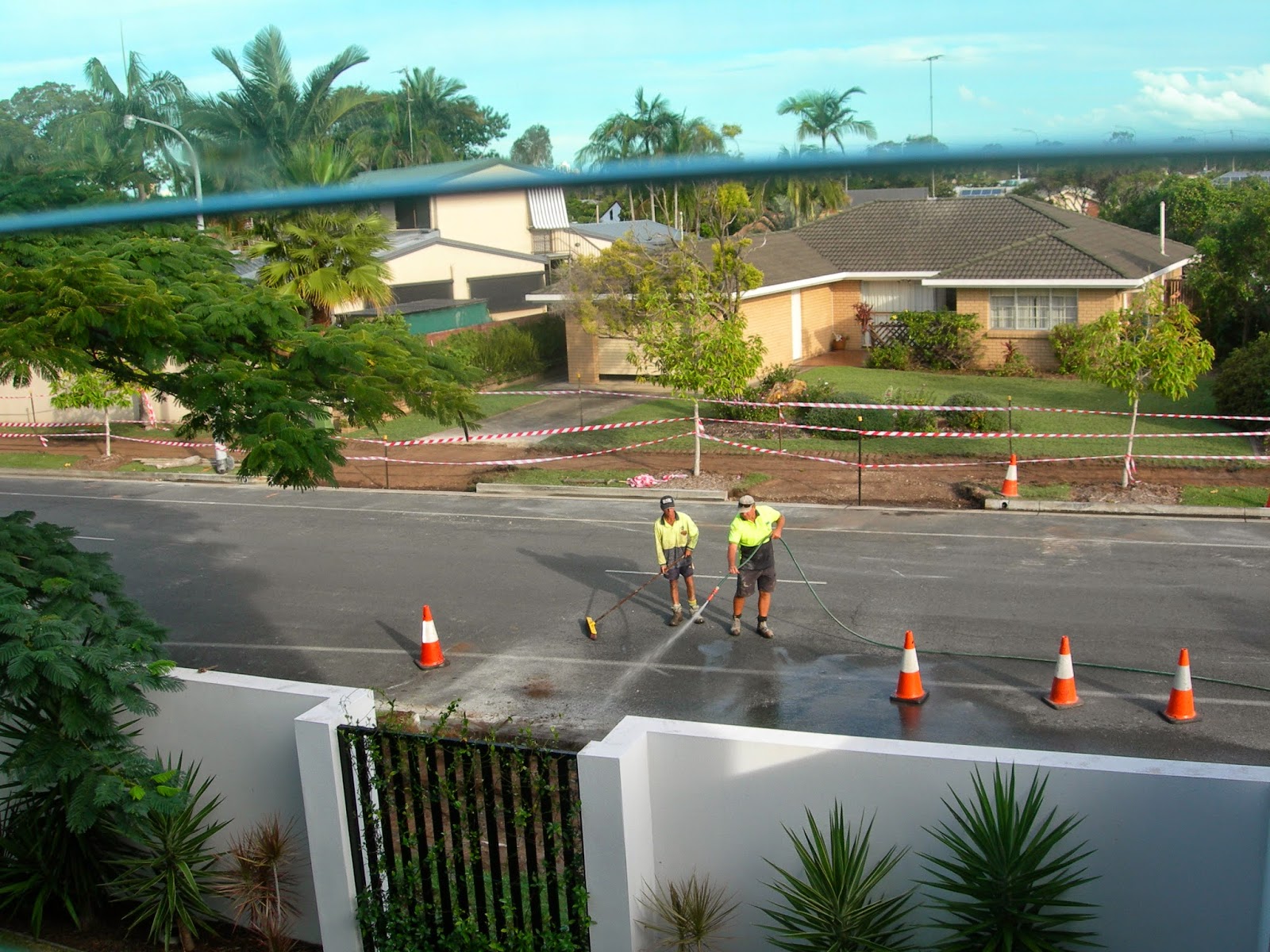 Years ago when I was teaching in London, I was written up by the dickhead Fat Controller, for 'Standing on a Chair'. It was reported and a black mark was recorded against my name and I was reprimanded and had to offer a very unheartfelt apology before it would just go away. The complaint did finally go away, but sadly the dickhead did not.

Had he seen me painting the ceiling of my Brisbane house, standing on tippy toes, on a chair on a table I reckon he might well have just keeled over and died and done us all a favour.

So now due to another safety issue involving almost nonexistent women with strollers, the Council is putting in drop kerb footpaths between our place and the big road. This involves re-doing the footpath passed 5 houses opposite us and then a drop kerb across to us and a drop kerb at our place and re-doing all the foot path, up to a car park... and down to the footpath that leads to Sorrento Island where maybe 300 people live, all of whom, can be seen on any day driving passed our place to go about their business.

It's possible that someone might have asked for a footpath to be built on the other side of the road, probably so kids could skate board or Rollerblade outside their house, and this solution might well have been the most cost effective. Who the fuck knows how council decisions are made. I know they sent me a letter saying that there would be some work going on outside no 8 and as we are at 11 I disregarded it.

But today there has been at least a dozen blokes in those delightful Hi-Viz clothes wandering around, leaning on shovels, chatting on phones, holding up those slow down signs and cautioning local traffic (Did I mention that this is a dead end street) There was one bloke driving a backhoe digging up concrete and pruning my Poinciana tree with not much finesse.

The foreman who is a nice enough fella reckons that the madness that I am wondering about is small potatoes compared to some of the shit he has seen in his 10 years on the job. I said he should write a book and he said no-one would believe it. It'd make 'Yes Minister' look like good politicking.

This noise and dirt and blocking off of the street and my driveway is set to last approximately 2 weeks, I wonder if that's Council Time of regular time.
Posted by Unknown at 16:45