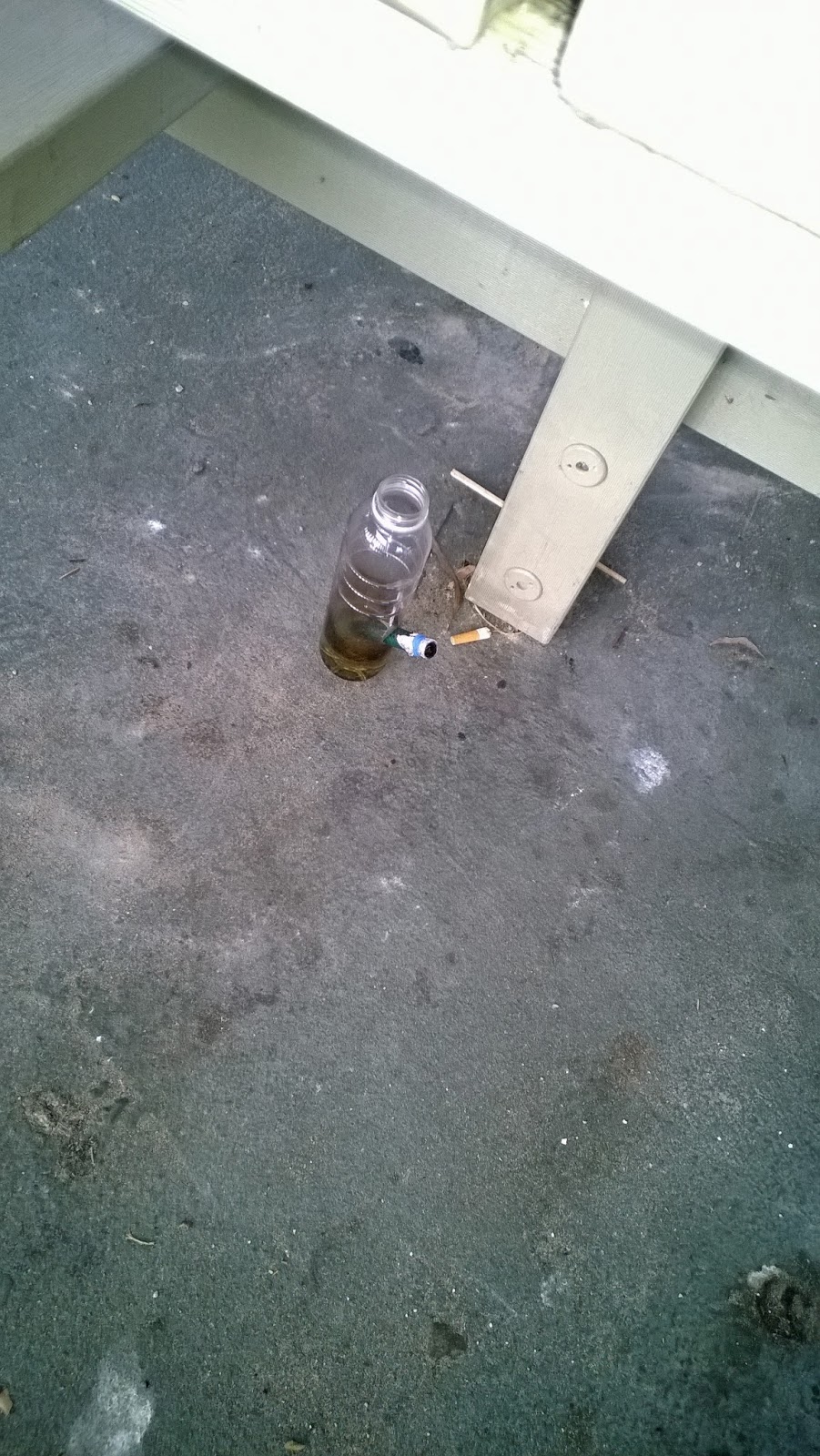 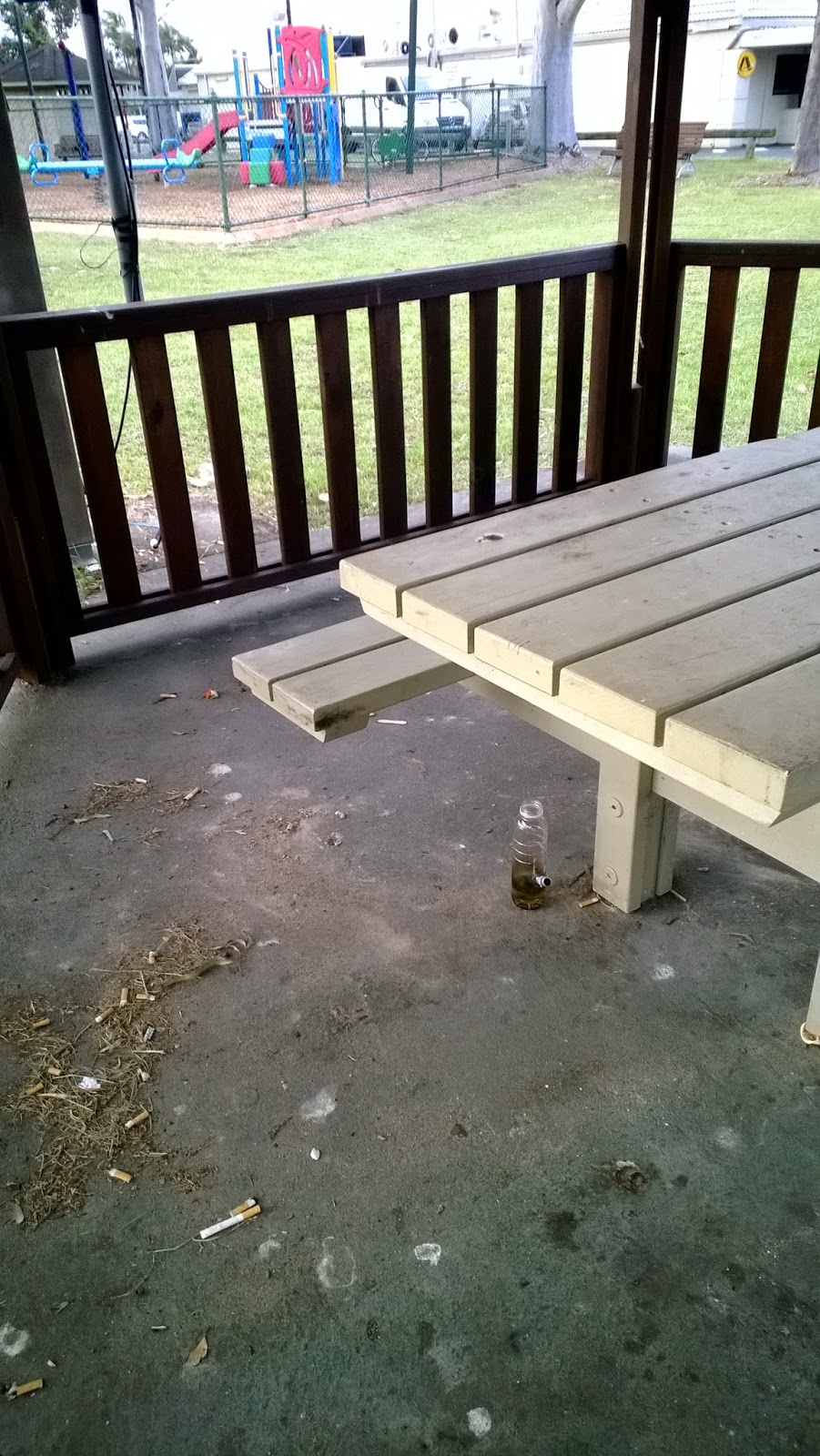 The Park next door which in an honest moment I really do believe is just an extension to my backyard, except that no rates or rent are due on it, and if it needs mowing I simply ring the Council instead of getting out the Victa,  is at the moment being taken over by rather undesirables.

There are always the somewhat colourful characters who get about, like the odd fella who likes to poke through the dogshit filled bins in search of yesterday's newspapers. And today he was joined by the rough looking bloke who had a metal detector and a strange hammer digger thing which he used to dig sometimes quite big holes on the hunt I guess for buried treasure. We watched for ages and he found nothing but dirt.

But yesterday in the rain, cos I am such a good dog mummy, I was chucking the ball to Dog from the protection of one of the rotundas and there perched carefully beside the picnic stool was a well made, meant to be used often, bong. The dirty water spoke of some use and the discarded plastic bottles nearby told of smokers who are choosey. I wondered why these folk need to smoke their shit in the park, but mostly I just got pissed off cos Dog could have knocked it over and I am not sure what damage could be done to her by drinking the water, but I imagine it would not be the most healthy thing to do. While we were building the house, we found the hose shortened by some few inches on a fairly regular basis, so I have to imagine that the bongers are aging and have lacked the imagination or financial wherewithal to find a more salubrious place to pull their cones. That's just all a bit sad, but perhaps not as sad as they will be when they get there to discover that I binned the bong and all the reject plastic bottles too.

And today when Steve pointed out the swans and I went off with a half a loaf and a smile, I discovered that my chair was GONE!! Firstly I figured that some fucker had stolen it, but when I was at the end of the pontoon I saw it, thrown with force into the water. If pegging an aluminium chair ever becomes an Olympic event, the shitting thrower could become famous! Until then he / she is just a bloody nuisance. What sort of an arsehole does that? I can see how someone might want to nick a chair and use it to take a load off. It wasn't tied down and is pretty comfortable, but why would someone walk onto someone else's property and just chuck a chair away. Beggars belief!! Steve has spent an hour trying to scrape the barnacles off it and now I will have to leave it locked up inside the yard and carry it out as needed.

It's a shame that the smokers don't keep an eye out. If I thought they would help me, I would have left the bong, gift wrapped with a side of munchies.
Posted by Unknown at 16:58