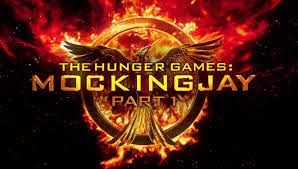 Today I got back on the horse, that is I took myself off to the movies in the gold lounge during the day cos that's what I like to do.

I haven't been since my knee shit so it was quite the moment.

I love going to the pictures like this cos the place is usually empty, yeh, even on a Saturday, but I admit I usually go early in the morning.

The first session of The Mocking Jay wasn't until 2 but when I looked online there were no tickets sold so I thought it worth a gamble. When I bought my ticket at 12 it was still pretty empty and certainly there was no one next to me. I did a bit of a phaff and a furtile  at the shops and was more than a little disappointed when I got back to the cinema to see that the foyer was full. Shitty shitty shit shit. And not only full, but the crippled old lady I followed in was sitting next to me! Double shit!

She had ordered some very crunchie food delivered early in the film and I am surprised that her falsies survived the chomping. I reckon she might well have been deaf as well as lame cos if she could have heard herself crunching that bloody food she might well have started gumming it just to be polite. So she chomped along and that gave  me the irrits and so I had time to notice all these bloody kids in there too. Triple irrits. 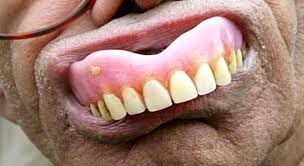 I don't mind the usual shit and carry on with kids at the pictures if I am in the cheap seats with Zig, but in the adult goldie, well I just don't reckon kids should be allowed. They are supposed to behave 'emselves and their 'adult minder' is supposed to be in charge of 'em, but that hardly ever happens. If you complain you miss bits of the movie and nothing happens anyway. So between the geriatric consumption of lunch which took her til tea time, and kids running in and out and swinging their legs high into the sky and chatting and eating god only knows what it was less than my usually fabulous encounter. The piece -de -resistance however was when the old crippled lady finally finished her food and deposited the tray in front of me so I could no doubt continue NOT to enjoy the odour of the condiments and sauces, she promptly went to sleep, clearly plum tuckered out from all that chewing. And I don't mean one of those calm quiet little nanna naps we can all enjoy, I am telling you, she put her chair right back, relaxed into a coma and started snoring so loudly I think the techie turned the sound up. I wanted to karate chop the old cow in the throat. It's hard to believe I know, but I did not stay behind to offer her assistance out of her chair or to discuss the special effects or Philip Seymour Hoffman's last performance. 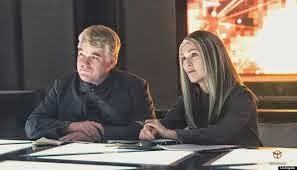 And so to the movie. I enjoyed it. I might well be one of the few people on earth who have not read 'The Hunger Games' so I didn't know the storyline, but I have seen the first 2 parts. If you haven't seen them or read the books, don't bother with this cos it really will not make much sense. There are no tricky flash backs to remind you what has already happened, it just jumps straight in.The whole cast does an excellent job and the special effects are slick and believable. I am not sure apart from economics, why it was necessary to break the story where they did so there is not the usual satisfaction that comes from a finished product. I don't mind paying for another ticket, but the ending of this chapter was a little disappointing, like you've had a lovely meal but have a bit of shit caught in your teeth and no dental floss, to provide relief.

It's a pity that the final instalment is not being released until late next year, although Steve said he might like to go to the last one, so I wont run the risk of sitting next to the old lady again.

It was fine to see Mr Hoffman's final bow.
Posted by Unknown at 17:44