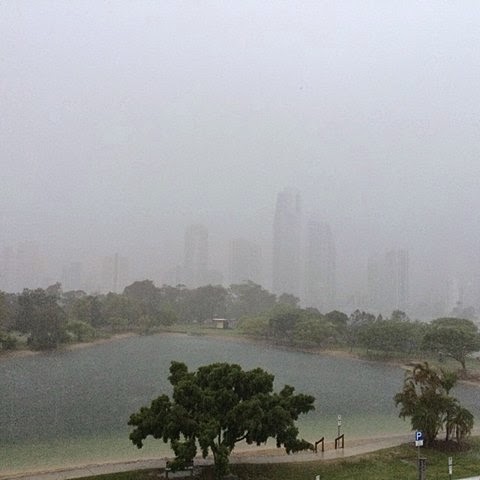 8
Where has Surfers Paradise Gone?

Summer and 3 o'clock and school chuck out time became synonymous with a bloody great crackling storm and if you're really lucky you'd get some hail. The gutters would overflow and kids would take off their shoes and socks ( no wonder so many went missing on the way home from school ) and there would be water skateboarding down the slimy soaked gutters and all the mothers - yeh they were the ones responsible for the washing in those days, would send up a silent prayer to the god of their choice that no bones would be broken and trouser bums would be intact and that the inevitable gravel rashed legs and arms would not get infected.

As an adult I still find 'em pretty exciting. No I don't like driving in 'em and cleaning up the rain that is forced under doors is a bit of a pain, Dog goes spastic and Steve is a little unnerved, and the crash of the thunder still can make me jump, but I love the smell and the inevitable break in the heat. I love the strange alien colour of the sky and the rather odd light inside, not dark enough for lights on and not bright enough for no lights on.

Today's storm was a ripper!

Our pool turned into an infinity jobbie so I reckon about 3 inches ( 8 cm) of rain fell in less than an hour. Bloody marvellous especially as Steve had earlier taken a turn at looking after the grass and spread some fertilizer - not stinky cow shit or chicken shit, and so now I can expect the grass to be greener on our side of the fence. Yippee! 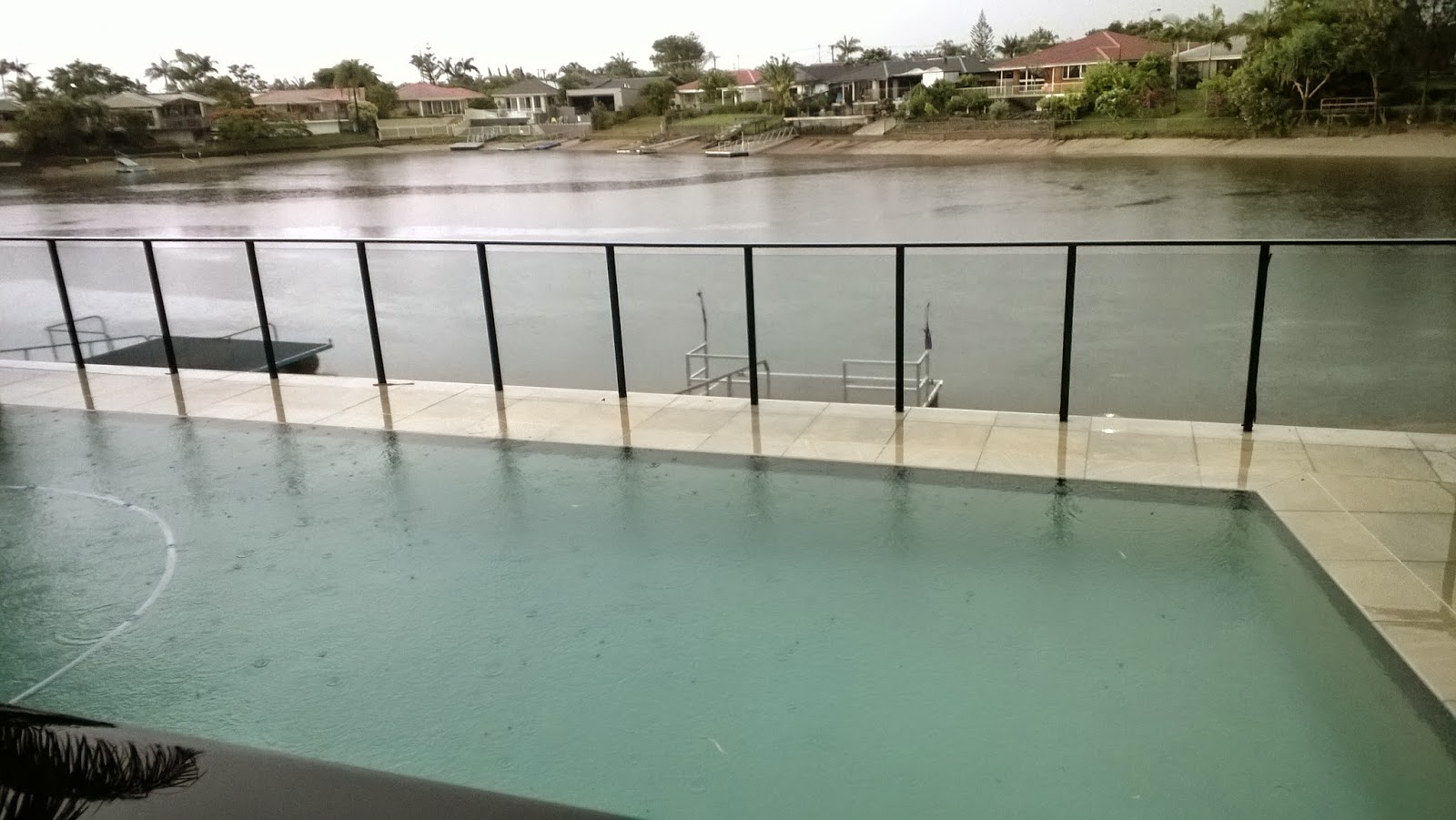 Just waiting for the thunder to be done so I can get in while it's full to the brim. 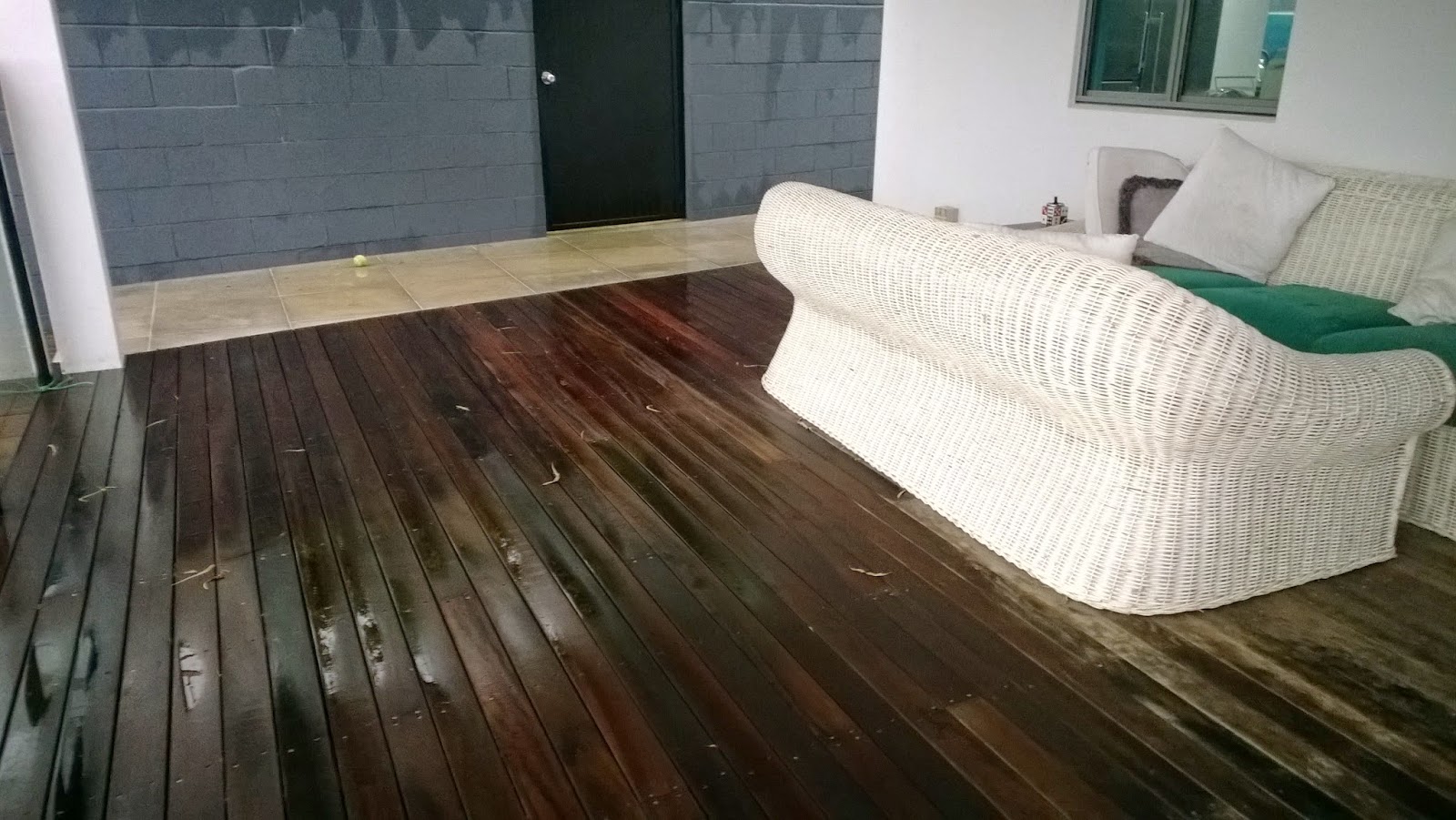 Back deck after the rain and wind assault.


It's a bit cooler and when the thunder really stops we will be able to open the windows, let in the fresh smelling air and enjoy the respite from the heat.