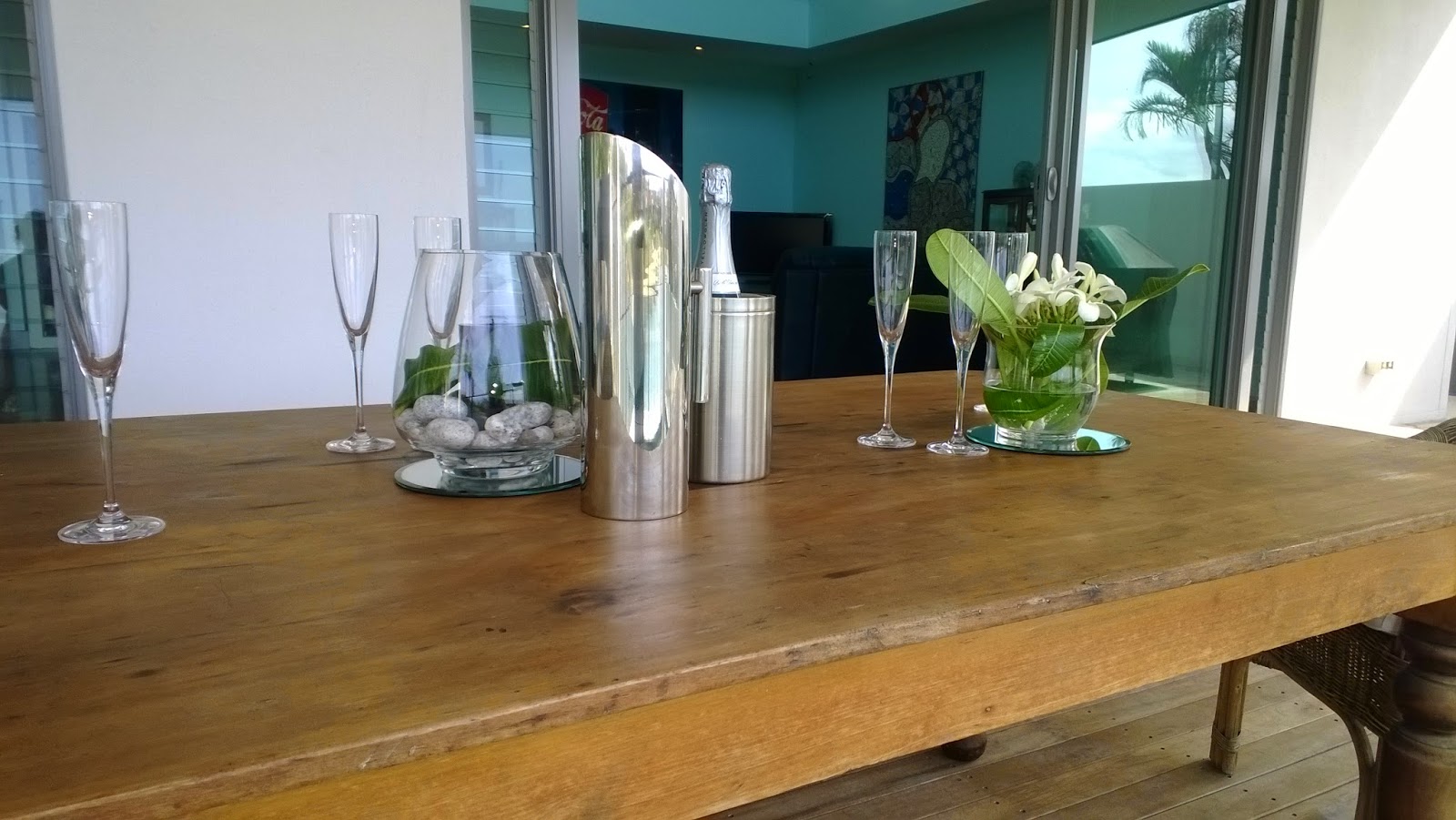 Dressed for drinks but glasses are empty:(

It's hard to believe that it is only Thursday. I feel like it should be a week from next Tuesday, given the sheer number of hours I have spent washing and folding and ironing and cleaning and scrubbing and bed making and room fluffing and flower arranging and hiding life's essentials like toothbrushes and extra loo rolls, just in case these fundamentals offend the delicate sensibilities of anyone hoping to buy the Big House. 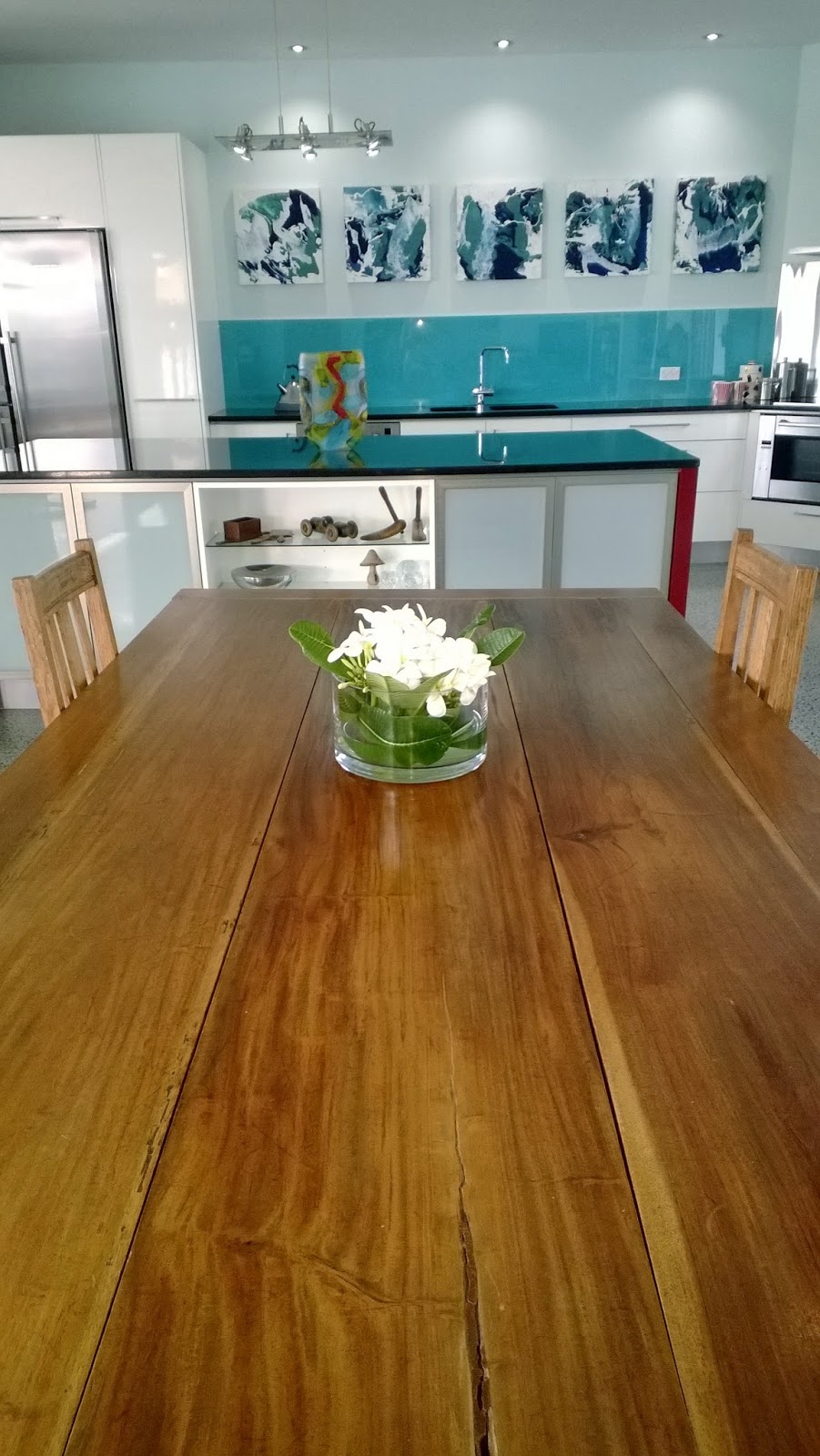 The frangipanis are contraband from the park and do smell lovely.


Now I am in the park playing ball with Dog, while a film crew takes some footage of the place, and my very sincere hope is that it looks as good as it should do given the sweat taken to get it into it's present state. Only time will tell I suppose. And then later on at dusk, a photographer is popping in for a whirlwind shoot with pretty lighting.

What I am reminded of though is that last time we were in London and sold the Tall House, there was bugger all furniture or designer nick-nacks or art work and the photos were taken by some bloke with a camera and posted on the net free of charge and then a few weeks later a very pleasant woman lobbed in looked at it, liked it and bought it. All very easy.

It wasn't a cheapie fixer-upper, so it can't be a price thing, and I really don't want to believe that Poms have better imaginations than we Aussies, but I can see no other explanation for having to 'DRESS' the place. So there she is today in some quirky designer jobbie and ballet slippers cos I just couldn't come at the idea of putting her in spikey heels. She's all dressed up and going nowhere. She hasn't grabbed a little clutch to carry her lippy and tube of zovirax and a tampon. She's pretending to need NOTHING, all the while the basic necessities for a fine night out are stuffed into her unmentionables and she's hoping no one is cheeky enough to go probing too deeply.

Thank god for a big old storage room I say. I have hidden things like the clutter from the little corner for charging up stuff - those power cords we all have somewhere, but that look pretty ugly. Yeh she's gonna have to pretend she doesn't have a phone or a laptop. And the tellie remotes and my little bottle of Bio-oil that sits next to my tellie chair along with a collection of hair ties and a nail file all hidden and tucked up out of the way. Bloody hope I can find 'em later! Shit I should have made a list of hidey holes. 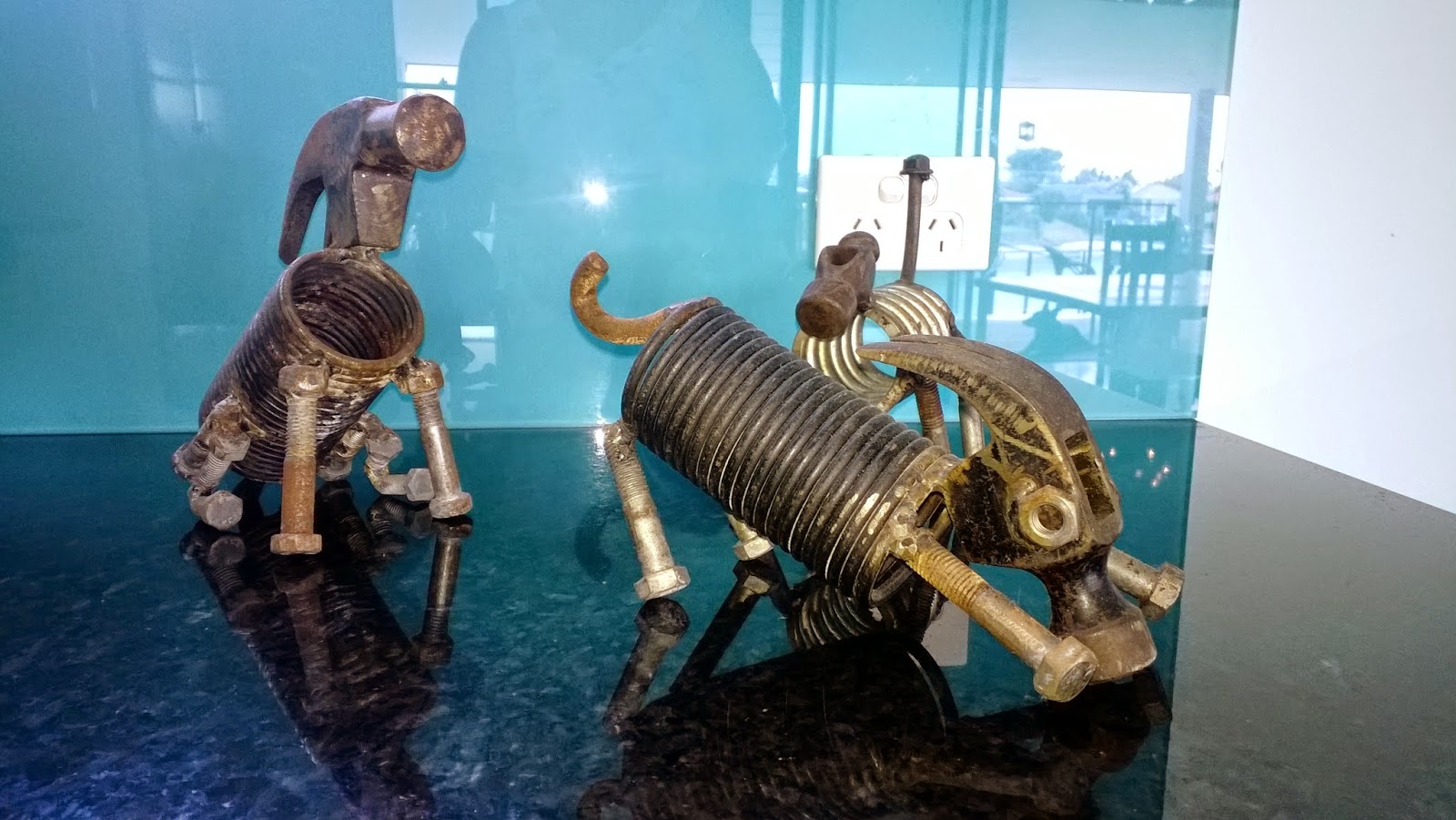 These little fellas are sitting where all the cables are usually.


All this juuzing to make the place look pretty, but ultimately it looks like no one lives here. So Ok for the photos and the film I suppose, but if anyone ever makes an appointment to have a look see, I am afraid to say they might well have to take it worts and all, cos I sure as shit do not plan on all this crappola too often.
Posted by Unknown at 15:38