The big House is on the market. I have mentioned this before. We have scrubbed and fluffed and Steve has worked his arse off doing odd jobs that were a pain in the bum hole but important in making the place look bloody terrific.

The agent Paul organised a 'journo' from the Bulletin ( Bullie) to come and take some notes and write up a feature which she did and it was published in spite of the politics, last weekend. It was a pretty good write up even if I felt a little exposed cos she had included long direct word for word quotes from me. I had asked Steve to chat to her but he just ran away and left me to it, so I admit to waxing a bit lyrical at times. 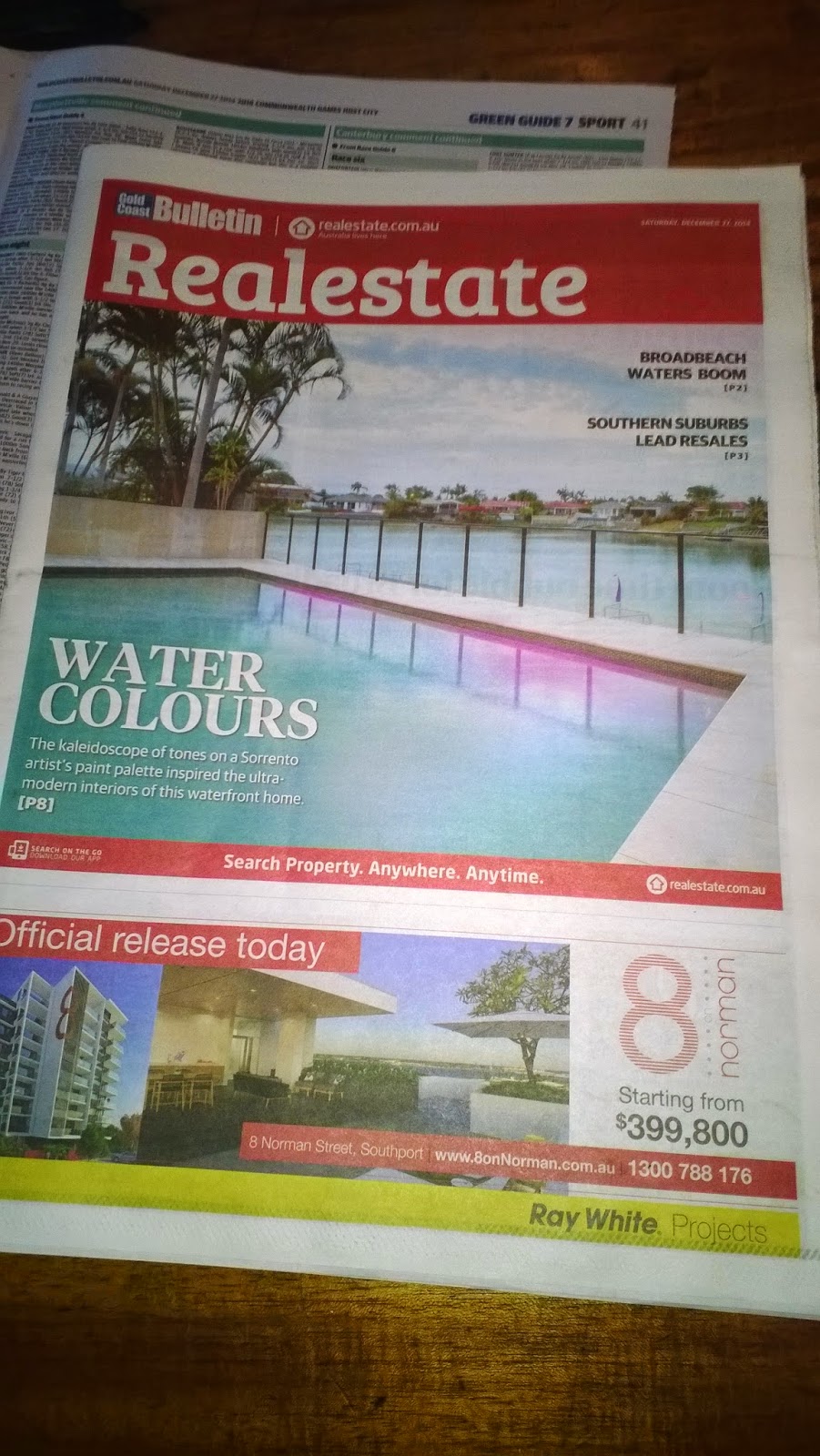 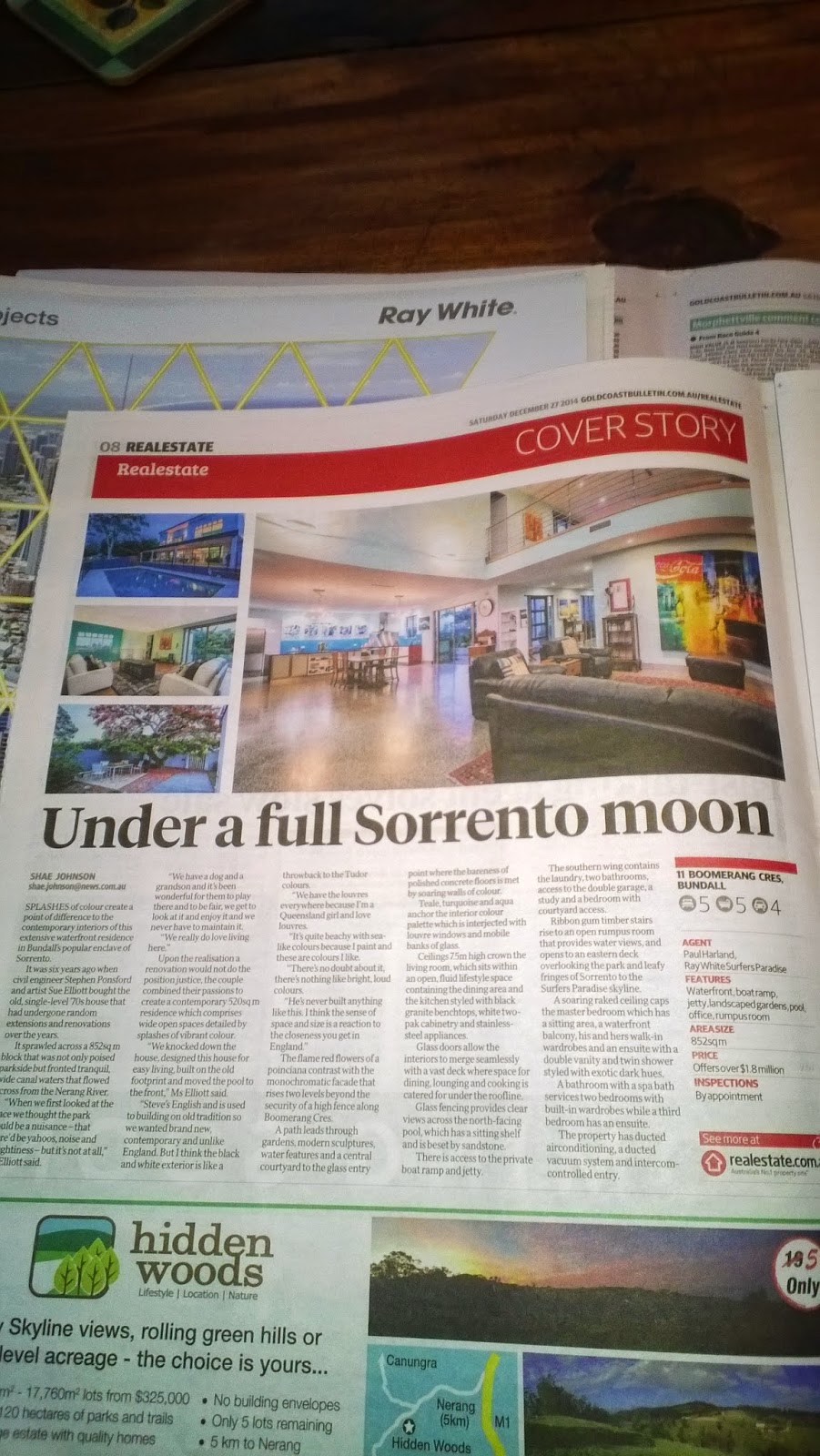 Anyway from the off, I told Paul that there had been an error in the listing in that the address was wrong. I mean while we were building and were getting quotes we told people we lived in Bundall cos it is not too flash so perhaps tradies didn't gouge to quite the extent they did if we said we lived at Sorrento. But as we are trying to sell for a good price, we want the reverse to be true now and we want to use the posh address.

I told Paul this some weeks ago.

But here's the rub. Paul finally told Steve today that the web site www.realestate.com.au charges more for ads for houses in posh suburbs! I thought this sounded truly bogus, but after a bit of research, it turns out that this company brought in this change in June 2014. I suppose all's fair in love and war and if you can get the cash by foul or fair means well goodo. But what beggars belief is that we not happily, paid a premium price for ad placement and all we got was an ad for Ray White in the cheapo suburb. This doesn't seem like a winning play to me.

So there we were with what some people say is the best house article they have ever read in the Bullie! no hyperbole! and it has done us no good at all as when folk go to have a look online it comes up as being in the 'wrong suburb'

It's been a couple of weeks and we are now just waiting for the shoe to drop and for some push to be on to do something we don't want to do, like run naked down the street wearing an A Board, or have open houses or go to an auction, or open up the place to overseas backpackers so we can get a good rating on Trip Advisor. Who knows what the next strategy is gonna be? I only know that I am pretty sure that we are not gonna like it.