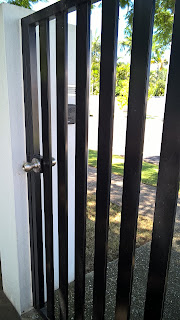 When I was but a girl and newly married and just qualified but unable to get a job cos I was neither single nor male - yeh Ta very much Education Queensland, I took a job selling diaries door to door.

Oddly enough I remember clearly being nervous at the interview. I had driven from Manly to Chermside - that's a fucking long way for an interview to sell shit door to door, but I was desperate for a job, any job, and somehow my self-worth at the ripe old age of 19 rested on scoring the position.

I got all gussied up and put on my polite hat and it would surprise no-one to know that I left there with a few cartons of these bloody books in the boot of my car.

This was years before the idea of arming school kids with boxes of fucking chocolates to hawk around the nieghbourhood. That's the same nieghbourhood as every other kid from school cos that's the very nature of schools. So the parents buy the shit.

I'd had no experience in the door to door schlepping and had never read 'Death of a Salesman'.

It wasn't a great deal really. I had to coax $3 out of punters and I could keep $1 for myself. I was never gonna be a millionaire.

My 'Patch' was the whole of Bayside...

I was bored out of my gourd before I finished the first outing.

I didn't enjoy one little bit, interrupting people's days to try to sell some shit that they truly didn't want and could easily do without.

We bought the boxes, sent the firm the cheque and ended up giving them away to unsuspecting mates. It was not a cash cow!

When I started teaching I put all that crap behind me, and dove into the classroom filled with joy and expectation that only someone doing what they love could understand.

There was a bloke there at the school who always struck me as a bit dodge and it became clear very early on that you should never be caught alone with him. Oh no he wasn't one of those ikky fucks who couldn't keep his hands to himself, but he was almost equally insidious.

He was an AMWAY agent.

A girlfriend made the mistake of being tricked into extending him an invitation to drinks and he arrived with wifey in tow, lugging a fucking blackboard and a flip chart. My friend and her hubby sat through the whole pyramid shit before a breath was drawn and the immortal words of 'Id rather eat glass' were coined.

Once warned was more than enough for me.

Back in the day it was hard to avoid the door bangers cos they could walk straight up to the front door and go a banging. But thankfully now at The Big House, we have a buffer. The front gate is locked and there is an intercom that chimes through the house in an irritating fashion. Too often I just go out and see who's there instead of picking up the handset. It's not cos it's more friendly, it cos I am all too often waiting for a parcel from some online purchase that I am trying to sneak into the house - sorry Stevie.

But I won't be doing that again!

Today there was some old woman waving a pamphlet through the bars of the gate and whispering some shit.

The hackles rose. I stopped short of the gate.

She repeated the spiel.

I turned and walked away, I did not take the paper, I did not speak, I did not collect 200 dollars.

She was selling jesus.

I was glad the gate was locked.
Posted by Unknown at 11:05