Excellence and attention to detail. 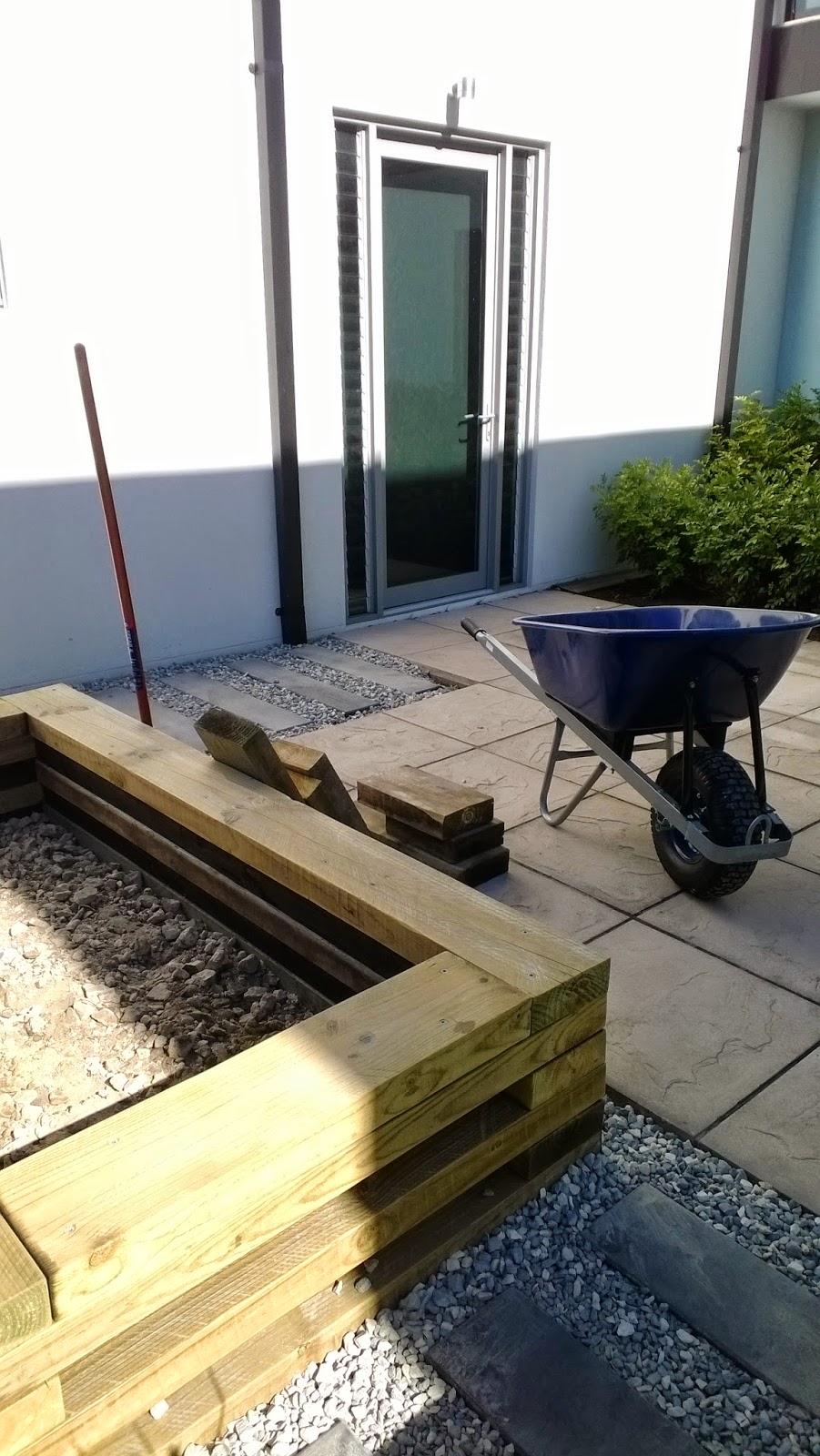 I am the slap dash kind of girl. I like things done quickly in a big rush, following a sort of plan and when things inevitably go oopsy, I make up a new plan on the run. I get things done. Things get finished FAST. But there have been so many disasters and near misses along the way.

Steve is like the little red engine. He plods along, 'I think I can, I think I can.' Everything is planned and measured and planned and measured. Every part of every project is completed in a planned and organised manner. Every element is tested and made perfect before moving onto the next one. I reckon his favourite tools might be the tape measure and the spirit level. When Steve signs off on a project, you know it is bloody perfect, even if you have seen the seasons change and are noticing new wrinkles.

The garden makeover is done except for the planting, and that is my job. The new concrete sleepers which have replaced the twisted old timber ones, are millimetre perfect and completely and absolutely safe and level and bloody beautiful, and the raised planting bed made from those shitful timber sleepers is sanded smooth and as square and perfect as it can be. Already it has become a favourite place to sit and watch 'the girls' swim around.

I got involved at the very end cos by then it was about shovelling and spreading rocks and stuff, so no finesse was necessary and really after so long bent backed, Steve was due a bit of respite. Try as might, I could not go slowly slowly with the shovel. More like mad thing magoo really and so yeh I ran out of puff half way through and then poor old Steve still had to finish off.

Anyway the finished product is a testament to Steve's pursuit of perfection.

I was all set to plant up the raised bed and the pots near the front door with lavender, but Bell has warned that there might be an awful lot of fall out blown into the pond, so now I am thinking about it again. Unusally, I have already had plan one and two, for the planting, but am now thinking again.

Maybe if I think long enough it will turn out as perfect as the hard landscaping.
Posted by Unknown at 16:50