'Elf and Safety vs Playtime. 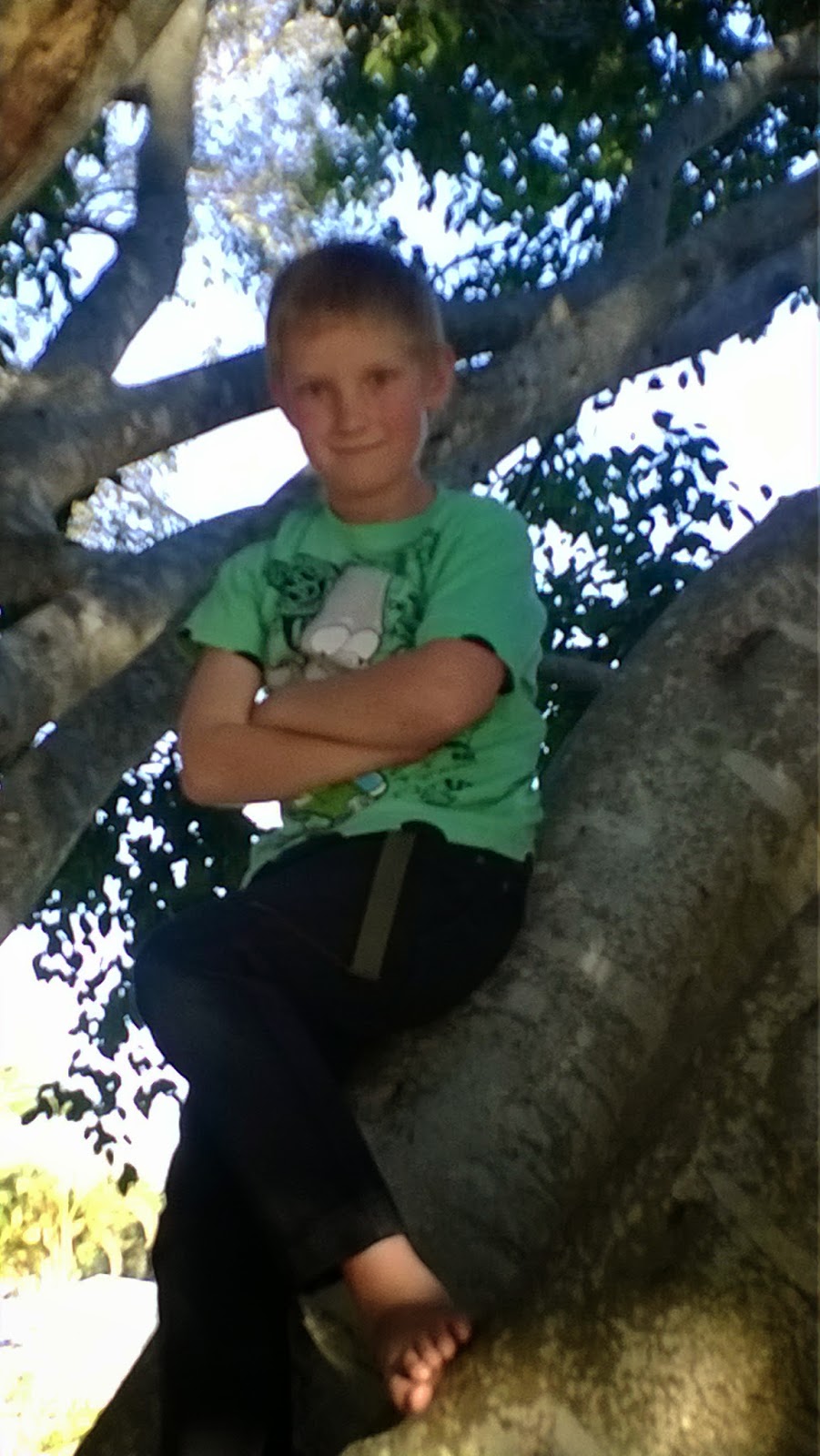 Years ago back when TV was first invented and sliced bread was a luxury, and kids climbed trees and ran amuck from morning til dark, I broke my arm. We would go out barefooted and scurry up tree trunks and swing from the loopy branches and often land laughing, in a heap on the unprotected ground. If there was a row of trees a race would be on to see who go the highest the fastest.

From the time I was about 5, I was throwing myself around all the gymnastic equipment, including the somewhat treacherous parallel bars. For almost a decade I wrapped my self around the beam or the bars and all too often landed flat on my back on the ridiculously thin mats, only to hear my coach yelling,'Get up and do it again!' I remember the everywhere bruises and the delight in mastering a move.

We jumped off verandahs and decks gleefully shouting, 'Geronimo!' on the way down and I took so much skin off just about everywhere that I reckon I could have walled papered a small bathroom with the flakey bits.

Perhaps one of my funnest things to do was to swing madly around on the old Hills Hoist. Our back yard was on quite a slope so you could start on the short side and get a bit of a run up and then swing free onto the high side with legs flailing and arms being stretched to the limit. Of course a good game was to stop the hoist mid turn leaving some poor sod just hanging in the breeze. Yeh that was definitely fun! I don't think they make those hoists like that anymore.

But you know what, I didn't break my arm doing any of those things.

I was 11 and in my final primary school year. I was the captain of the school road crossing team. There were no lollypop ladies back then. Kids sorted themselves. There was a crossing just outside the school and we held up banners to stop the traffic and allowed kids to cross over. It was not rocket science and we didn't have a blue card or a white card or indeed any bloody coloured card. I think I might have had a pretty badge to wear on my uniform, but I could be making that up through wishful thinking.

Before we could start work, warning flags needed to be set up on street poles about 100 metres down from the crossing. This was the least favourite part of the job and one day no-one would go for the little run so as I was the boss there was no choice but to do it myself. I took off running down the hill and got all tangled up in the bloody warning sign, fell over and snapped the bone in my left arm. Well that bloody hurt!!

If it wasn't for that health and safety sign, I reckon I could have gone through my childish adventures unbroken, battered and bleeding sometimes but not broken. I thoroughly enjoyed blowing my whistle and stepping out onto Pashen Street and stopping the traffic. It was such a powerful rush!

It beggars belief that in a time when there was no decreased speed limits for school zones and no Lollypop people employed to manage crossings, that as far as a I can remember, I was the only one hurt crossing the road.

Morningside State School was a pretty big school, somewhere between 21 and 28 classes of about 25 kids, so it was not some small country yokel place. We mostly walked to and from school unsupervised and just got on with things. My lot walked about a kilometre and crossed a major road without any crossing or lights, just speedy legs and a keen eye.

So when I see Zig kick off his thongs and scale a tree in the park and watch him enjoy the bendy branch wobble I am pleased that health and safety has not completely engulfed today's child.