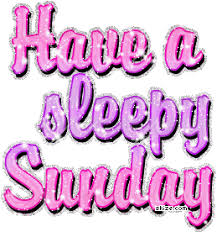 What a quiet old Sunday it's been. Up latish to folding laundry and washing sheets and walking Dog in the misty rain. Yeh it dawned on me too that the sheets might not dry in this weather. Ho Hum!

Coffee at Bay Salt in the village and was lucky enough to grab a  just baked apple muffin not long out of Avril's oven, then off to see about some shelves or a shelf unit or something a bit useful for Belly's kitchen, Well the truth is that last Thursday I noticed that the lovely big flash toaster we gave her for Christmas was still its box along with other stuff on top of her nuker so she admitted that there was just no room for it. Steve and I are on a mission to make room for it!!

We went to Freedom and that was useless but nice and then set the Satnav for Masters. This was a bit of a fuck-knows idea.

The machine guided us and it stood out like a boil on your butt. One could easily be forgiven for mistaking it for a Bunnings except that it is blue not gaudy orange or is it green....

The shop was less nice but more useful than Freedom and we came away with 2 purple 2 packed shelves which came with fixings that Steve, wearing his engineer's hat, was pretty sure would do the job. We also got 2 'pool balls' for the price of 1 - a very happy coincidence.

Out to the park with Nikki and Sam and Dog for a natter and a play - Nik and I nattered and dogs played.

Long Sunday bath with a crescendo of scaping legs so that they slide seamlessly into the new sheets - one of life's great, pleasures.

And now there is the lamb roasting smell wafting through the place and I am bloody hungry. I am lucky that Steve cooks it, cos if it was left to me it would just never happen, especially on a Sunday. I grew up with cheesy toast or eggs on toast or something on toast on Sundays, so the idea of going the whole hog, or lamb or standing beef ribs, just does not compute, even after all these years of Steve doing the traditional on Sundays.

Look out! don't get between this woman and Steve's baked spuds!!
Posted by Unknown at 19:18