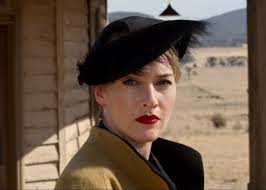 I could well be one of the last people to get along to see this wonderful film cos it was released a while ago and for one reason or another I have been stymied at every attempt to see it. But not yesterday!

I finally made it.

I headed off to the new pictures at Pacific Fair - Events. This has only recently opened. The cost of the tickets reminded me of London - 20 bucks in the middle of the day to sit in the ordinary seats. The Gold lounge I think is something close to 40 bucks at night. So as the somewhat tired old Gold Lounge at Oz Fair is 20 bucks, I expected the ordinary seats here to be something a bit special, but they were just the usual old plastic crap. What a shame. The screen was pretty small too. Cinema 8. Maybe some of the others are bigger. The sound was good.

The new cinema in London's White City Westfield has been very well decked out with proper comfortable chairs at a steeper rake. It's all just more pleasant. I was sadly underwhelmed with the theatre, but certainly NOT the film.

If you have never visited an Aussie small town, I reckon 'The Dressmaker' will give a good indication of the petty minded, incestuous, mean spirited nature of the inbred, too gutless to leave locals.

How's that for inflammatory?

Of course this is fiction, except that it reminded me of a solo visit I made to Mareeba west of Cairns many years ago as a newly engaged city girl visiting my to be mother in law. Oh sure you say, 'What could possibly go wrong?'

I breezed into town looking foreign. I had a big mop of long permed hair that had not been treated kindly with any product so let's just say it was pretty wild, and in 70's fashion I wore as few clothes as possible and they were wildly loud and colourful. I am pretty sure that blue eye shadow would have been slathered willy nilly and I may have even been sporting my rafia daisy wheel bits of tat on my barefeet. I was conspicuous in the city too. People gawked and asked who the hell I was.

The to be MIL was more than a little odd and would have been rather more pleased had I been her son who she hadn't seen in a while cos he had been moved to the city by his father when he was a boy.

She introduced me around and set me up on a sort of catty date with some local Lothario, presumable trying to gather some shit news to poison the mind of my betrothed. We went to the Drive-in. He made a move. I was so surprised that I dropped my ciggie into my lap and rather than burn the shit out of my hippie little fake batik number, I whipped open the door and jumped out, making sure the flames were extinguished. Unfortunately in doing so, I smashed the edge of the door into the next door car door. The bloke was none too happy.

It didn't take even a dozen hours for this story to do the rounds of the whole town. I heard through the window a couple of old fellas talking to the to be MIL about this crazy bitch who had dented Sam's ( yeh I made that up - I don't remember his name ) car. I waited until all the details had been exchanged and then I wafted out flouncing my long blonde perm and jesus sandals to tell them that it was me, I was the crazy bitch about whom they were yakking. There was no point trying the smear the good name of the slutty bloke who had tried it on, I was a city gal and not to believed. I was only too happy when it was time to hop on that bus and head home, back to the anonymity of the big city.

But back to the movie. It was most entertaining. Kate Winslet  and Judy Davis were brilliant, and the others sort of rocked along somewhere between farce and real life. That Hemsworth fella is very good looking but not too believable but did I mention that he is very good looking?

The fashions were wonderful and there were twists and unexpected turns which kept the story moving along.

I am very pleased that I finally made it.