Robin Williams and The Individual 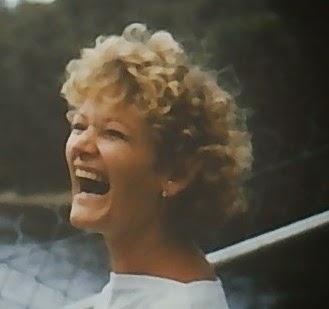 Way back when I was a skinny Graduate with a big mouth and bigger hair, I sat for my first Teacher Interview (called the Morals Board back then for reasons that anyone alive in the late 70s under the control of Premier Joe would understand). They asked me all sorts of shit, like 'Do you think you will be able to manage being married and teaching?' 'What, at the same time?' I wondered, but told them that my husband was such a good honourable man, that he would be able to help me out if I needed it.

And so it went on. The main thrust of their questions being how was I gonna manage being a woman and a married one at that! and teaching adolescents.

Teaching is all I had ever wanted to do. I wasn't one of those kids who changed their minds about what they wanted to be when they grew up. I just knew. My school results would have allowed entry into all sorts of Uni courses for professions which would have ultimately paid many times a teacher's wage, but that was not my driving force.

I just wanted to teach kids. So I sucked it up and answered their banal questions with cheery '70s bullshit.

Finally they asked a 'real question', 'Why do you want to be a teacher?'

I uncrossed and re-crossed my unstockinged legs and said as pleasantly as I could, ' Because there is so much wrong with the Education System in Queensland and the only way to fix it is from within.'

This was clearly NOT the right answer.

A combination of government ordinance which saw teaching positions doled out according sex (men first) and marital status (singles first) and perhaps the Morals Board's reaction to me, saw me wait a very long time for a job, but finally I did get my hands on those lovely blighters.

I reckon you can teach a monkey to remember stuff, but what separates us from the apes, is our ability to THINK, and that has always been my passion. Oh sure kids have to be fed all the shit that allows them to pass the exams , but the rest of time can be spent encouraging them to think for themselves.

I used Robin Williams' films as  a springboard for this many many times. Literally hundreds and hundreds of my kids have watched a Williams' film and have been encouraged to Carpe Diem, and question authority and decide for themselves.

I used to think that every teacher should watch 'Dead Poet's Society' at least once a year. I thought it should be mandatory, except that would hardly be in keeping with the ethos of the movie. I still reckon this movie is my all time favourite.

'The World According to Garp' and 'Patch Adams' and 'The Fisher King' and 'Awakenings' are other favourites.

Mr Robin Williams' body of work has been inspirational.

I hope that at least a few of the thousands of kids I have taught have had the courage to go forth and forge their own paths and that perhaps Mr Robin Williams and I can take some small bit of credit for this.

Thanks very much to Robin Williams, an inspiration. The world is definitely a poorer place for his passing.
Posted by Unknown at 12:03