Bread - We are spoiled for choice.

There's this kind of bread. 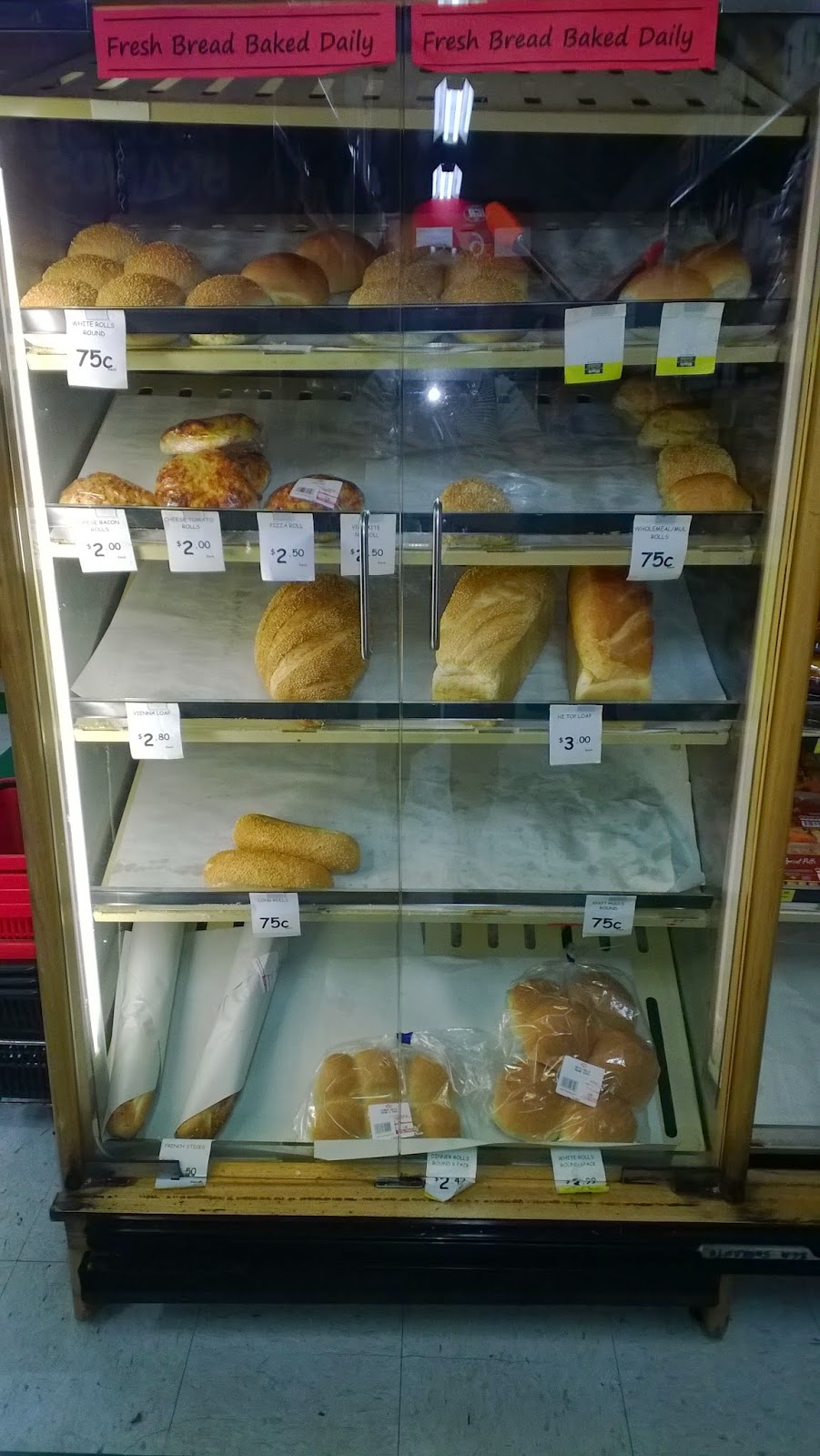 And there's this kind of bread. 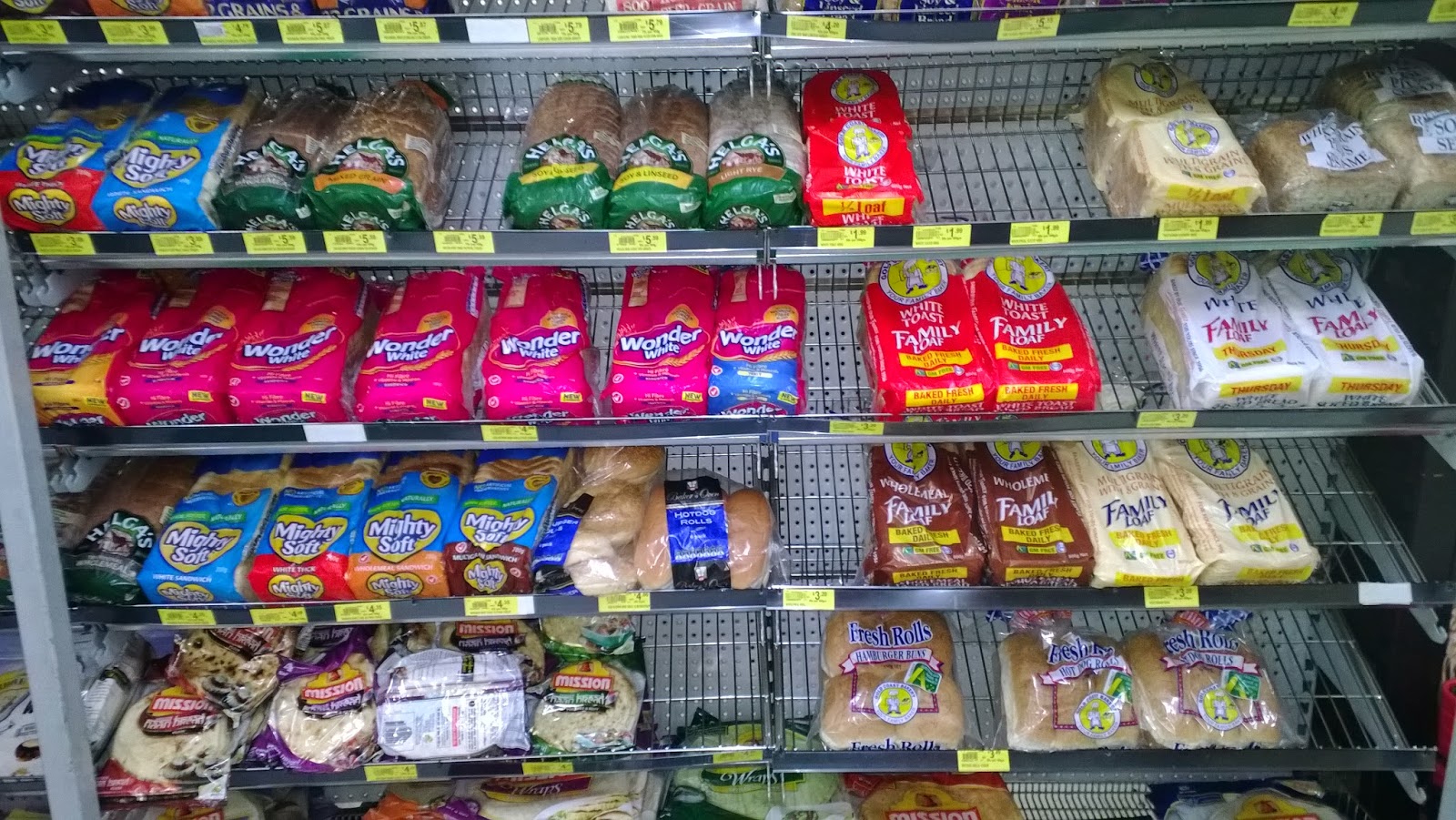 And then of course there's the yummo sort of bread made by friends who have a Thermie or
a Bread maker. The sort of bread that sends waves of yummie smells all through the house that just a whiff of can count as a whole food group of its own and can add inches to the gut with just thoughts of slathering it with delicious butter and homemade jam.

It should surprise no one that the third sort of bread does not make an appearance here at the Big House, and not only because I don't have a Thermie or a bread maker, it's cos I am just too damn lazy!

We are lucky enough to live across the park from a bakery and an IGA so if we want bread we go for a little wander.

The bakery bread is better but more expensive and I have argued with the owner and when they recently made the French Stick about a quarter smaller, I suggested that it would be more honest to just put the price up, so today, Yeh, the price had gone up and it's smaller.... be careful what you hope for huh?

The IGA 'made  daily' bread is ok cos you can see it, but it's not 'made daily' as well as the bakery can manage and as for the other stuff, well I am just not at all sure what it is. It's fine for toast soldiers but I am not real keen on the 'fresh' sangas.

We don't eat a lot of bread. I like a couple of bits of a French stick with pasta - that's what's on tonight! and sometimes I will get a hankering for really crusty white bread with jam or cheese or maybe just more crusty bread. I am not keen on tucking a loaf into the freezer, cos I reckon too often it tastes different and not in a good way.

Consequently there is usually a half opened loaf on the bench near the kettle going mouldy. This is Sunday's craving leftovers. 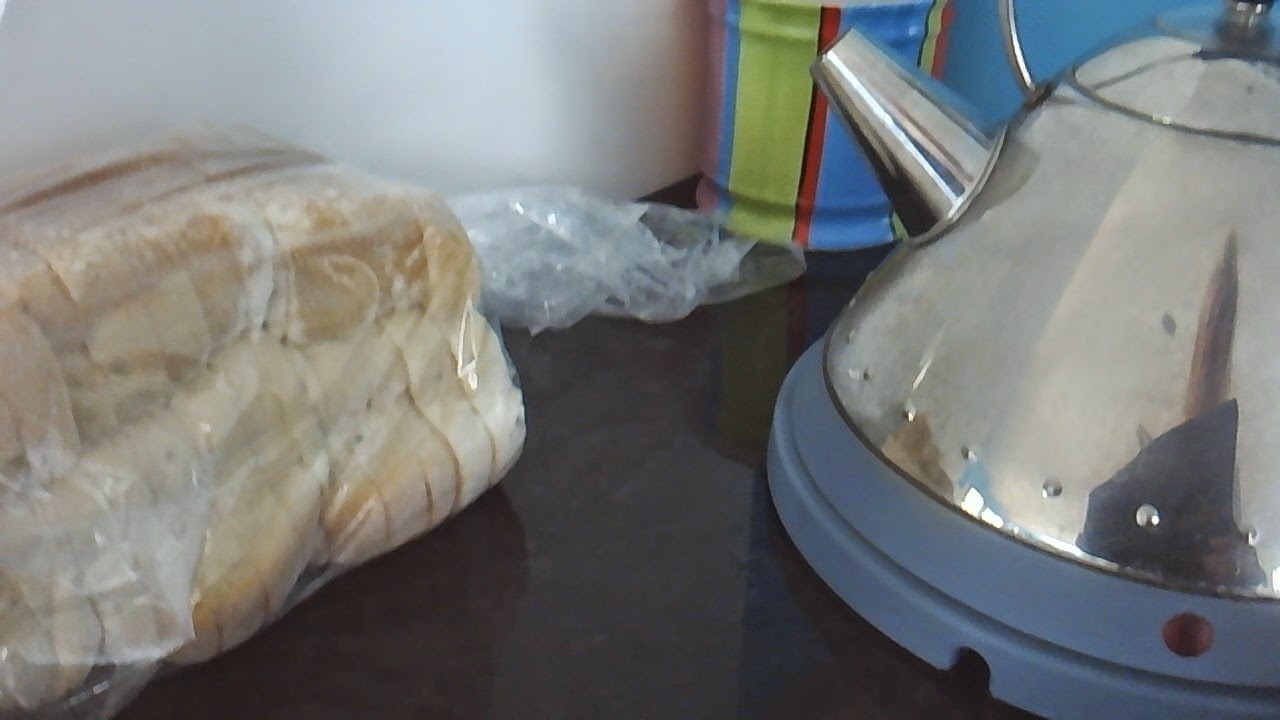 No this is not a staged photo, I just got my lazy arse off the chair and snapped what was there. If I was gonna stage something, I reckon even I would have wiped the kettle over, ho hum.

I keep the 'old' bread just in case we get a visit from the swans and I can be arsed heading down to feed them. Trouble is they are not here everyday and I don't want to touch all that mouldy shit so there are only a couple of days' grace period and after that I am just kidding myself and growing antibiotics.

My sister, when she was a girl, (not now, that would just be silly, she buys her lunch now), used to keep all her school lunches in the drawer under her bed. We shared a room. Her bed stank. The room stank. I grew quickly to hate school lunch sandwiches.

This might well explain why I like to keep the bread where I can see it and why I have never owned one of those bread bin things - all too close to the under bed drawer full of mouldy rotting bread.

Ooo Yukky. Just off to chuck this lot into the wheelie.