Going to the 'Humpity Bump' then and now. 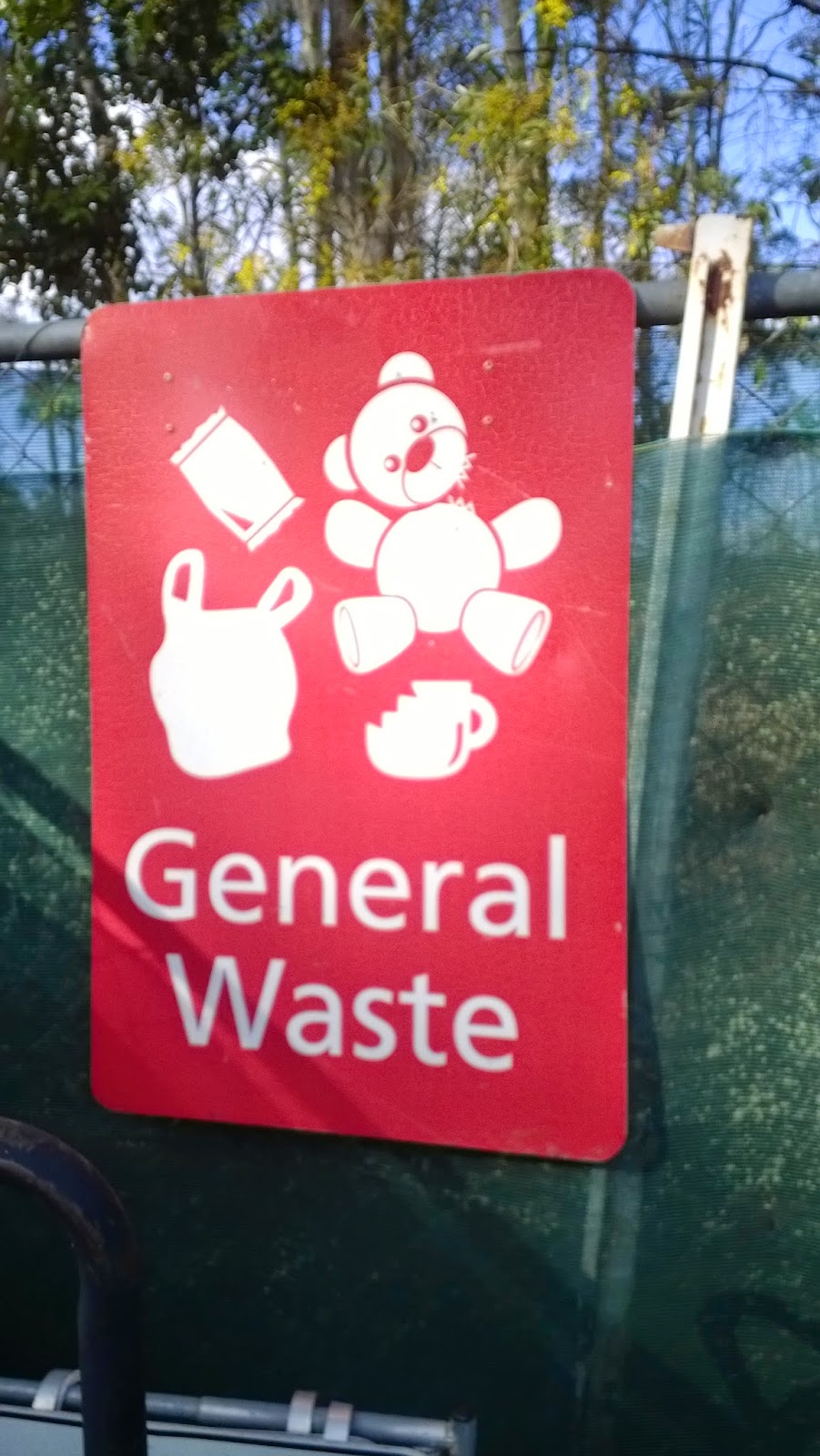 I remember loading a whole pile of shit into the car and setting off with my Dad to the humpity bump. We'd be bloody filthy and sweaty and a little stinky and we'd be pleased to be going on an adventure to one of our favourite local places.

The road or more accurately the dirt track that lead to the big old pile of rotting crap was lumpy and dusty and that's why we called it the humpity bump.

Often times we'd squeeze the car into a silly spot and open the boot and just 'go the big hoik'. I'd run around barefoot or maybe if I was feeling flash, in my thongs.

It used to amaze me what good stuff people just hoiked away. That old saying, 'One man's trash is another man's treasure', must surely have been coined by someone at the local dump.

I can remember finding all sorts of treasures that sometimes Dad would let me keep, but mostly he would just tell me to hoik onto the pile.

When the lump of garbage became too overwhelming a bloke on a tractor would set about pushing it over and from one visit to another the pile would change location and size and all the while the height of the place crept higher.

I loved going to the dump!

I have been there before. It does not excite me one little bit.

The road in is smooth bitumen and car parks are marked up in white paint, and woe betide anyone who messes with that system.

There is so much signage and warnings and direction arrows, that it would be all too easy to 'go wrong'

We put the paint in one spot and the broken whipper snipper somewhere else and then the useless bits of timber and the cracked glass cooktop somewhere else again. It's just as well that we are reasonably literate so we managed to get most of it right. I fear that people less well educated might struggle, except that there is a bloke there to keep order and make sure that no scavenging goes on.

I suppose that this same bloke is the fella who writes up tickets for putting the wrong thing in the wrong place.

We had to dump things in a big deep pit that must have had a scooper dooper thing to push it all to one end when it got too full. The thing that I like to watch is the conveyor belt which just takes your crap on one more little journey before it is unceremoniously dumped with all the other shit.

If you wanted to come home with a bumpity treasure, it would have to be through quick thinking and skilful watching and a bit of serendipitous timing and parking next to someone with good shit who was willing for you to help yourself. Not much treasure escapes I fear.

I miss the old Wynnum Humpity Bump. I miss the rancid stench of the place which heralded all things possible. I miss the ease of hoiking shit away.

I realise that this might not be very 'eco, greenie' of me, but it was a simpler time with simple pleasures and a sweaty dirty smile and my lovely dad. 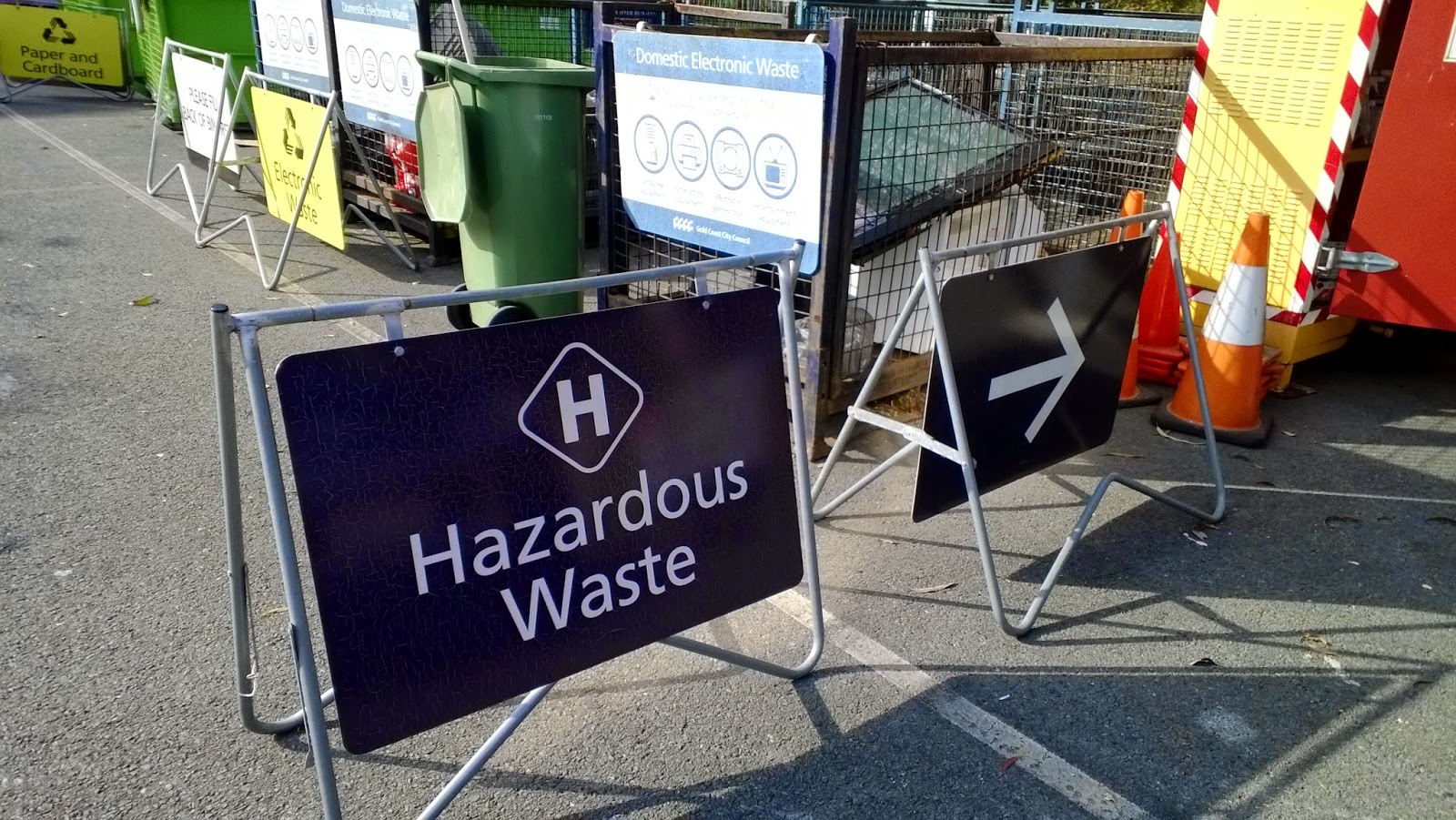 Biggest hazard is getting it wrong! 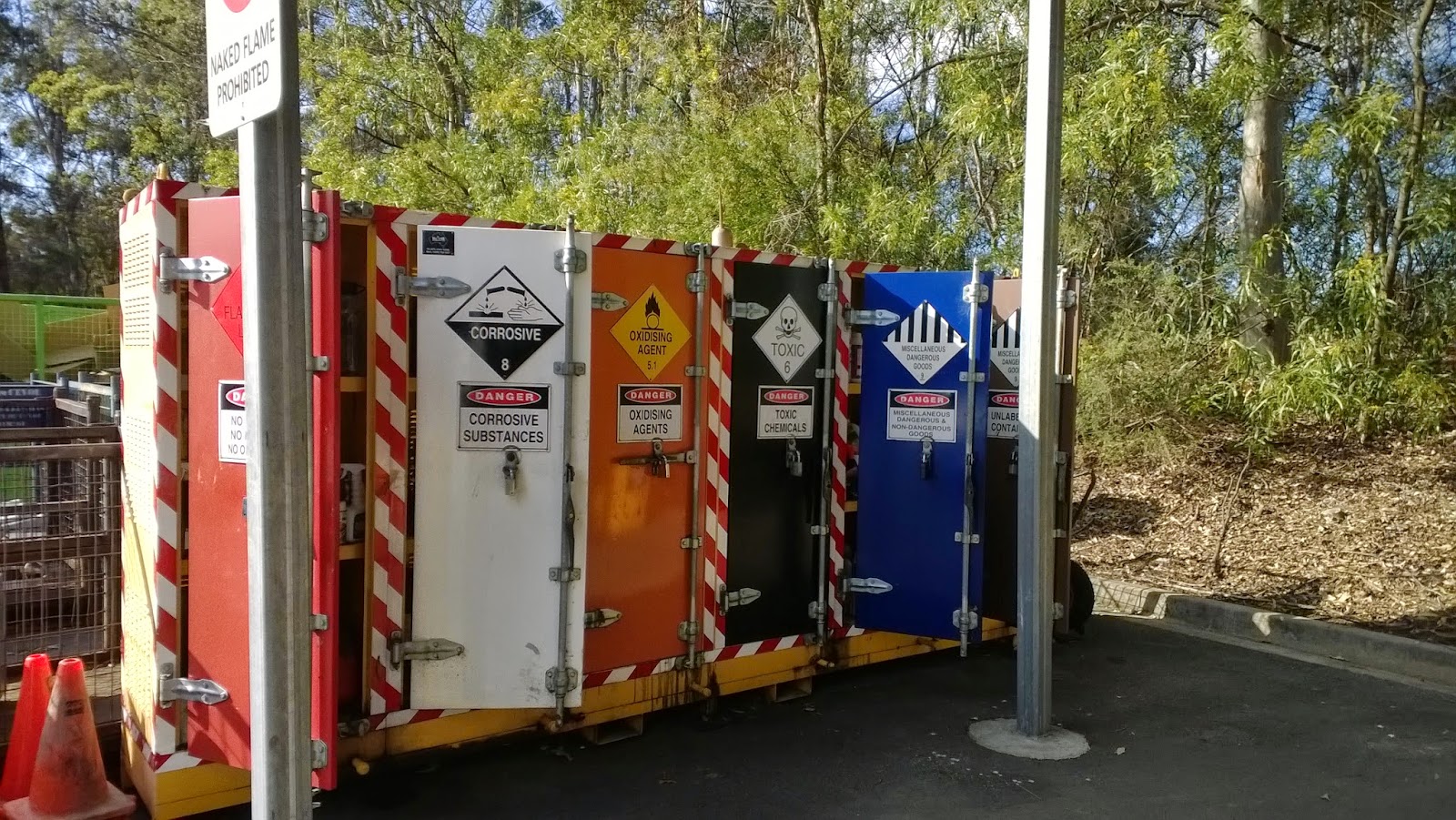 Be a bad mistake to think that these are portaloos 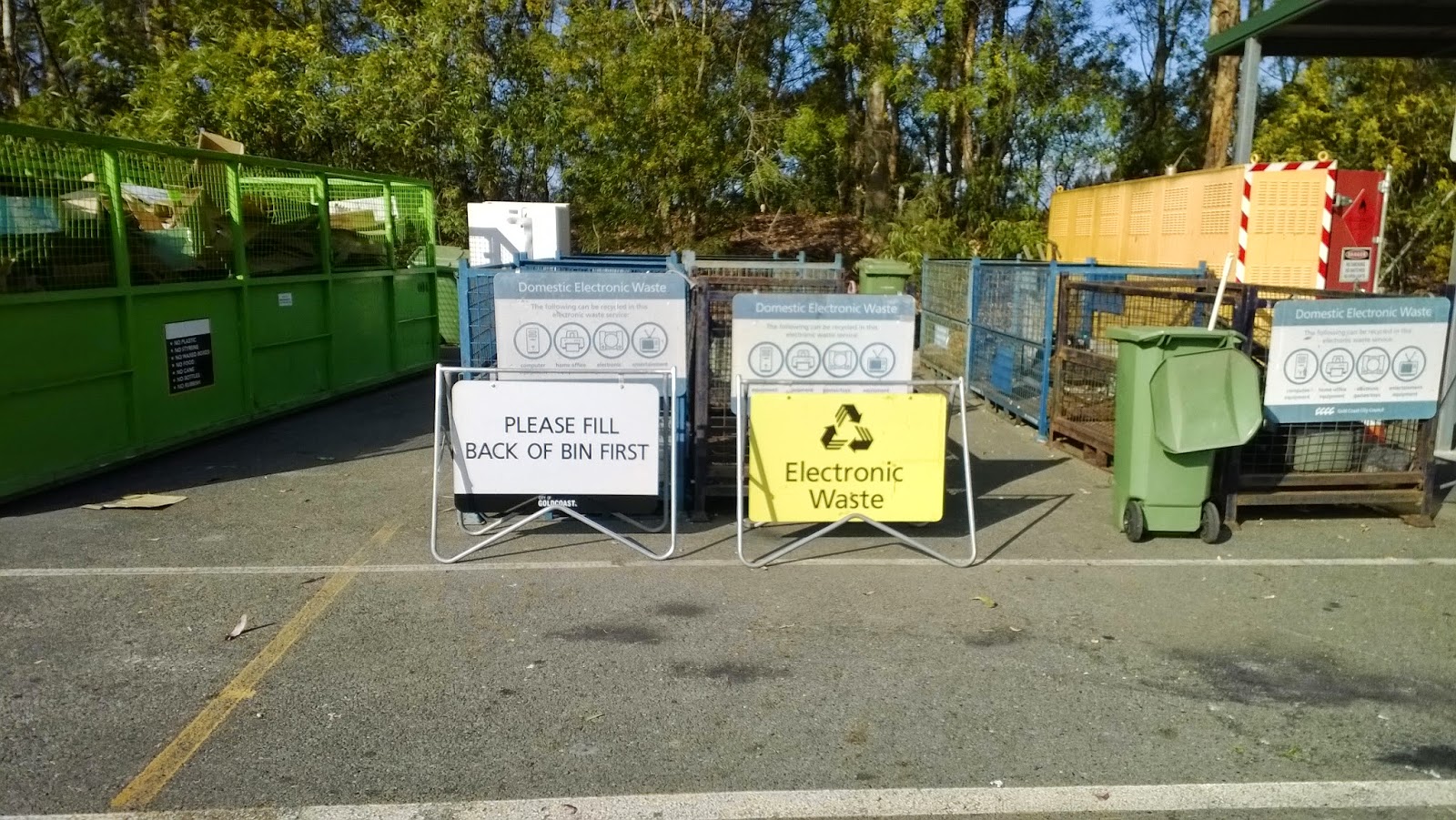 Are they shitting me? 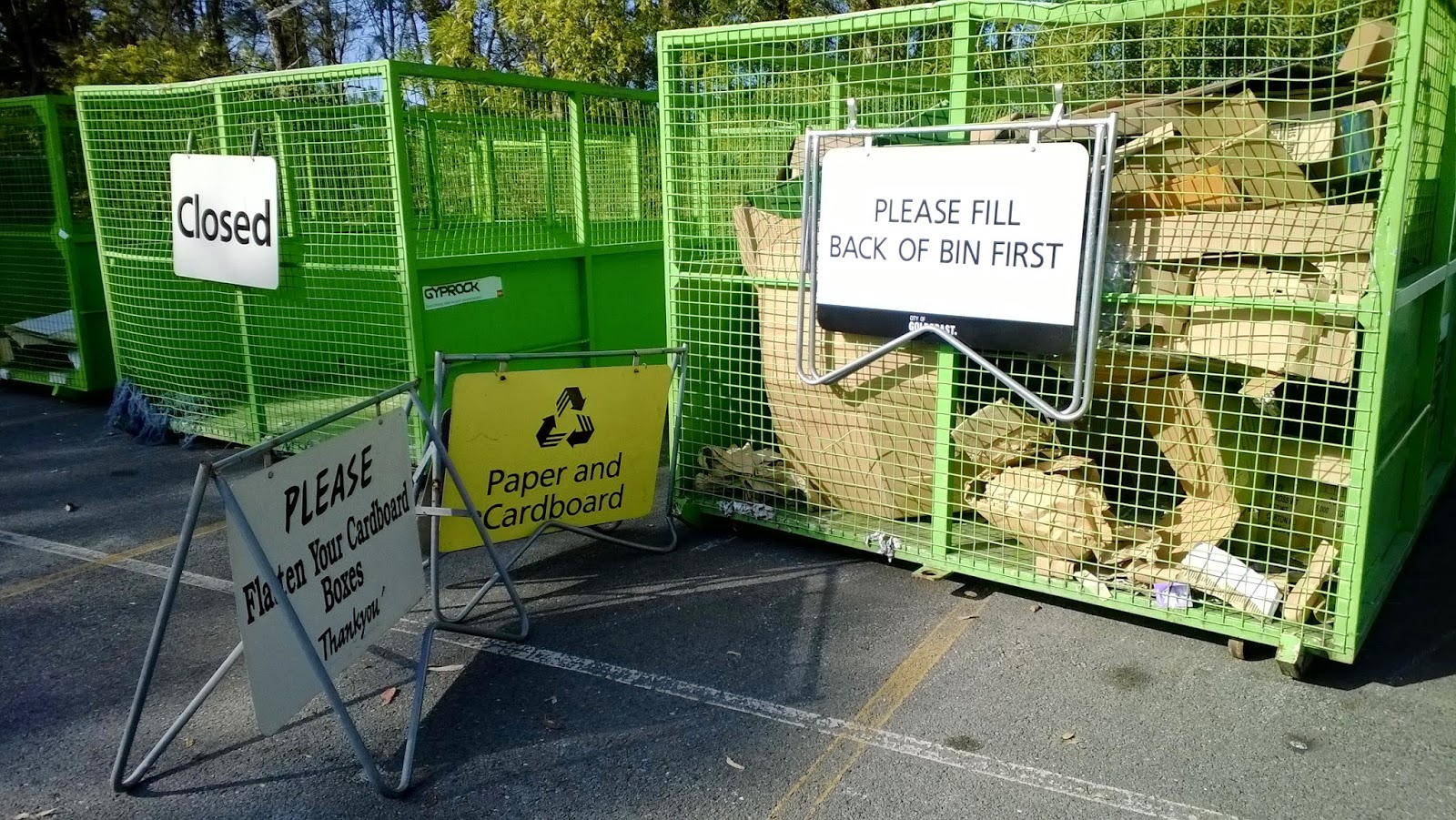 .
I couldn't work out the front from the back, lucky we got permission to throw our cardboard into the pit. 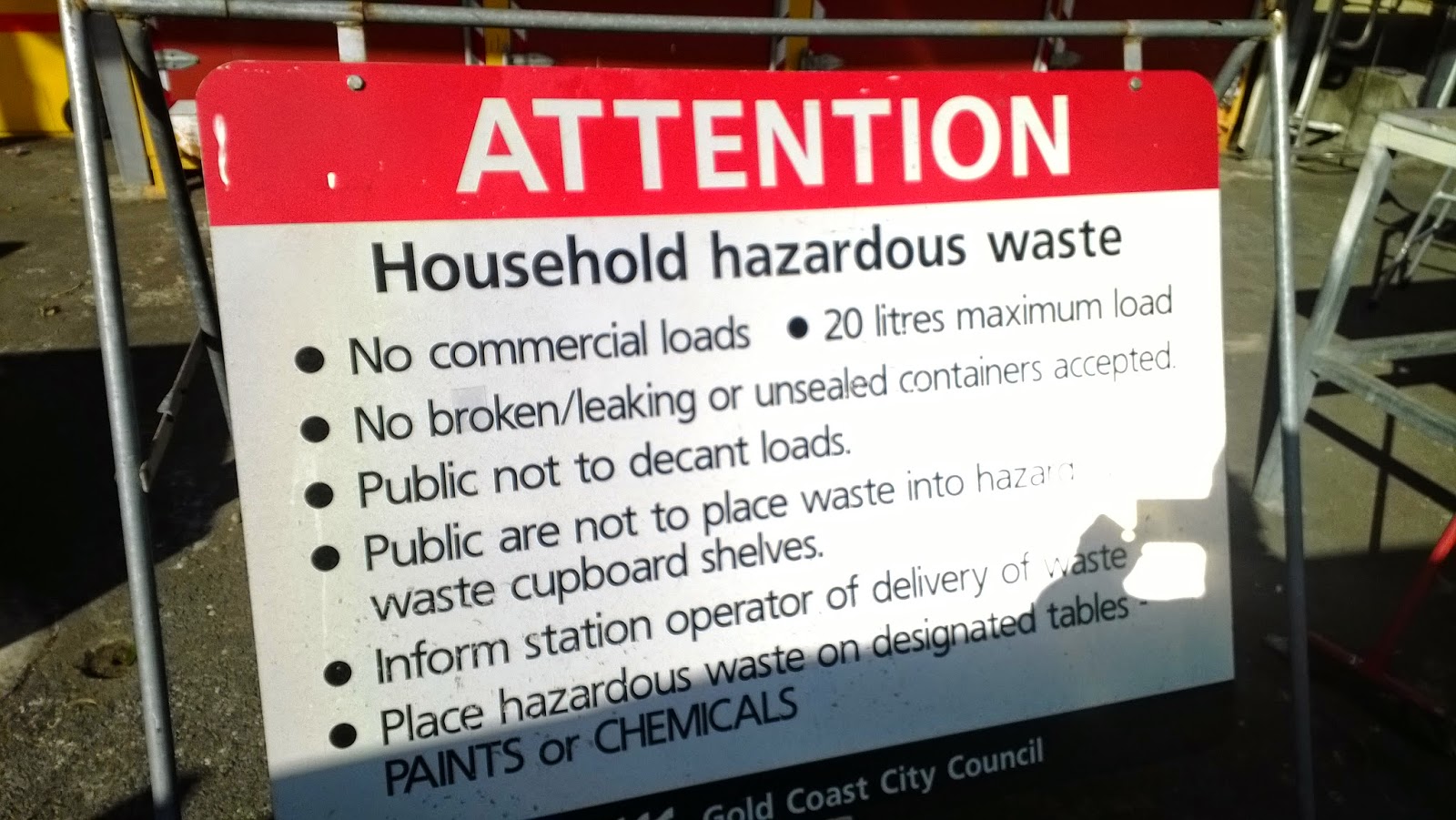 This should be in many languages 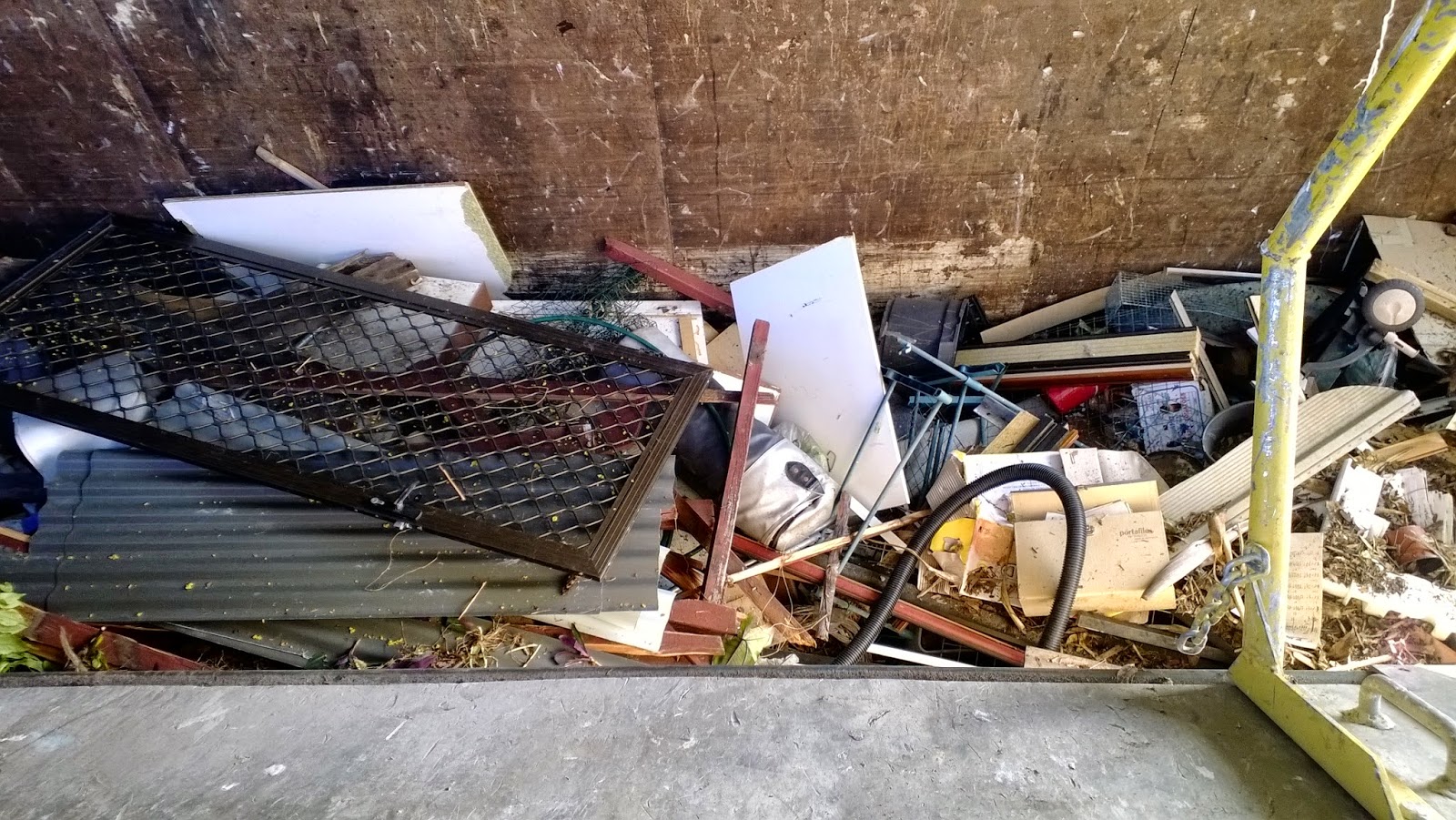 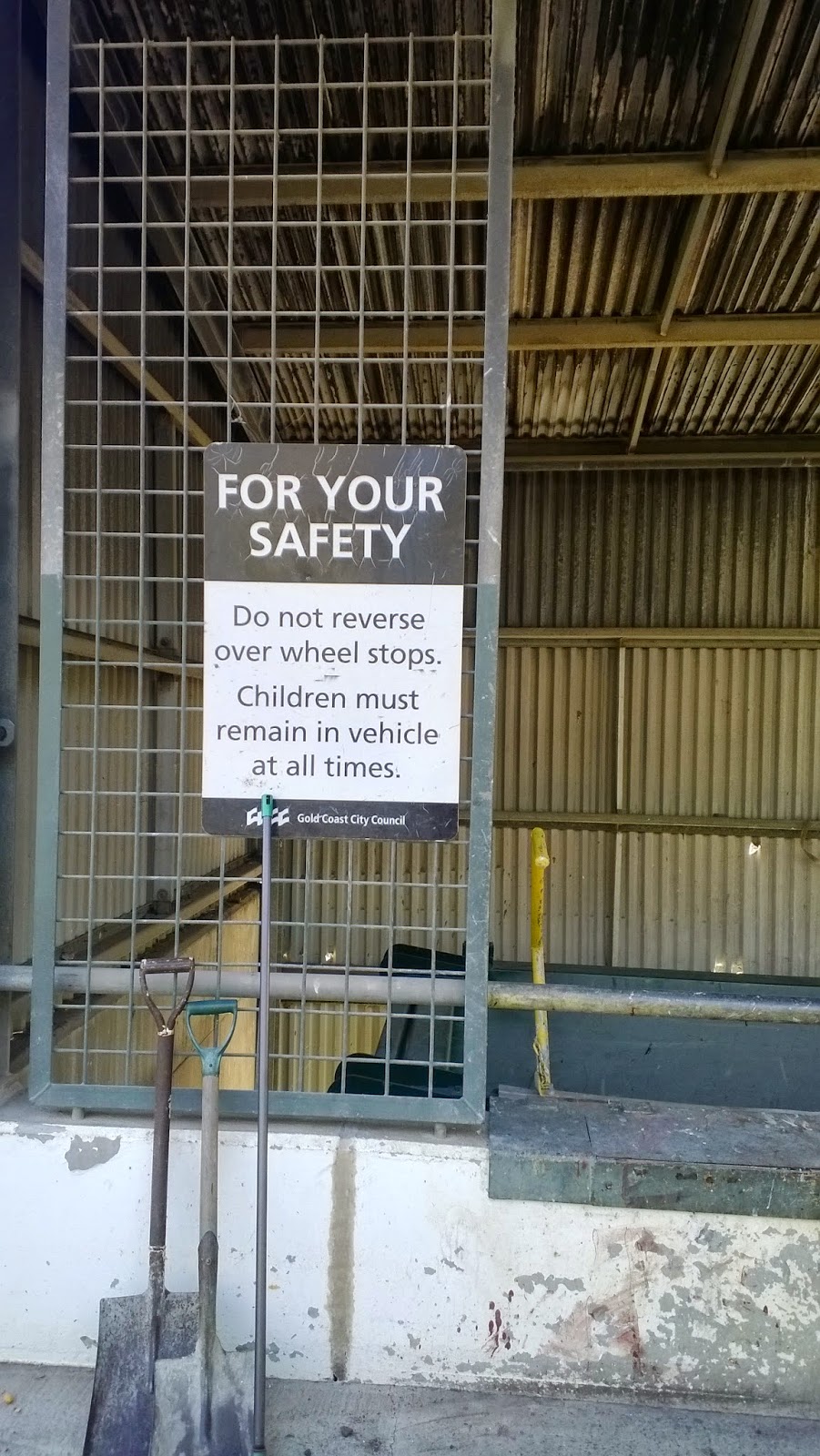 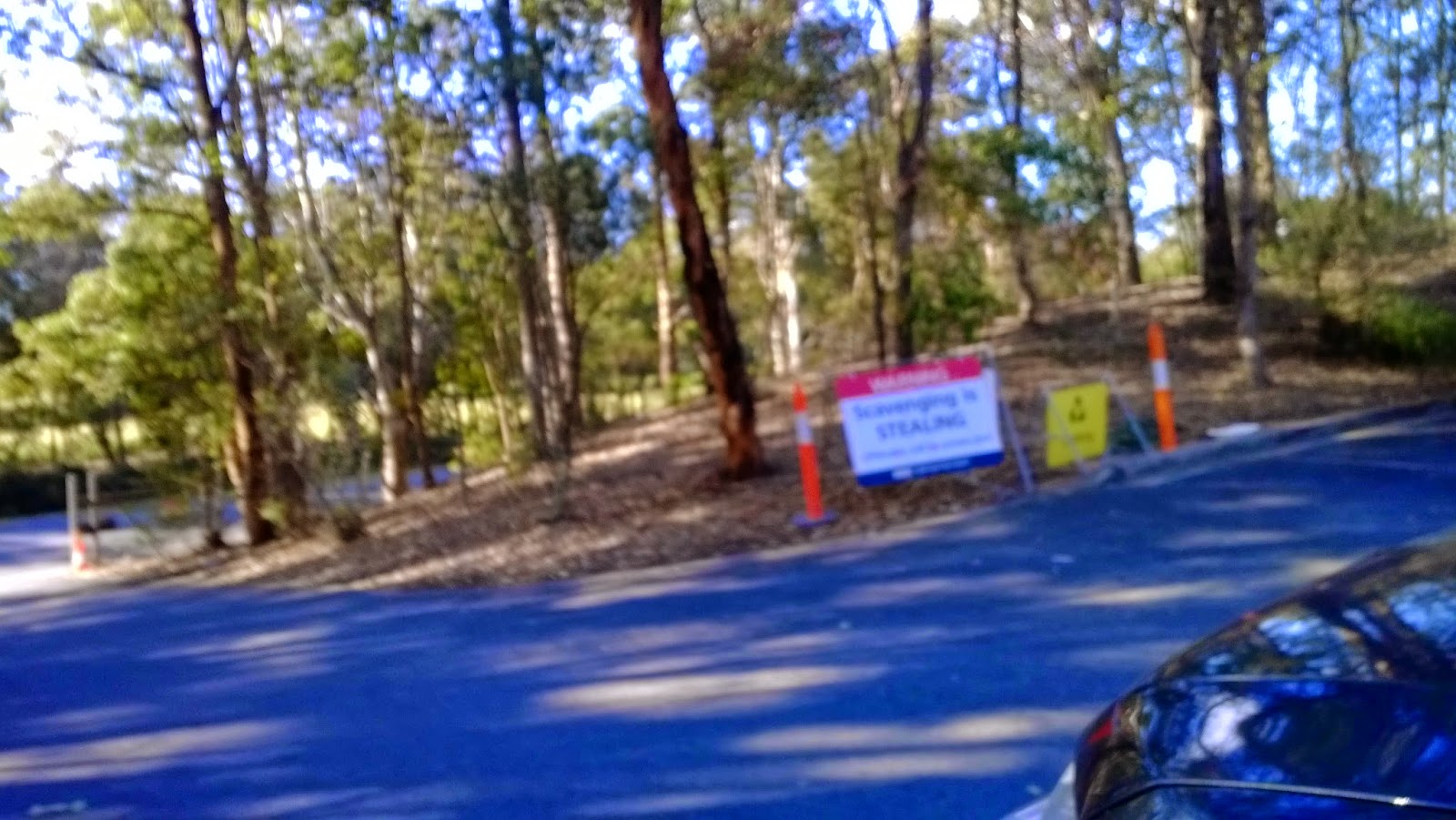 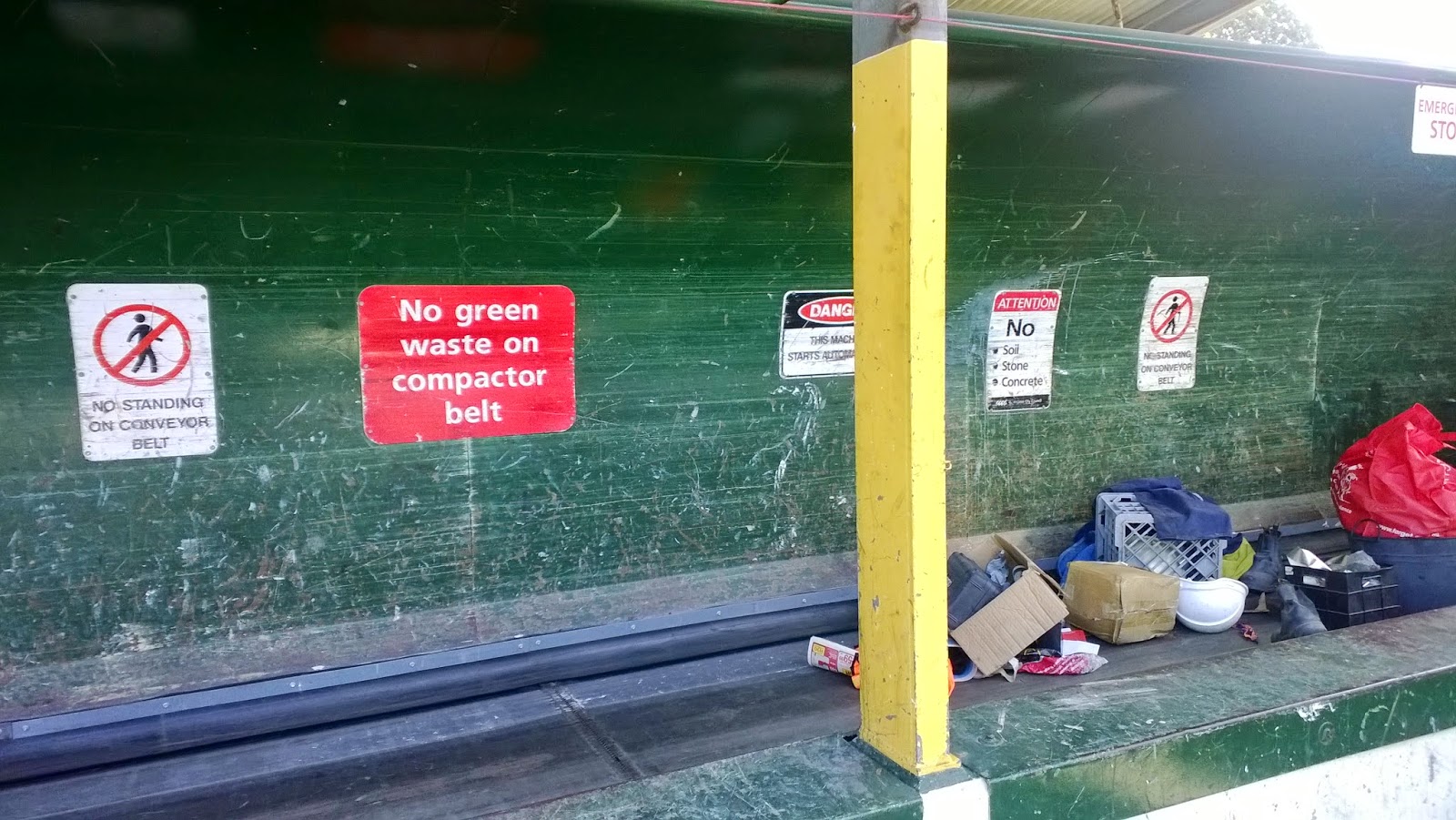 Conveyor Junk.
Posted by Unknown at 17:46