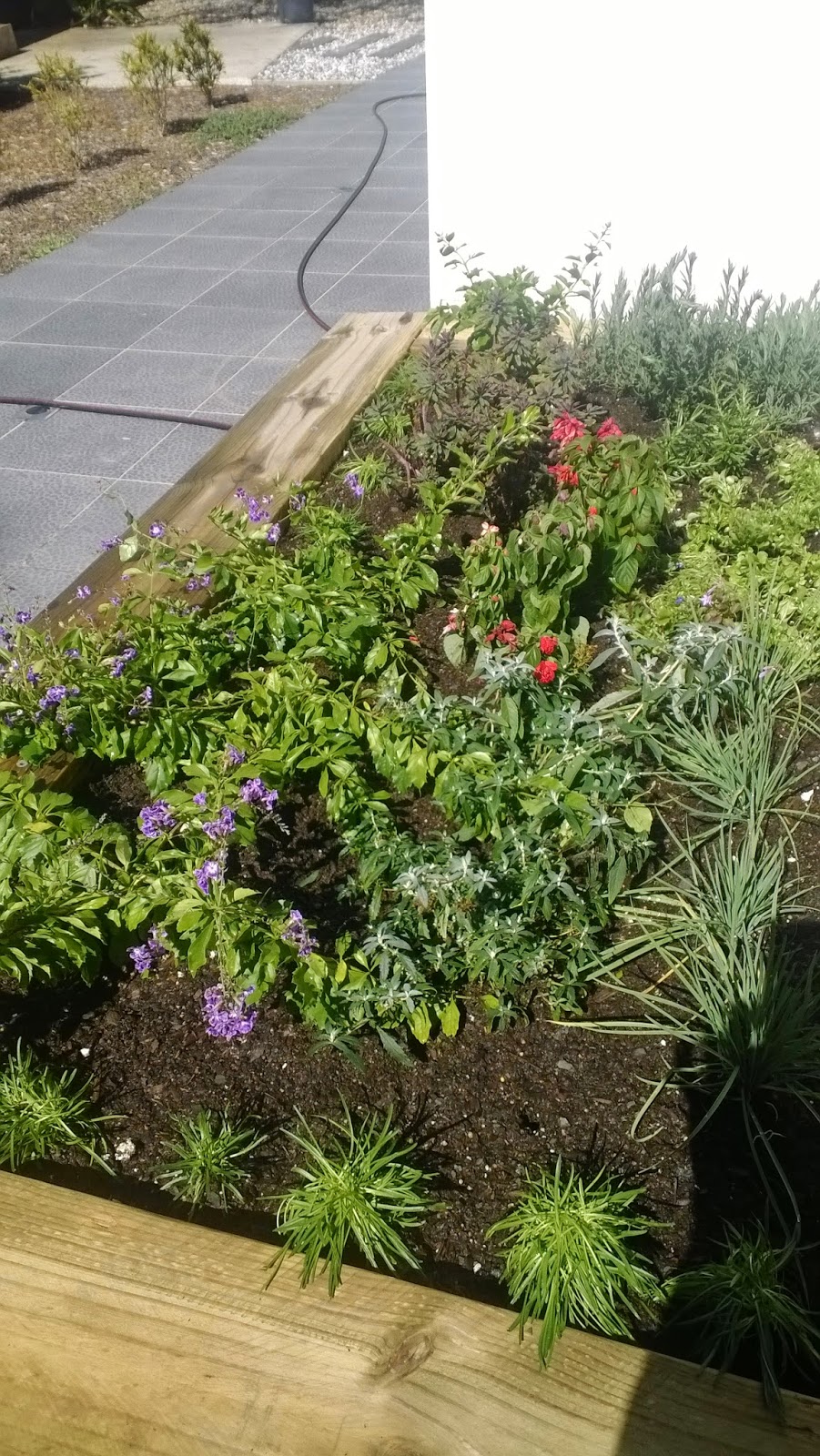 Steve finished off all the hard landscaping in the courtyard a few weeks back and hard it certainly was. He lugged and pushed and cursed at huge concrete sleepers and bedded them all down, no not in a good way, and made sure that they were all exactly bloody perfect. I reckon he had had an absolute gutful by the time he had finished. He sure did not want to 'garden'.

We got the pots for the front door and they have patiently stood their sentry duty by the front door  waiting, hoping, all but begging for a plant companion.

I reckon it had been long enough for Steve to have forgotten about his grunting so I took him plant shopping. Now this is akin to shoe shopping, except that at least if he was in a shoe shop, they might have a men's section so he could amuse himself there for a while.

Instead, he kept picking things and pointing to stuff, and I just kept saying, 'Nope'. It did give him the shits and I understand why. He wanted an explanation but the WHY was mostly the same and had to do with the fact that the things he was picking out were common stuff I have seen all my life even if they were triffid crazy strange to him.

He dutifully put stuff on the trolleys and got out his Amx and shovelled it all into the monster.

We argued about the planting of the big trees cos we both wanted to be in charge. He took over and I sulked.

BUT today, I was up early and at it. I had placed lots of smaller things in the planting box he had made me from the old twisted sleepers and once I had had a final little fiddle, also not in a good way, I set to planting them out. I was in charge.

Later Steve joined me and he began grunting and generally staying out of my way.

We managed to finish off without killing each other or rowing so loud that the neighbours are tempted to call for help.

My nails look like shit. This is why I don't like gardening. Oh look you can see my safety boots in this pic.... I had to take it with my nose, but that's another story. 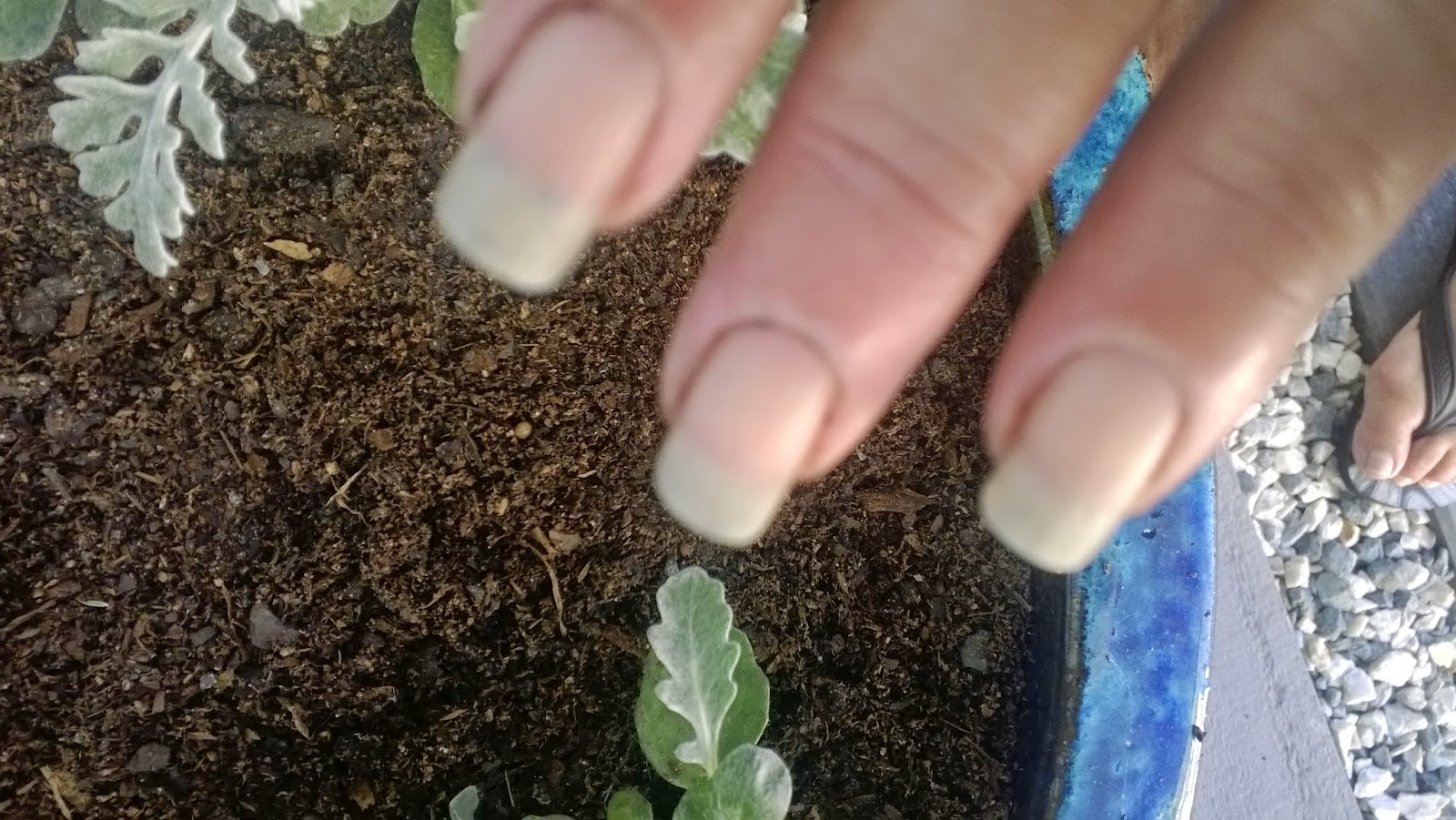 Now we just have to be patient and see what grows. I am not kidding myself, some of this stuff is bound to die, perhaps because I planted it or perhaps because it was shit to start with.

A pleasant time can be had in the afternoon as I step out to water my 'crops'. Ahh