New to me Old Technology has its Foibles. 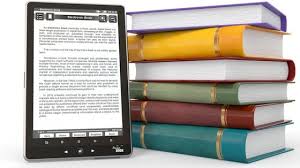 A few years ago Stevie gave me a Sony E-Reader. I didn't know what to do with it and the 'How To' book was a bloody nightmare to me, so it collected dust until Carol, my friend who knows all things technical, came to stay for a couple of days and she spent hours - yes HOURS setting it up for me. I reckon there were a number of times when even she nearly gave it away. She owns a Kindle and she kept saying how much easier it was.

Anyway, she got it sorted and I learnt how to buy books and off I went. It was sooo good and Steve was so jealous that I had to get him an E-reader for Christmas. Yeh I got him a Kindle and he set it up in about a minute.

Lee Childs has churned out about a million Jack Reacher books and we have been reading them cos they are designed for people to read quickly and then forget. I read '61 Hours' and it was OK, if more than a little predictable after reading a few of 'em. What I had not expected was, that for a tenner, you'd buy a book that was not complete!! It finishes with, 'To be Fucking Continued', Well truthfully less of the fucking and more of the how shitful is that !!

Now because I had an E-reader, I just went on line and bought the next one so I could find out in what strange unbelievable manner Reacher escaped this time.

I reckon that is just too fucking greedy for words to put 1 book into 2 editions so instead of a tenner it cost 20 dollars especially when the second book was a load of shit. It was over written and extremely unlikely even given the Jack Reacher take on things.

All I can imagine is that having signed some sort of a deal with Tom Cruise for the Reacher Rights, Lee has decided to really spin out what he can get from Hollywood and at the same time take the piss from the general public. As an aside, I find the very idea that Cruise makes a believable Reacher absurd, for a starter, he's just too bloody small.

SO now I am gonna take the piss myself. I'm gonna spend time in book stores and email myself a list of good'ens on my smart phone and then buy only ones that I reckon I have actually seen.

It's just too easy to throw good money after bad whilst lying back in the bath. Damn that Wi-Fi connection.
Posted by Unknown at 15:21