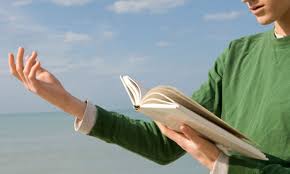 It was Mother's Day at Bell's last night. Both Belly and Zig had pushed their boats out to get the old gal - ME, some lovely bits and bobs. It doesn't matter what it is, though anytime you get some nice smellies for the bath is a good time, Mum / Ma is always gonna love it! And love it all, I surely did.

Then we went off to The Junction Hotel which used to be an old man scratch the scrotum and spit sort of a dive but is now all hip and trendy and they have $10 steaks on Monday nights. Steve and I wondered how they made even a penny out of the meals and maybe it's true that they just hope everyone has a bucket full of beer cos that's where the profits lie on a Monday.

Just as Zig was delivered his banana paddle pop for dessert, his father rang and this was the downturn of the evening. Zig had to grab the phone and run off shouting, 'Don't speak Dad Don't speak Dad', cos apparently Dad gets the shits up if there is too much noise for Zig to hear him.

Zig's happiness had evaporated by the time he came back to the table. Seems that even though his old man had promised to attend his performance day he was ringing to give 3 lies as excuses why he could now NOT go.

Zig was worried that he might be only the second ever kid NOT to have someone watch him! Of course he was disappointed that his father wasn't going to make it. I pointed out that at least one of the excuses was a lie, I just couldn't help myself, and I told him that it was Ok sometimes to be cross with his dad.

So this is the go. There is a 'Performance Segment' every now and then and there is a complex schedule and each kid takes a turn at being Chairperson, and reciting a poem and singing a song and playing host to a 'What's in the box' bit of fun. So each week family member/s of the 4 leads front up and take a back seat to watch. The performance runs for just a few minutes and starts at 12.50pm. That's 4 visits from family per kid this term!!

So this is why it's a flash place!! It seems that the majority of families are lucky enough to have a stay at home parent. Now I am being very PC about this cos I am pretty sure that the vast majority of these stop at homes are female, but there might be just one or 2 blokes who are also always available to pop into school for a few random minutes, to put added pressure on the kids.

There is plenty of notice and the term's schedule was available weeks ago. Zig and I looked at it last week and cos Bell would be at work, I said I would be happy to go along. We had a bit of a preview of his poem and I coaxed from the sidelines - a drama teacher never dies, and then there was the bloody call from his father. Zig ran off to his room, which is the 'Phone Call Rule'. He popped out a little later and grabbed the schedule and disappeared again.

He came out beaming. His Dad was gonna be able to make every performance!! Well that certainly should be possible especially as he quit his job so he doesn't need to pay any child support, but I found it unlikely.

The adjectives rolling in my mind to describe this arsewipe are not fit for public consumption. But how bloody dare he? How can he care so little about the affect his lies and deceit have on his kid? What sort of a nasty piece of shit is happy to be a constant source of misery to a little boy just so he can get his jollies screwing adults over? The bitterness and bile that run through his veins I can only imagine.

We solved the audience dilemma and soothed his tears while sitting on a step outside the men's loo at a quirky little pub.

I soo hope Zig remembers the kindness and reliability and love, and that he finds the strength to become other than what his sperm donor demonstrates.
Posted by Unknown at 15:57