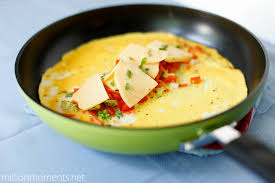 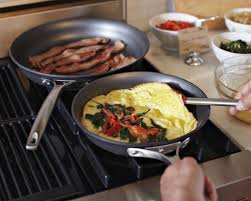 I am not an interested cook. I reckon if you can buy it or eat out or have someone else cook for you then a NIKE is necessary,  Just Do It.

I have never made a successful omelette and it's nearly my oldest birthday. I reckon the chances of me starting now are very very slim. I cannot recall ever even attempting one, though it is possible that somewhere in my dark past I had a go and it was such an unmitigated failure that I have wiped the memory away, like chalk from a board during afternoon detention, yeh, THAT I remember!

So this morning we were all up at silly O'clock because Stevie's monster truck was due a service, and don't they just go on and on about that! So he actually bounded out of bed and I said I would meet him there cos there was no point in me sitting there waiting for him to go through the usual shit. I shovelled Dog into my car, we picked Steve up, run Dog and were sitting down for breakfast at Avril's all before.....wait for it.....8.15!!! It was a shocker to everyone, us included.

As we were driving back from the truck shop, I suggested breakfast out and as the idea became more concrete, I decided on an omelette. I have been known to make eggs of all sorts, poached, fried, scrambled, quiche, frittata, benedict and boiled, because I like an egg. But I don't do omelettes! Avril's Chau makes fabulous omelettes and unlike some chefs, he doesn't mind putting in cheese even though it makes a bloody awful mess of the frying pan. So a ham and cheese omelette for me and eggs with the lot for Steve and a side of bacon for Dog. We were a happy little lot!!

There is something so satisfying sitting out in wonderful Autumn weather, having someone else cook breakfast. Yummo!

And yes Autumn has finally struggled along. Days are shorter and cool enough for a sleeve and evenings are dark and cool enough for a coverlet on the couch while Dog keeps my feet toasty. The sky is just barely loosing some of its vivid blue and I reckon people in general are of a much happier demeanour. This is my favourite time of the year.