Boys vs Girl, Males vs Females, Culture vs Biology 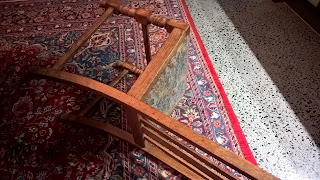 Tuesday is Brisvegas day, and I love it.

I get to spend time with my girl and her boy and watch 'em play and fight and just generally get on with things.

I don't remember much fighting going on when Belly was a girl and that might be because I am wearing my rose coloured glasses now I am older or it might be that we had 2 girlie brains in the house and so had more compatible ways of doing things and areas of interest and all that stuff, or it could be that I have just forgotten, ho hum, the result of old gal brain.

So yesterday my Lovely Boy said, 'Teachers always give girls an easier time. They listen if the girl has a little scratch but they tell boys to harden up.' And then he said that he and a girl finished a task quickly and the teacher gave them some tables to write out. She got 3 lots and he got all 12.

Now that all sounds like a punishment either way, but the ways of primary teaching are foreign to me.

I asked him why he thought that had happened and firstly he decided it was because she was a girl, and he was a boy.

We talked about whether not there might be other reasons.

She writes more slowly and neatly.
She knows her times tables better than him and so needs less practice.
He knows his better than her so would be faster than her.
He was likely to get up to mischief when he was finished so the teacher wanted to keep him busy.

Who the fuck really knows the reason, maybe the teacher just spat out the first thing he thought of to each of them, unaware that they were keeping score, maybe Zig had given him the shits and he wanted to punish him without putting him on detention, or maybe the kids got it wrong altogether or the girl just told a bitchie lie. It doesn't matter a damn.

What is interesting is the discussion we had about how differently girls and boys are treated.

If you google gender differences, the smarty-pants of the research world have plenty to say.

**The Male and Female brains are the same - Cultural v Biological - we make 'em different cos of the way we treat 'em.

**The brains are physiologically remarkably different and this means that girls are good at words and boys are good at maths.

I am not a scientist.

The furniture was stacked up for the boys. They liked to be on the floor and moving around and when they got rambunctious which they did a lot, they took turns running around outside. Their problem solving happened physically and in a great hurry as the timer counted down. They were competitive particularly against the clock. From the outside it probably looked pretty chaotic, but there was good stuff going on. So long as I didn't expect them to sit on their bums for 90 minutes and keep quiet and write neat little notes and do plans for group work, they did well and I didn't go too nuts. Perhaps because I can easily read a map and still know my times tables, our brains were simpatico.

The girls I had more trouble with. . They happily sat on their bums and chattered and pointed at each other and me and were just bloody mean to each other and ME. They lied and cajoled and did nothing in class, but handed in stuff finished at home, so authenticity was always a worry. They competed for attention, not mine of course, but the meanest coolest girl's. It didn't matter what I tried they just turned on me. They were hideous. Wouldn't you think if the common brain theory is correct that I would have been able to second guess 'em, but I failed, spectacularly and completely. Perhaps my brain is just not female enough for a group of year 9 girls. This possibility does not upset me.

I don't want to spend time chopping up brains or doing phsycho cultural nurture testing to discover the truth, but I do find it interesting.