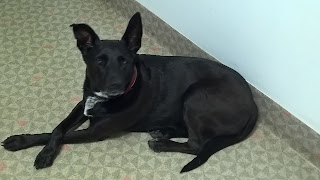 I don't know why the floor and the skirting boards look like that, but here is our chosen Girl.


I think I have unfortunately seen some shitting ad on the tellie for some reality 'Do-over' show and, no I do not want to watch it, but I do wonder if I had a magic wand what stuff I might have done differently. Cos god knows I am a gobby bitch and it could be that if just occasionally I had kept my gaping gob shut, life would be better.

I suppose I could have not said, 'You're a fucking liar' to the deputy at the school where I was doing my last ever contract. Yep I could have definitely sucked it up and bent over and taken it up the bum, so that she could have continued to feel all powerful, and so she might have daned to employ and exploit me again. And the upshot would have been that I would have developed an ulcer because of the unfairness and the lies, but the kids would have benefited, though there is no proof that me not being there did them any harm so maybe not.

And I have always been perhaps a little too brave with my fashion choices like the Bay City Roller pants I made to wear on a school excursion when I was 17. They were so much wider in the leg than were the fashionable store bought jobbies and I made them from such heavy fabric, that when I decided to go swimming in the little lake, fully clothed, just to give the teachers the shits, well I very nearly drowned as the pants filled up and sank down. Lucky that A. I was a good swimmer, and B. I didn't have to kick 'em off and climb out bare arsed, cos even at the ripe old age of 17 no-one really needed to see that.

It's true that many of the things I have fashioned tapping away at my sewing machine would not win any awards at the Aussie Designer awards, but I have learnt to stare down the many detractors and scoffers and fall about laughers, and now at 55 for the third time I really just don't give a shit what people think. It just doesn't factor into my choices at all. SO that can't be a bad thing can it? Well not for me anyway, cos apart from fleeting glances into a mirror I don't have to look at myself. That's for others to worry about and possibly agonise over.

I imagine that being forthright about problems with restaurant meals might well have seen a line up of kitchen staff falling about giggling as I chowed into their second attempt at dinner which hit the table with a dollop of their spit or piss for good measure, but as I have not been sick and generally the second go has been an improvement I reckon I must have come out ahead. I do wonder why people are happy to part with good money for bad food when a polite complaint so often sees a big improvement. My interest in yummy is greater than my fear of spit.

We could have chosen NOT to go with our Dog choice at the pound because she was not perfect. In fact she was more than a little flawed. Her back end was oopsie and she had abandonment issues, Now as she is getting on,  her hind bits are becoming more of a concern, but really we would have been far the poorer for not having our gorgeous girl in our lives for the last 7 years. She might have been a dodgy choice but certainly not one we would change with the hindsight chance of a do-over. She has brought us such joy and tears of laughter over her 7 lovely years and we are pretty sure that she has been a happy spoiled dog while she has been part of our family.

Of course stuff goes on that is truly shitful, but that is not through choice or active decision making and so sometimes it is necessary to get out your paddle and wade through the mire. Suck it up and just do it I reckon. And before you spend too much time lamenting your choices, spend time imagining what your losses would be had you not gone down your chosen path.