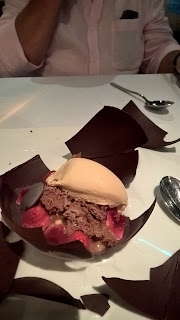 So yesterday I was 55 AGAIN.

Yep in real person numbers I am now 57, so that makes it the third time I have had my 55th birthday. I like this cos you know, it keeps your mind sharp doing all that complex maths as you get older, so I am not gonna get any older than 55 but I will of course keep a track of how many times I make it to that nice fat shaped - looks like me, number. See I reckon if I admit to being 60 when I get to 60, then I will expect to be that shape, and I don't want to be either 6 shaped or 0 shaped.

6 would be all bent over on the head and shoulders and I would have to get around looking like I was looking for spare change on the ground, and 0 shaped would mean that I had put on so much weight that I would have no neck or shoulders, I would just balloon out from the top of my head, and I am not sure I would give a shit about that except that I wouldn't know where to tie my scarf.

So 55 it is: plump bellied and looking straight ahead. The number 5 looks friendly and determined to me. I like it that's why I am sticking here.

For a very rare year it rained on my day. And not just a little pissy English misty rain, it bloody bucketed down. The tellie was calling it a 'Weather Event' and we all know just how much I can't stand that EVENT word, but in all honesty, EVENT perhaps was well used for yesterday's storm, mostly perhaps because it so very rarely rains like that in June.

The predictions were unusually accurate. All too often the authorities make a silly big deal of expected weather and people close up shop and move thousands of kilometres inland to avoid flood damage and the collapse of their roofs, only to find that a dog peeing in the street made more of an impact on the overall water levels, and that they could have more usefully used their umbrellas for sticking up wealthy passers by than keeping themselves dry.

Politicians too often carry on. And it must be good for the ratings cos the tellie covers it like it is the Armageddon.

A couple of tree branches came down in the park and apart from that no damage was done around here. My girl's friend's carport is a casualty but so far as I know that's about the worst of it.

I have been well and truly spoiled with parcels and wishes, and Stevie took me to a 7 course mini meal place for dinner - yeh I know it's called degustation, I just don't know how to spell it and and my spell check is not being helpful.

It was pretty bloody marvellous but the highlight was that I managed to have a couple of drinks and eat and  be merry and we had a little dance when we got home, and I was still vertical after 11pm which almost never happens these days.

I wont mind in the least bit being 55 again next year. 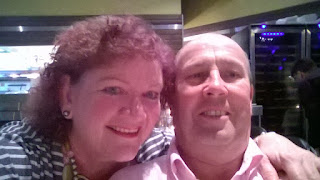