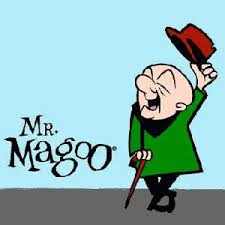 We fell into a parallel universe this morning at some ungodly hour as arranged by Steve's GP not by our own hand.

Steve has been troubled by an eye infection which has worsened since Saturday and Francis (GP) decided that time was up on the usual shit and ordered him off to a specialist. She even pulled rank and made the appointment.

I googled the bloke and it all seemed OK so off we went.

WE got there and even though his appointment was for 8 am the lifts from the basement carpark did not become operational until that time, so to avoid being late we trooped up the ramp dodging on-coming traffic and found the right place and booked in.

The reception area was amass with cloned looking girlies - all youngsters, all skinny, all big boobed, all wearing the uniform of tight tight blue blouse and tight skirt or pants,  and only one or two over 30. I did a quick count when they were mostly still and got up to 10 girls before I lost interest. These girlie women just didn't seem to be doing too much of anything except creating a semi frantic atmosphere of business.

So after the obligatory wait, cos god knows we were there to see a specialist, who arrived AFTER the appointed time, we were ushered into a room, where some young BLOKE, introduced himself as the Doctor's assistant. He took all Steve's history and did a 'What is that letter test' and then dumped us outside again to wait some more. Then one of the stepford clones called us into another room and without any intro asked some more questions and she taped away at the keys in front of her.

Finally the lord and master arrived. Stepford girlie got out of his way and set her fingers to speed type.

God man seemed competent enough in his diagnosis and girlie was efficient in her note taking of all the pearls that fell from his mouth. Steve and I just kept looking at each other wondering if we were still infact dreaming... it was only early after all.

Can you believe that it was just too much trouble for him to explain himself?

We were falling about each other as we stood to leave.

$140 and an hour later during which we twice avoided being rail-roaded into making another appointment, we found the car and after a security guard with no teeth who had been smacked very hard with the ugly stupid stick let us outta there, we felt like we had found our way back to reality away from the wrinkle in time.

Bugger me! what a very strange way to treat people.

I wonder how anyone ever goes back.
Posted by Unknown at 12:17