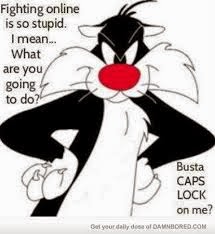 If you heard some screaming and shocking swearing coming from next door, which escalated into truly vicious verbal attacks and more and more voices joining the fray, all taking sides with name calling and threats, what would you do?

As a youngster, recently married, we lived next door to a place like this. The fella and the woman would routinely get pissed and the screaming and violence would start up and go on for hours. I can remember turning off the lights and sitting on the floor in the dining room listening to the furore until I heard the cries of the kids and that's when I knew it was time to go out onto the street and gather the kids to make sure they were OK. Yeh I rang the police a few times and they came and broke it up. I am pretty sure that I was not the only one who rang.

If there had been no kids involved, I'd like to think that I would still have stuck my nose in. There was no clear perpetrator of the abuse, sometimes it was him and sometimes it was her. The kids were the ongoing victims.

But with the modern day comes modern twists on this scenario. Last night on Facie there was an argument that escalated just like the drunken shitfight from years ago. It was like car crash tellie, I couldn't look away.

I knew the fella whose page was being used and in all fairness he did start things off with quite an inflammatory remark, but had it been me, I would have reached for the phone or got in my car and had it out face to face. I certainly would not have started yelling abuse and swearing for all the world to see. Things very quickly got out of hand and players from all over had to get their 2 cents in. I wondered why they bothered. There was no voice of reason, and as a lurker I didn't feel I could take on that role. Maybe I should have. Maybe if I, as an unknown to all but one of the respondents, had suggested that they take the argument off line, everyone could have retained just a little dignity.

As it is very hurtful things have been printed and can never be retracted.

School yard bullying is again in the spotlight. Fights being videoed and YouTubed so that the humiliation can be ongoing and the bullies can enjoy their 5 minutes of fame.

There have always been school yard fights. The whole school population would swarm  to watch until a teacher would come by to break it up. And then with the advent of the mobile phone - just a phone not a clever one, it was possible to call up a possie of blokes to battle it out. There was no permanent record of all this, just stuff people saw and forgot - except for the broken nose or the bloodied face. It was a time of greater innocence. No less bullying but less involvement from the sidelines.

Seems people today reckon it's OK to wade on into someone else's business, and don't quite see that to wade in is to actively participate in the abuse.

Or maybe people today are unaware of how quickly things spread online, or maybe they do indeed know and just don't give a shit.

Nanna used to tell me, 'Don't let the neighbours see your dirty laundry.' Literally and figuratively. She used to hang all her 'unmentionables' on the inside of her Hill's hoist so the neighbours wouldn't be able to see them.  And I see how sometimes taking her advice might well leave those bullied folk in a hole - the kids next door really needed us neighbours to know what was going on, but airing a family disagreement online... well I am just not convinced.

Sometimes I just don't want to see other people's skid marks.
Posted by Unknown at 13:58