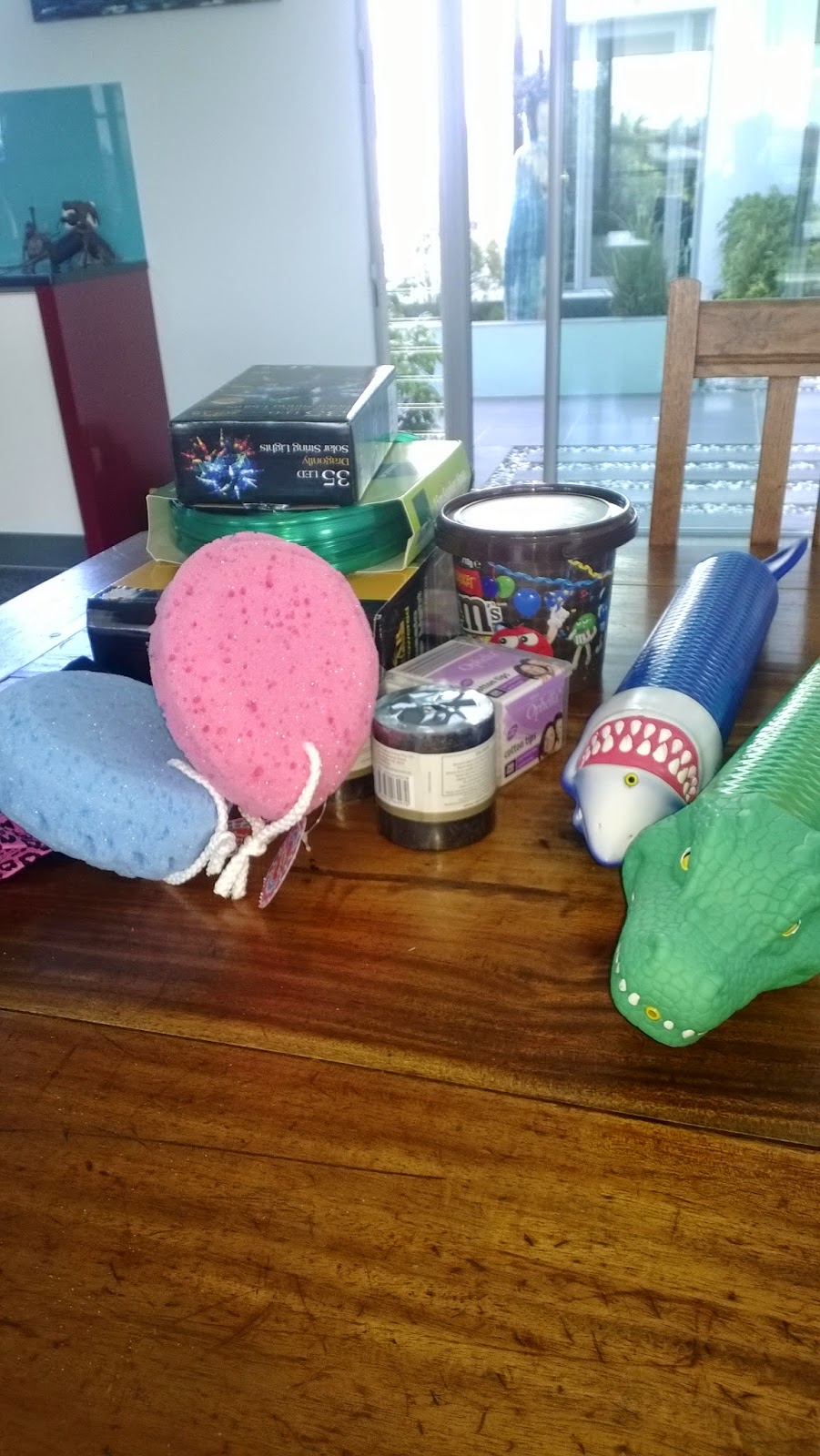 It's no secret that I do love a bargain. 30% off the RRP of something lovely is good for a look - see and an excellent excuse to trawl around some pretty shops in the air-con. It is mostly not too crowded and there is plenty of room for me to walk around with taking out the eye of a small child or knocking the walking stick from an oldie as I swing my shopping basket with gay abandon.

For starters, today I went to Aldi. And almost immediately I was corralled by some crazy old woman with 'just fucked me' hair and some other store's trolley which was struggling to fit in in the aisles of a new environment. I was looking at clothes airers - don't ask me why - I have no explanation apart from an admission of a loco moment. I could not escape the trolley or the woman or the airers. She actually ran me over with the shitting thing and as she finally shovelled her way passed, I said, 'Excuse me, I'm sorry, thank you so much.' My sarcasm was lost on her but that might have been because her ears were wedged with frizzed up green hair.

Now Aldi is the sort of place that if you have really lost the will to live and you fancied going there every week, you can get some really good bargains. But I don't go every week so I need to stand there looking like my own bit of crazy, wearing my dark glasses so I can read the signs. ( Blind without 'em ho hum) Today I got detergent and a soaker hose and a spatula and some on sale cotton buds. I didn't buy a bag cos they all fitted into my basket. It was pretty heavy so instead of carrying it around I popped it into a trolley at Target for my next bit of shit shopping.

It could have been because they are having a stock take, or it could have been because it was Monday or it could have been because aliens were due at any moment, but there was staff EVERYWHERE, definitely not a good day to try to nick any stuff. And even though there were plenty of people in uniform about, there was very little help on offer. Socks and jocks were on sale, but only if you bought 40 bucks worth. I found Steve's preferred socks, but hey only had 'em in Yeti size, so I asked for some in regular human size and the girlie went away and came back and said that she could not have taken any from out the back cos that would have upset the counting. I didn't counter with an argument that a few packages fewer would have been less to count, and instead just buggered off.

I had a look at the bed linen cos I have some vague memory that Target used to sell 100% cotton stuff, but that seemed to have gone by the board along with regular socks and cushions that don't require a second mortgage. The sweeties were well received when I got home though.

I had the Target trolley as I ventured into the truly shittiest of shit shops, The Reject Shop. ( How would that name have come about in the marketing meeting?) There is just nowhere to hide in this place. There are half emptied boxes everywhere and shit overflowing the shelves. There are nutsos and wankers and people singing and staff whinging. I pushed on with my trolley which was not designed for this shop and developed more tolerance for the cow in Aldi.

The pet and gardening sections are at the back so push on I did and Dog was very happy that I bothered. A few other bits and pieces and I was outta there. Yippee.

So now I have my basket filled with Aldi shit and bags from Target and The Shittiest Shit shop so of course it was then that I remembered that I needed to get a tub of Tzatziki and some Turkish bread from Woolies. That Target trolley was really doing the rounds today.

Shit shopping finished and out to the car and a lovely woman with 'normal' hair asked if  I wanted her to take my trolley back along with hers. What a woman! 'Yes Please,' I smiled but bugger me, the bloody thing wouldn't fit into hers and hers wouldn't fit into mine so I was shit out of luck., but not out of shit, cos that was already sitting in the back of my car.