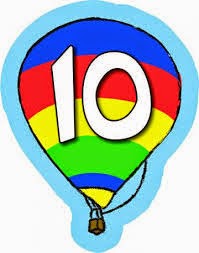 I wonder how old the little fella is gonna be when he tells me that I just can't call him 'My Darling Boy' anymore. I do not look forward to hearing that, but I expect that it will be all apart of us growing up. Bugger!

I have had a sore neck for sometime which is completely irrelevant to this post, except that the woman I saw for a remedial massage and more than a little acupuncture - ouchie menouchie! was waxing lyrical about her new grandie who lives in Townsville, so visits are few and a bit too far in between. She was using some sort of hocus pockus subliminal way of getting the baby to remember her, by wearing the same perfume all the time and calling him 'gorgeous' or something. Anyway as I lay there with all the needles 'doing their thing' I hoped that the kid liked the perfume or else she was in trouble from the get go, and I was aware that I have called Zig My Darling Boy for almost 10 years, so I reckon he must be well and truly used to it by now.

It's quite the big deal turning 10. There is no logical rational reason for this being a BIG one but it certainly seems so to me.

For his whole life Zig has been waiting to be 10 so that he is allowed to have a fizzy drink. Yeh his father has allowed all manner of shit since forever, but Mum's rule has been you've got to be 10 to have a fizz, and as that's Mum's rule, it's been the rule here too. Not that we always agree on the rules. There is far more sugar here at the Big House than is ever allowed at home, but I still reckon that's just me doing my job as Ma and besides I don't hold with the evils of sugar hoo har.

Steve wondered about the arbitrary nature of the 10 / fizz rule. And I guess that's fair enough. It doesn't make any sense. It's probably a number Bell pulled out of her bum when Zig was little and driving her nuts for a lemonade. 'Not until your 10!' and that's how the rule was born.

It's the same as parents' rules about dating or staying up late, or watching M rated movies. Once an age has been set down then that becomes the RULE. Kids never forget the age that was part of the edict, even if they push the boundaries years ahead of time.

I am glad that parents have rules. Kids are too I reckon.

So no party in the park for the BIG 10. We are off to SkyZone for some bouncing madness and then to Southbank for a picnic and a swim. Just 6 kids so not the usual mayhem of 30 dubious souls running amuck, but driving and timetabling instead to make sure there is still enough stress to go around.