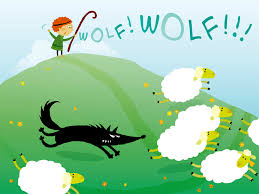 I am pleased to say that friends who were chased down by bloody Marcia have come out the other side relatively unscathed. Yes there has been significant damage and I very much doubt that there is any insurance payout for hours and hours of hard yakka in the garden or the years of silent growing, but the folk I know are physically unharmed even if it might take some time to get over the nightmare of it all.

Social Media and mobile phones mean that updates were easy and I hope that all involved felt the love of being instantly connected even in the middle of a disaster.

What gave me the shits was that because there was so much warning, the tellie stations had time to send up 'reporters' and film crews and then schedule rolling coverage for hour after hour.

Coverage was designed to frighten and warn and make people do as they were told. Every time the Queensland Premier spoke she whipped up a bit more hysteria and only just pulled up short of telling people to do as they are told when they are told. It seemed to me as I watched that I could have been vaporised into a parallel universe where democracy was a myth. There was so much hyperbole and inflammatory language, and misinformation that even here, hundreds of kilometres out of harm's way, people were going into panic.

We went about our normal day and sadly that included doing the groceries and that's when some do gooder who had clearly watched more tellie than me - I didn't think that was possible, asked us if we were stocking up. Yeh if I was gonna be cut off from everything civilised my most important purchase would be loo cleaner and facial wipes, and the double length paper towels I am sure would have been extremely useful in mopping up a flooded house. Ha!

The Mayor down here continued the panic, such that the Arts Centre sent out a message on Facebook telling punters that if they didn't fancy fighting the floods they'd be able to get refunds for theatre tickets. This is pretty unheard of.

It was bad! The cyclone did very real damage and rightfully frightened people in its wake, but the media and politicians had other motives in flying into the affected areas. It wasn't about safety, or boosting local morale or getting on the useful end of a real shovel, it was so obviously self serving, all about ratings and votes. So inflammatory language and an authoritative tones and seconds of video on hour long loops were employed to get everyone worried and frantic and hopefully running around in a bit of blind panic, and certainly making sure that if they had any power, they'd have the tellie on all day boosting ratings and favour.

The old tale, 'The Boy Who Cried Wolf' aught to be a warning to these media hounds. If you send people into a panic and nothing happens, they don't sit around thanking god for the warning. They get pissed off for moving shit inside and consequently having to mop the floor when they move it back. They wonder what the fuck they are gonna do with a dozen cans of spaghettios and all that long life milk. And after 2 or 3 scares in a season they stop listening. And that'll be a problem if there is ever a big problem.
Posted by Unknown at 08:30