Who gets the nod for nominations? 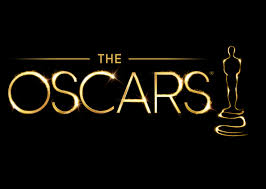 I really enjoy this time of the year. It is no secret that I love going to the movies and there are many fine movies released about now, so I look forward to hours spent in the dark air conditioned comfort and then wondering who I think might be most deserving of the little statue. I don't really care who wins. I like the thinking that I do.

The Oscar nominations have been announced and instead of this being the spring board to discussions about characters and acting styles and storylines etc, this morning's online coverage was a whinge about the bias towards white men and the consequent bias against , you guessed it women and black people.(I have chosen NOT to include the link here cos I wasted time enough for all of us reading it.)

Now I cannot pretend to be an expert on all these movies especially as is so often the case, some have yet to be released 'Down Under', but I am reluctant to believe yet another conspiracy theory.

It is possible that the people - I don't know who they are and am loathe to spend even half a second trying to find out, who dreamt up the nominations sat around and looked at the body of work produced in the passed year and said, 'Well by gum, that's a lot of movies. Let's make our lives easier by immediately crossing out any movie that has a predominantly black cast or was directed by women. Ah look at that, now our job is manageable.' I just don't believe this happened.

I can imagine that there was a lot of back and forth banter between self appointed experts who were prepared to negotiate on lesser category nominations so long as their favourites got a 'jersey'. I just don't believe that as a group they set out to isolate or marginalise blacks and women. Does this make me naïve? Possibly. Except that if this routinely was the case then I reckon a great deal of the kudos of the awards and the glamour of owning one of the little statues would have been lost a long time ago.

Really, it's like any awards. If there is a widespread acceptance that the selection process is flawed, then people would very quickly just stop bothering.

I like to think that that time back in primary school when I won the Most Improved Swimmer trophy, that it was cos I had in fact been the most improved, and that it wasn't given to me cos it was easy to spell my name or cos someone thought my father might go spastic if I didn't win something, or worse still they felt sorry for me. Shit I hope NOT.