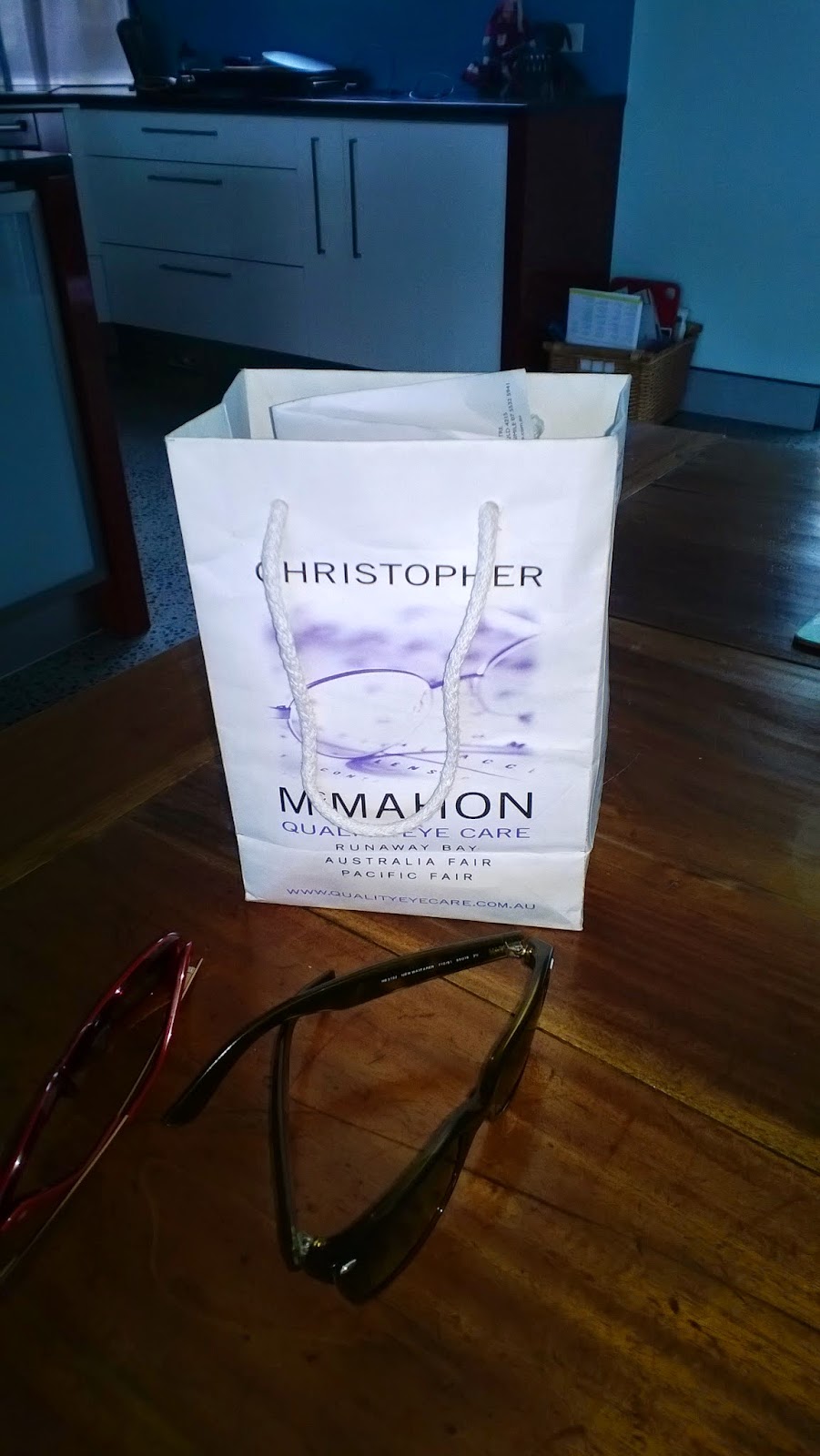 I picked up my latest sunnies on Saturday. They weren't those jolly little ones that you get from Specs R Us. These were substantial and supposed to be top quality. And so they need to be cos once I have broken in a pair they are with me for years! My current pair I have had for 4 years and even though I did succumb to the hype and get 2 Pairs No Gap on my last prescription, the glasses were crap and I reverted to these old tried and tested ones. 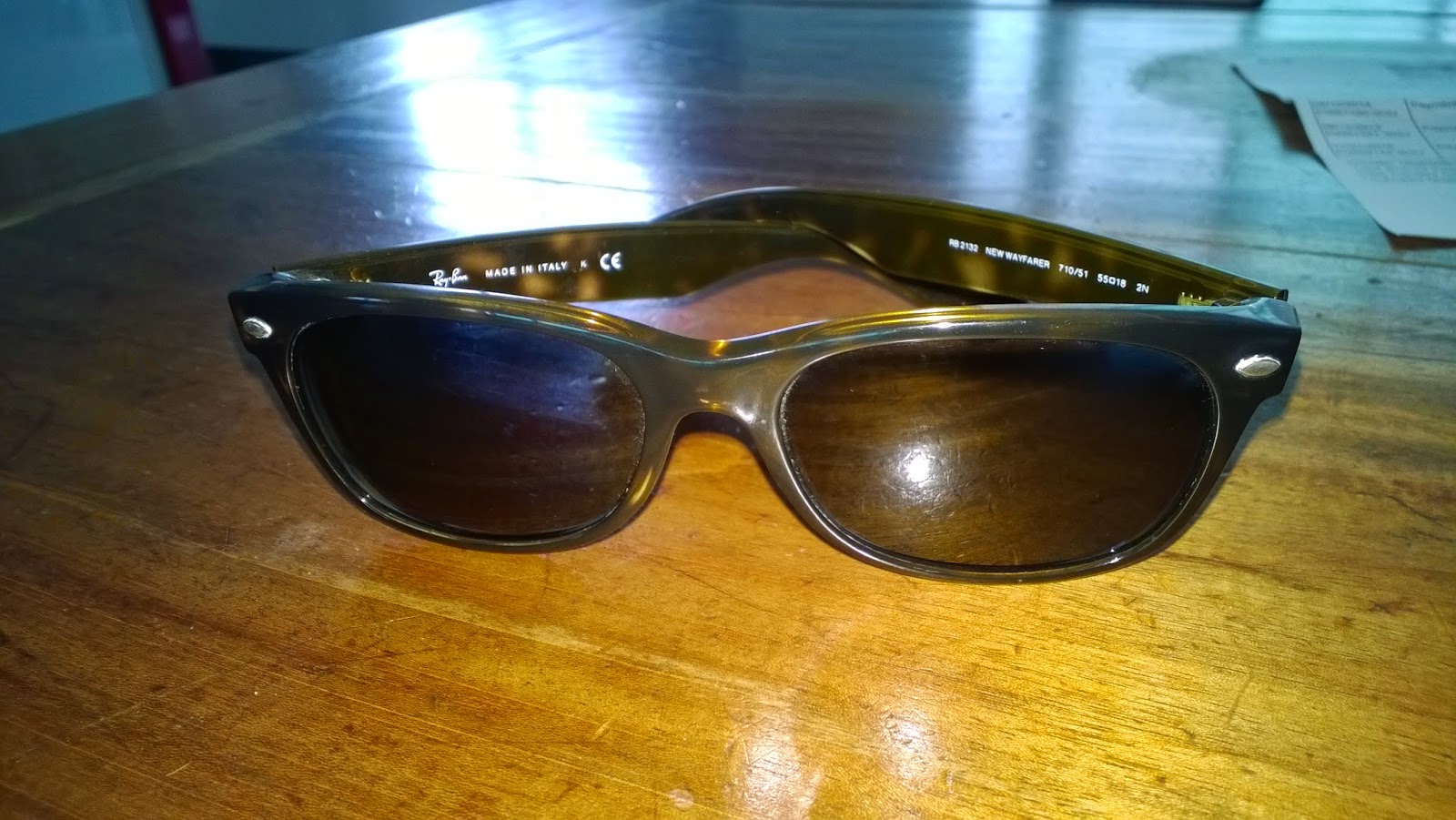 I was not tempted to try the shitty Alex Perry ones again cos I am pretty sure it's a matter of you get what you pay for. SO out the boat was pushed and after an agonising - for Steve as he waited and waited, hour or so I decided on the perfect pair. 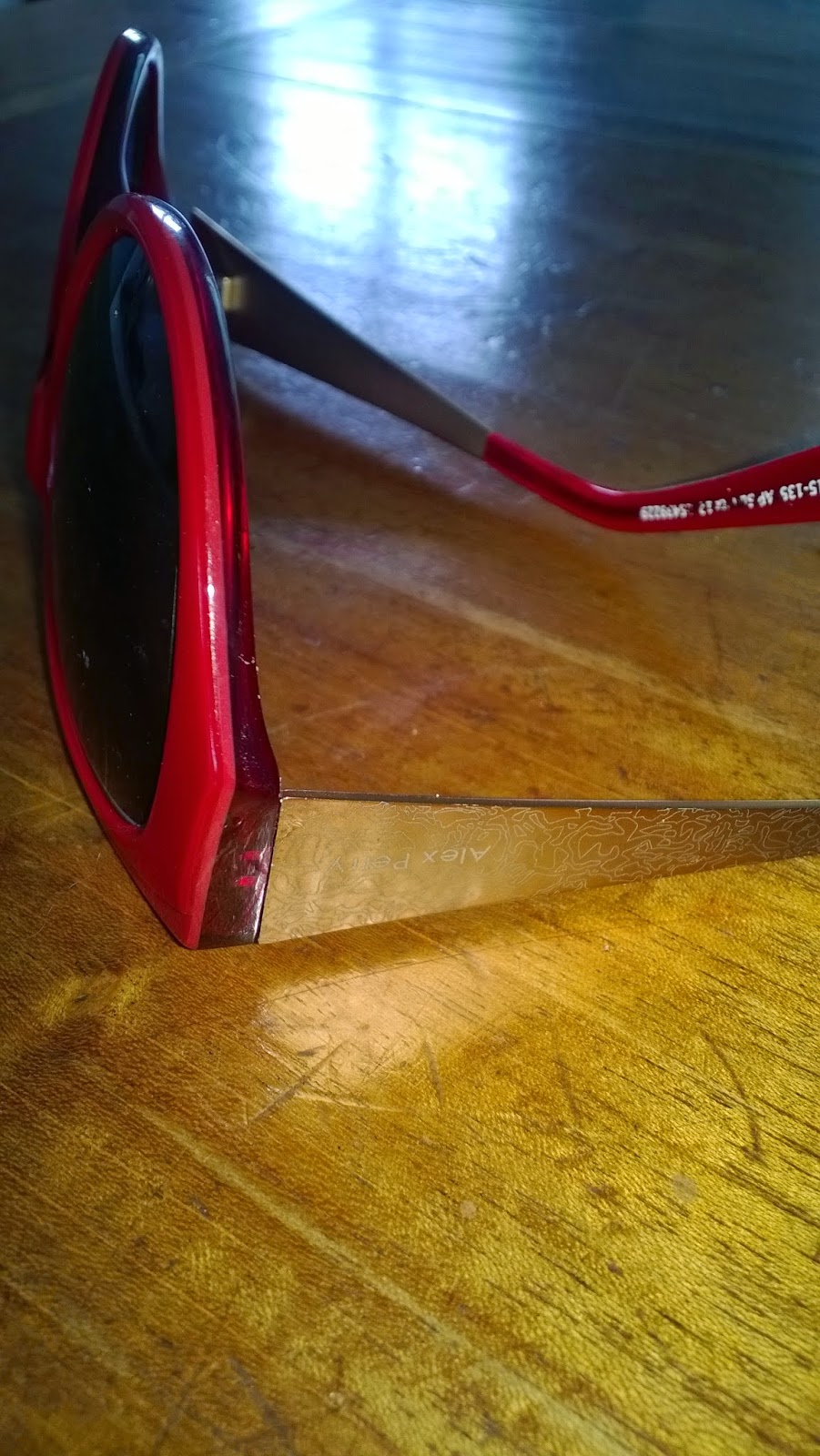 On collection, the girlie was not as helpful as the usual staff and I could understand that cos she had a possie of her mates waiting for her to go for lunch or whatever. Distracted much?

She fussed somehow with the frames to see if she could get them sit better on my head and though I could see from some distance, without spectacle assistance that they were very wonky, I just took 'em and got on with my day.

A while later I put 'em to the 'can I see stuff?' test, and bugger me, I JUST BLOODY COULDN'T.

I went back to the store and got the same Saturday girl.

I asked her to check the prescription, I told her I couldn't see out of them properly.

She said they were right and that I needed to give it some time to get used to them. After owning countless - literally, pairs of sunnies I thought this unlikely, but ho hum out I went. I do so love taking the advice of a child and I was especially pleased that she reminded me not to leave my expensive purchase on the dashboard of my car in the summer sun cos they might warp. Good to know!

I tried driving home wearing them and it just wasn't possible. Everything was moving around and I was beginning to feel nauseous.

Steve had a look and through some info long ago tucked into his brain he discovered that the polarising stuff was off...ah so that made the movement sense. Horizontal on one eye and vertical on the other and already a bit blind, well let's just say that my poor old brain could not adjust. Clouds romped forward and backward and I reckon if you wanted to test a bit of a 'Mushroom rush' without the calories, you could try looking through these things.

Anyway I was pleased that there was something concrete wrong with 'em so I could take 'em back.

The Saturday girl was nowhere to be seen, probably having lunch with her mates and the woman today couldn't have been more helpful. She admitted quietly that she had a pair of the same brand of sunnies and that there was a problem with them warping. We decided that I should choose new frames and get a whole new pair made and so Steve needed to wait another hour as I chose something that I thought would last me another few years.

I am pretty sure that if there was a problem with the Specs R Us specs the teenagers in there would give advice similar to the Saturday girl and I suppose people just suck it up cos the glasses were virtually free if you have private insurance. Lesson learned and all that. So I am pleased that the sunny saga will be finished in a week or so and I will have my fresh new ones. I am so excited about what extra I might be able to see especially as my current ones are from 3 prescriptions ago.

Steve has a feeling that this place might be closed any old time now, and I so hope he is wrong. The usual service offered is why we stump up the cash instead of going to the other places.

Can't wait to get my newbies.