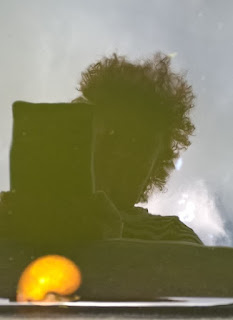 
Not unusually, I have jumped the gun with the Blogger Game. Yeh I am nuts about time and punctuality to the point where I reckon I might well make the leap into the coffin before my last breath leaks out, cos I really hate being LATE. But truth be told I wondered about how to 'play the game', and rather than spend the time required to work it out, I decided that I would make up some rules of my own, except that I do actually fancy playing along with some other folk just for a change. So I am gonna give this A to Z challenge thing a go in APRIL, along with all the other folk playing.

So back to the time obsession thing.

The poison I am taking as I have mentioned before, needs to come via a bunch of paper shufflers in Tasmania and there is or at least there was a turn around time or about 10 days, from when the specialist writes the request and pops it in the fucking post box, until it gets delivered and processed and then the approval is popped back in another fucking post box in Tasmania and then gets dropped off here on the Goldie.

Except that fucking AUSTRALIA POST's New Year's resolution was that they promised to take even fucking longer to deliver a letter and it's gonna charge - well I am not positive, but almost twice the price I think for that shitful service. So now there is a turnaround time of more than 3 weeks!

The trouble is that the order cannot leave the Doctor's office until the last script is filled and that gives only 30 pills' time for the script to be double posted and then filled.

As if being unwell is not stressful enough, now I am counting how many pills I have left and am crossing off the days on the calendar waiting for the fucking bureaucracy and Oz Post to get their shits together.

Fucking hell! Why is all this necessary?

Why is it that it is legal to buy a house, or make a will, or get divorced via email, but the provision of proof of the need for a prescription needs to be posted snail mail? Really what the fuck is that about?

I have twice now written to the Federal Health Minister for an explanation, and thus far, I have had a phone call from a public servant and 2 letters from public servants outlining the system. Yes that would be the self same system that I have outlined and and am living through. Yeh that's the one I KNOW about.

Noone it seems, least of all Ms Ley the Minister in charge and I am clearly using the term loosely, is able to comprehend the nuance of my emails. They don't see the difference between a DESCRIPTION of the system and an EXPLANATION for the system. Or perhaps they do, but they just enjoy the game, the jerking around, perpetuating their piss-off factor.

Anyway the game is that I have 7 pills left and I spoke to the doctor this morning and he said that Tasmania received his request on the 11th of Feb and after it's approved, and attached to the snail's back it will take another 11 days to get here. Yeh that's getting right down to the wire!

And here's me, the crazy loon who never keeps anyone waiting, who will sit in my car for 30 minutes or longer if I have added in traffic considerations, rather than be late to ANYTHING. Yeh, me who always runs early, now I am counting down pills and days like some shit sort of ancient abacus.

So yes I am happy to wait until April to play the A to Z game now I know the rules, I am less fucking happy about having to play the poison shit Oz Post game.


What games give you the shits?