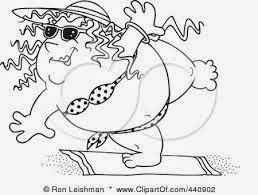 Months ago while I was stupidly a paid up member at KUDOS health club - yeh that's the place where the owner called me a liar and ripped up our 'notice to quit' documents and then had to sticky tape them back together when I provided her evidence of her own lies and manipulations, yeh that's the place, well I went to my first ever YOGA class.

I am pretty flexible and apart from that I bring nothing at all to the fitness table, and at the time I had one new knee and one that was buggered completely cos my new one was still in the shop.

To say I struggled would be the biggest understatement since someone said, 'Perhaps' to Kim Kardashian, when she asked 'Does my bum looks big in this?' I was like a beached whale rolling and grunting for air. The room was filled with women and men of the beautiful kind. All with their hair in place and colour matched gym gear and all that lycra was stretched seamlessly over flexed muscles and evenly breath controlled diaphragms. I didn't have my glasses on so couldn't see clearly the wonder woman who lead the class and I took my lead from the folk around who were sardine wedged into the space and who looked less than happy to have to include someone who clearly should have been having a go in the privacy of her own bedroom for years before venturing into the public domain.

The torture leader suggested in a none to subtle fashion that her class wasn't for everyone and that she really thought I would be happier elsewhere.

Years ago a head teacher stood proudly at a staff meeting and when asked what she would do if a staff member had facial piercings or visible tattoos, she said those same appalling words, 'I'd find them a place they would be happier.' I know it means piss em off cos they don't fit the preferred aesthetic.

So I didn't go back to Kudos. Nothing could entice me to suffer that humiliation again, even if I would have quite liked to make a bit of a stand, my bloody knees just weren't up to the challenge.

Anyway, as the memory had faded, hard to believe just how vibrant it must have been huh? I dragged Steve along to the PCYC today to have a go again. Darren greeted us with a smile and hand shake and a calm approach to all the broken bits we have. There was plenty of room and we laid out the mats and our own towels and got stuck in.

Darren was full of suggestions about how to modify the movements and no one was bothered by the lack of glamour or the grunting or the inability or the towering up of mat rolls needed to sit and knell and generally have a go.

I knelt on one and both knees for the first time in a decade!! Yeh it hurt. Hurt like hell! But somewhere in that odd dank dark little space I found the courage to put the metal to the test. I am aching now and I suppose tomorrow will not be any better, but it feels good to have found some forgotten muscles.

Darren in his cargo shorts and tee shirt might have just changed my mind. Maybe YOGA can be for everyone.
Posted by Unknown at 16:05