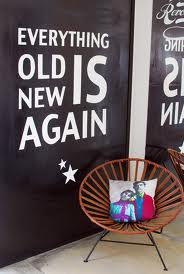 Who said you can't go back?

When I popped over to London, mostly for a bit of a giggle and to make sure that Bell was ok on her 'gap year' which lasted much longer than a year, I rented a house close to her work and at least on a map, not far from the school I was looking forward to playing at. I was wrong about the proximity to my work and so when the lease was up and I decided that I might stay longer and Bell went home, I moved to Twickenham, a suburb away from my school, and very civilised it was too. Pubs and restaurants and all sorts of shopping. I loved it there.

Sadly I was evicted from that house, which sounds like I was naughty, but really the home owner had taken the piss and had rented the house out on a long lease, while she went on holiday and she turfed me out with little notice cos her holiday was over. It seemed she did this often and the agents were aware of it and together they all really just took the piss. This is a whole other story, but it didn't kill my love for Twickenham.

I moved into another local house and loved it. Then I met Steve at  his rugby club some suburbs away and as things rocked along and I made plans to come back to Aus to sell up and then go back, we spent some time at his place in, well bugger me, Twickenham.

So I spent 6 months in Brisvegas and then moved into Steve's place in Twickenham.

It's a part of London that I got to know very well. I reckon it  might be because all too often parking proves to be a pain in the arse, and so walking the streets - no not to inflate my income, is more efficient if you just want to pop into the shops. This means that you get to see close up, all the little stores and houses and you work out which bus stop is the one most likely to be useful when you are on the night bus with one too many under your belt.

I know things have changed in the last few years but I reckon I can recall Twickenham streets better than my old neighbourhood in Brisvegas.

Anyway as circles turn, we have found, thanks to Matty, a flat in Twickenham for our stay in London later in the year.

We have booked our tickets and now we have a roof to look forward to, in a place that really feels to me like going home. I am so excited! 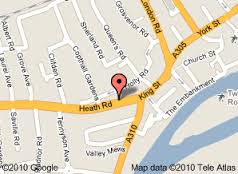 Remarkable! This pointer is almost exactly where the flat is. Isn't that just a bit of serendipity? 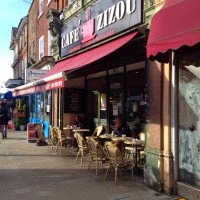 I am pretty sure the name is different, but the coffee used to be lovely and the French pastries were yummo. 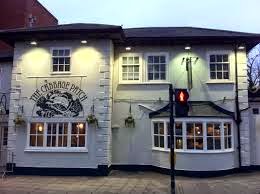 A legendary late night watering hole.
Posted by Unknown at 16:43