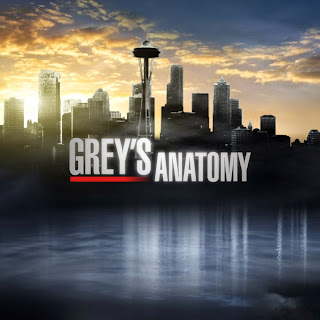 It seems hard to believe that "Grey's Anatomy has only been on our tellies for a decade. It certainly has become a part of the furniture at my place.
The characters have come and gone and generally speaking I have not been too moved by the deaths and the moving elsewheres, except maybe for George, who was always a favourite cos he was so conflicted and let's face it, just bloody unlucky. And Yang cos I did love the way she always told it how it was. 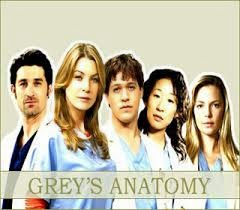 Some of the scenarios have been on the unbelievable side but that makes for watchable tellie. I sure as shit don't sit down to watch reality ER , even though I do watch some other reality crap, people's intestines spilling on the floor for real is just too much and hiding behind my hands for the gory bits would get to be more than a little tedious.
So I suspend disbelief and laugh and cry and ponder and discuss. There are plenty of issues that could and perhaps should be family dinner conversations like organ donation and the use of heroic measures to prolong life.
But all that is secondary to my surprise when as a season end, Shonda Rhimes killed off Derek. I had already read about it online but during the episode, it seemed like maybe they had got it wrong, but no, thump and wack and he was gone.
I have enjoyed the love affair between Derek and Meredith. A lot of it has seemed possible, and just as they were finally getting their shit together he is shuffled off. Bugger! 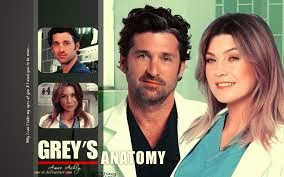 I will be watching next season to see what happens next, but if the flawed Meredith doesn't live up to expectations then that might have to be the end for me. Oh who am I kidding, I suppose by the end of season 12 I will have become involved in a new story line and some new characters so will still be hooked.
I sometimes am tempted to put shit on folk who settle in to watch 'Home and Away' or 'Coronation Street', but really it is all cut from the same cloth.
Yep 'Grey's Anatomy' is just a soap, but cos I watch it I pretend it's a bit flasher than that. It surprising what you can convince yourself of in the name of intellectual superiority.
﻿
﻿
Posted by Unknown at 16:54