Is it Reality TV season or is that that is all that production companies can be bothered with any more? Anyway we became 'Blockheads' for a while and also have been following MKR thanks to smart TV. Gotta love being able to fast forward through the ads and the bits about the people I don't like. That is definitely a techno bonus!

So tonight is the final and the 2 teams have played well. Both the Pommie blokes and the 'sheilas' from Mt Isa would be fine winners. They are likeable and make me laugh and seem to be able to hold it together under circumstances which would see me under the sink wrapped around the plumbing in foetal position. 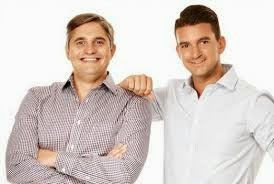 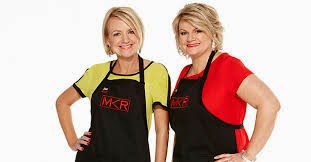 I read during the week that a former contestant had done a bit of an expose saying that the timings were often bullshit and that sometimes the results were a bit skewed. I don't really care cos at least there is actual cooking going on and it's done in front of our eyes. It's not like the Block where apart from a couple of 'em, the majority of the work is remembering lines and hitting the spot in re-takes. I like it that these cooks definitely seem to be able to cook.

It's a strange part of our reality here in the Big House, that even though I don't like to cook, I enjoy watching others doing exactly that.

The other interesting thing is that many of the winners at the LOGIES AWARDS last night were performers in shows that I have not heard of.

It's entirely possible that me lamenting about all the Reality Tellie stems from ignorance. I really will / should crack open the instruction manual for the tellie and see about recording some of this other good stuff which is entertaining Australia, just not at our place so far.


PS We watched the last little bit of the LOGIES last night, and all I could come away with was that boobs are definitely the fashion accessory of the season. I remember when it was important that your shoes matched your bag, now the concern seems to be, is your boob tape surviving the sweat or are the girls gonna run free.