It's always a little daunting organising a birthday and Easter treats on the same weekend. I like it better when the moon is in the seventh house or whatever and there is a bit of time between the 2, but that's not the case this year.

So in a daring move I organised tickets to Ross Noble 'Tangentlemen' last night in lieu of the perennial Sunday roast dinner. It was a risk, but it really paid off.

We had dinner at the Art's Centre cafe and it was pretty good. Steve got all healthy with some Quinoa and pork belly and I had pea risotto which was all very yummy.

Then in we trooped.

It became obvious to me that the audience was vastly different from the audience for 'Boston Marriage' which we saw a couple of weeks ago. I reckon we might have been the only overlap.

Last time some of the folk were so old I bet there were Ambos aplenty outside with their little 'charge to 2000...Clear!' machines. They sat mostly comatose and were not the most receptive of groups, bless 'em.

Last night people meandered in, quite a few late comers, slurping down beers and wine from plastic cups that were provided at the door. Yeh there was a bit of slippity sloppity as they poured their drinks from glass to plastic. Maybe the organisers mistook this crowd for the unruly lot at the Bulldogs footy game and preferred the idea of plastic being thrown to glass.

Anyway there was an amusing little cartoon prepared by Mr Noble making it clear that all phones etc should be turned off and that if people were discovered recording the show, they would be unceremoniously turfed out. Quite right too. People all over the theatre turned off their phones. Yippee!

30 years of teaching has seen me give countless lessons on theatre etiquette, most of which ended with if you do....I will come over and throw you out, regardless of how embarrassing it might be for all of us, and in 30 years happily I can only remember frog marching out 2 kids. They were probably stoned or pissed and more than likely don't remember it, but the other kids sure as shit would. It became the stuff of legend and no one wanted to test the waters after that.

So here are the rules I drummed into the kids.

No Eating
No Drinking
No Talking
No Moving about the place.

( I know they should have been more gently put in this PC age, but there had to be no doubt in the blighters minds)

They were of course encouraged to laugh and cry and be astounded.

The rules were explained by way of respecting the performers and the other audience members who had forked out good money to be there.

Well I reckon Mr Noble needs to make another little cartoon vid to include all this, cos unless they have been told, it seems people think theatres are just a different type of footy field or in deed their own lounge room. And maybe he could employ bouncers to remove shitheads who just cant manage their own behaviour. 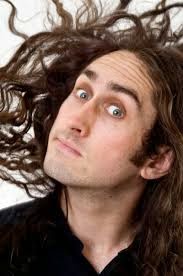 There was an engaged couple in front of us. I know she was engaged, probably for about 2 minutes cos she kept, running her fingers through her very ordinary long long fucking hair and when she got to the ratty ends and it all fell away, there was her shitty little ring and she would hold it at arm's length and have a really good look, perhaps willing it to grow. The 2 of 'em bobbed and bounced around. He lent forward and she would stroke his back. They kissed and cuddled. Seriously I think they thought they were in the back of a Sandman at the drive-in. 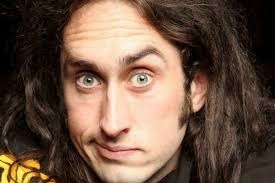 There is no doubt under Elliott regulations, they would have been marched on outta there and the truth is I doubt very much if they would have noticed. They were really fucking annoying. 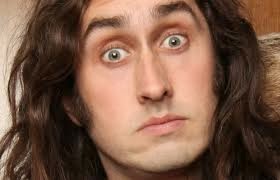 However the show was excellent. He is a very funny clever man. There were fine threads of prepared stuff but mostly he improvised his was through more than 2 hours. He chattered and rambled and segued and then drew everything back together. We laughed out loud along with the crowd. And apart from the loved up losers in front, really enjoyed ourselves.