The Block Final - was it just poor marketing? 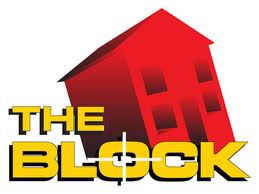 Steve ate dinner early so he could join me at the hospital on Sunday to watch the final or the 5 auction highlights of this reality show.

He had watched it NOT AT ALL and I had recorded it and watched maybe every other episode in very very fast forward.

So this is what I knew.

I am not a gambler, so I reckon unless I was completely sure that there was at least 2 parties signed up to buy my place, I would want to go early so if all else fails maybe somebody else's buyers might go nuts for my place.

I know for a fact that this happens cos when we sold the little flat here on the Goldie, that's exactly what happened. Our guy schmoozed someone else's buyer and they left with our flat and the other agent just left.

Why some of the players wanted to go last is a mystery to me.

The price differential can only be explained by supply and demand. Too many flash places and not enough people who want 'em.

So here's my suggestion to Channel 9. Next time why not try building from scratch a set of Housing Commission type places that regular people might get excited about and then hope for a bidding war. Of course the budgets would need to be limited and profit expectation smaller and consequentially the number of applicants might suffer, but the real beauty would be that those 3 sanctimonious pains in the bum judges could be replaced by Mr and Ms Average who know a thing or 2 about housing a family.
Posted by Unknown at 17:38