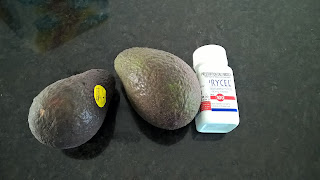 I'll have both please.


A long time ago, in a country far far away, there were travelling gypsies selling all manner of potions to cure everything from drop foot to toothache, potions that could stiffen that which needed it and soften anything that had become petrified. It was all done with smoke and mirrors. And before that of course there were witches who cast spells and became fire fodder.

Throughout time people have believed all manner of crazy shit: The earth is flat, The weak shall inherit the earth, There is a God. It is clearly all in the delivery. Ad men - and women, have a great deal to answer for.

I used to believe that what goes around comes around and so if someone did something a bit shitful, there would be a bus with their name on it - or at least a push bike coming their way soon. But it seems to me that even this little idea is a load of horse shit. There are just too many turds wandering carefree and too many undented buses.

And so we get to the 'NEWS' that Pete Evans - yeh I know....WHO? Pete Evans, that world famous doctor, no nutritionist, no cook, no TV presenter, reckons that dairy products strip your body of calcium, so eat kale instead. Well fuck me, throw that bit of cheese away and you'd better start slopping on some almond milk or spider blood onto your cornies.

Yeh I read the shit about how too much protein strips the calcium out of your bones and this may or may not be true, but what is not explained in detail, is exactly what constitutes TOO MUCH. Anyway Ho hum. Cos the info scaring people away from cream and all things COWY, is being delivered by a TV show host, and how that makes him an authority, I don't know, but he does paly up with a cute French man and eat food so I suppose people want to believe him, a bit like those gypsies selling shit out of a covered wagon. I bet they put the good looking fellas up the front to do the selling too.

So let the buyer be ware. Follow old Pete to a brittle boned end if you fancy, but don't pretend cos he's a bit pretty and he's on the tellie that he's smarter than you, or decades of medical research.

Avos are lovely mashed up with some salt and pepper and maybe a tiny squirt of lemon juice and then slathered onto a piece of hot thick toast....YUMMO! Or scooped out and in a salad, or topping a plate of nachos. I am not such a fan of the idea of squidging an avo and then pretending that it's a chocolate mouse, but if that's what floats your boat, then goodo.

Eat 'em up by all means, but if you have been prescribed some drug that has taken decades to develop and test and certify, that has been proved to be unbelievably successful in treating cancer, then for fuck sake keep taking the pills.

The fingers crossed and 'Oh look at him, ain't he pretty' approach to health is not for me.
Posted by Unknown at 11:57