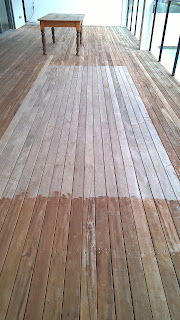 There are very many ways to the same end.

My most tiresome teacher task was hands down all the essay marking. A senior essay of say 1000 words would take at least 20 minutes to mark, longer if it was hand written or arguing from a different if interesting point of view. So if I had 20 kids in the class and say 3 senior classes, well you can see that's a shit load of marking, perhaps 3 or 4 times a semester.

I had a personal rule that I would mark 'em in the order they fell off the pile. And I would count how many I had to go and was always doing the Maths to see if I was gonna have time to do 'em all that afternoon or morning or evening. I can remember counting again and again.  Finding out what the kids thought, and HOW they thought things out, was cool, but coupled with all that was the requirement to identify all the errors and the inconsistencies and the inaccuracies and be on the look out for the sneaky stealing of others' words. If it was just a matter of reading stuff the marking would have been if not enjoyable, at least marginally entertaining. Of course if you are gonna give a kid a D for an essay then they can reasonably expect plenty of explanation - plenty of red pen, plenty of notes. The A essays just could have lots of ticks and a pretty comment at the end. But good or bad they still took about 20 minutes.

Sometimes kids would hand in shit and think that would irritate me, but instead, when I got a scrawl of crap and no effort, I rejoiced cos it took far less time and that meant that my initial Maths was a bit exaggerated, so I might finish early.

If I was lucky enough to be marking some short answer exam or better still a multi guess test, I had my own little routine. I would do it all page at a time, cos I could really steam through each page by rote, turn the page...next. And not knowing which was whose meant that I never lost concentration wondering why a good kid got that one wrong, or feeling pleased about the surprise right answers. Now lots of teachers would mark the whole paper and then go onto the next one. You see it didn't matter the method, cos the end result was the same. Things got done.

Yesterday while I was in Brisvegas, Stevie decided to pressure wash the back deck. This is usually my job. I quite like it. I don't think he has done it before. I am better at the mindless repetitive things - maybe all that time marking? Boredom does not sit well with him. He has not learnt the pleasure of letting your mind drift away. All his attention goes on, 'This is a fucking dreadful job, waste of time, what else is there to do?' and so yesterday when I got home he explained that he had given it away but hadn't quite finished. That I get, cos sometimes you just have to walk away, get up and leave the pile of essays on the table and do something else. But what did make me giggle was the BIT he left unfinished - a nice neat little rectangle in the middle of the deck. He explained his method and still I had to have a giggle. I would have left a strip at the end near the park cos that's the way I go, others might leave a strip by the pool, no right or wrong, just different.

So it's all finished today while he was at golf, but our different approaches is sure to be a topic of discussion again tonight, when he sees the shit that happened as I pressure washed my antique table. Fuck I hope that it is salvageable. Stevie would just never have done it, and even if he had started, the second he saw what was happening he'd have stopped, so the whole of the top of the table wouldn't look like paper pulp. 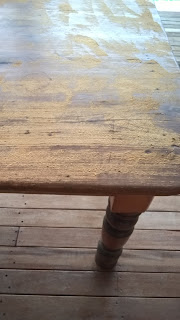 
Sometimes going hard is just fucking stupid - a bit like when I used this stuff on the coffee table. I could see something odd happening, but pushed through the doubt. Stevie still sing, ' Bang, and the varnish is gone.' whenever I get out the dusting rag.

It's all horses for courses.

And it's what happens when you combine an arty fart and an engineer.