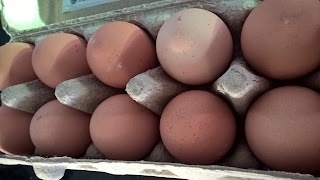 
I reckon real doctors must just about spit bile when a patient says, 'Oh I googled it.'

I ran this line passed Dr Jane today and told her that I reckon I have Shingles.

I have this shitful pain around my ribs on the right side from almost the centre front to almost the centre back. It feels like someone has given me a damn fine open palmed slap. There is no mark and the stinging doesn't stop, and of course no one has actually given me a slap, though it wouldn't surprise me to find out that Jane would have rather liked to.

So I have been on CML forums and have been chatting to people messing with this shit, mostly in the UK, (just an aside - I am very fucking glad I am here not there!) and it is surprising and a bit startling and sometimes a bit scary to chat to people with the same disease. But it is also intriguing and thought provoking.

It seems to me, a fool with an internet connection, that there might well be a correlation between Bone Marrow harvesting and on going hip pain. The number of folk who mention this is a lot. I wonder if doctors read these forums?

Dr Jane is a very fine doctor and an even better human being. Actually I am certain that she wasn't shitty about me googling the symptons, and she was pleased that I popped in for her to have a look see. I suppose it only becomes a problem when people start to self diagnose and medicate.

Anyway she doesn't think I have Shingles - not enough symptons and even though there are stats which show that people on Dasatinib sometimes get Shingles in the first 6 months, she thinks it's some errant nerve spasm, maybe coming from my back...And that just leads me to sigh a great big fucking ho hum, cos there is nothing to do but wait it out, except that I can take pain meds at night which will allow sleep but will also bung up the bowel...yippee fucking ki yay.

Anyway I see that there is a danger in doing the Doctor Google.

A brave young woman that I barely know announced on her mother's Facebook page this morning that her mum had died. I had known her mother for a long time and had sent her many irreverent messages before and especially during her 4 year illness.

I reckon if Dr Google had been consulted she might well have diagnosed my friend as being a pregnant chimpanzee, with 3 legs, a snotty nose and a bad dose of thrush. Instead she died from Melanoma cancer.

Let's not fuck with this! It is a savage shitful fucking disease and if you are tempted to think that taping a bit of potato peel over an ugly spot is gonna make the difference, then I am here to tell you you are delusional and you should get thee to the nut house pronto.


It is not anyone's favourite thing to do - sitting around at a doctor's waiting room with the out of focus tellie droning on and the decades old magazines, and the suspect upholstery on the chairs and I could just go on and on about how shitful the whole experience is, but I reckon we should all just suck it up from time to time and shake hands with a real doctor and give the old Google a boot up the bum.
Posted by Unknown at 16:37