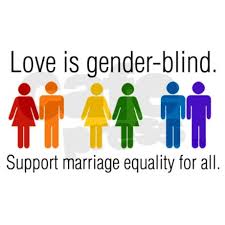 What pisses me off is the social media post after bloody post which proclaims that everyone is now EQUAL. What utter twaddle! 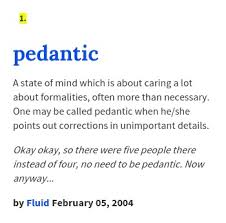 It is an excellent thing that people in the USA now have equal access to marriage. This of course does not make them EQUAL! Equal opportunity does not equal, equal.

Shit, equal would be the stuff of some hideous Sci-fi movies with parades of same same people goose stepping along in same same rhythm, or closer to the bone might be a reminder of Nazi parades and the gassing of folk who were different.

I am happy for the celebrations to be loud and long, I just wish people could be a little more careful with their posts, especially as there has been an avalanche of 'em and the nuttiness in me goes to tilt when faced with so much laziness or ignorance or perish the thought, purposeful misuse of language. It might be forgivable if English was their second or third language but that just is not the case.

So let's all wave the rainbow flag, but please have some consideration for old English teachers and be a little more selective of your language, for fuck sake. 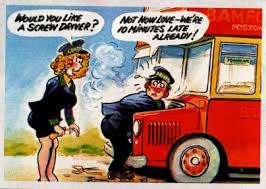