The Last of Innocence

I have been wondering at what age kids become more adolescent and less childlike and I reckon it is likely to be sometime soon after 10.

I say this because at yesterday's party the kids were sort of on the cusp. Bell was concerned that as we were venturing into the unknown public territory, we might lose one or two and she was not looking forward to explaining that to the parents, in case they were truly enamoured with their off spring and got all a bit shitty cos we came home a few short. I wasn't worried about that cos I reckoned, rightly as it turned out, that they had not been let loose too often so there was still a significant degree of nerves which led them to not wander too far from us and to nearly always move in a pack. Consequently, they were easy to keep track of. 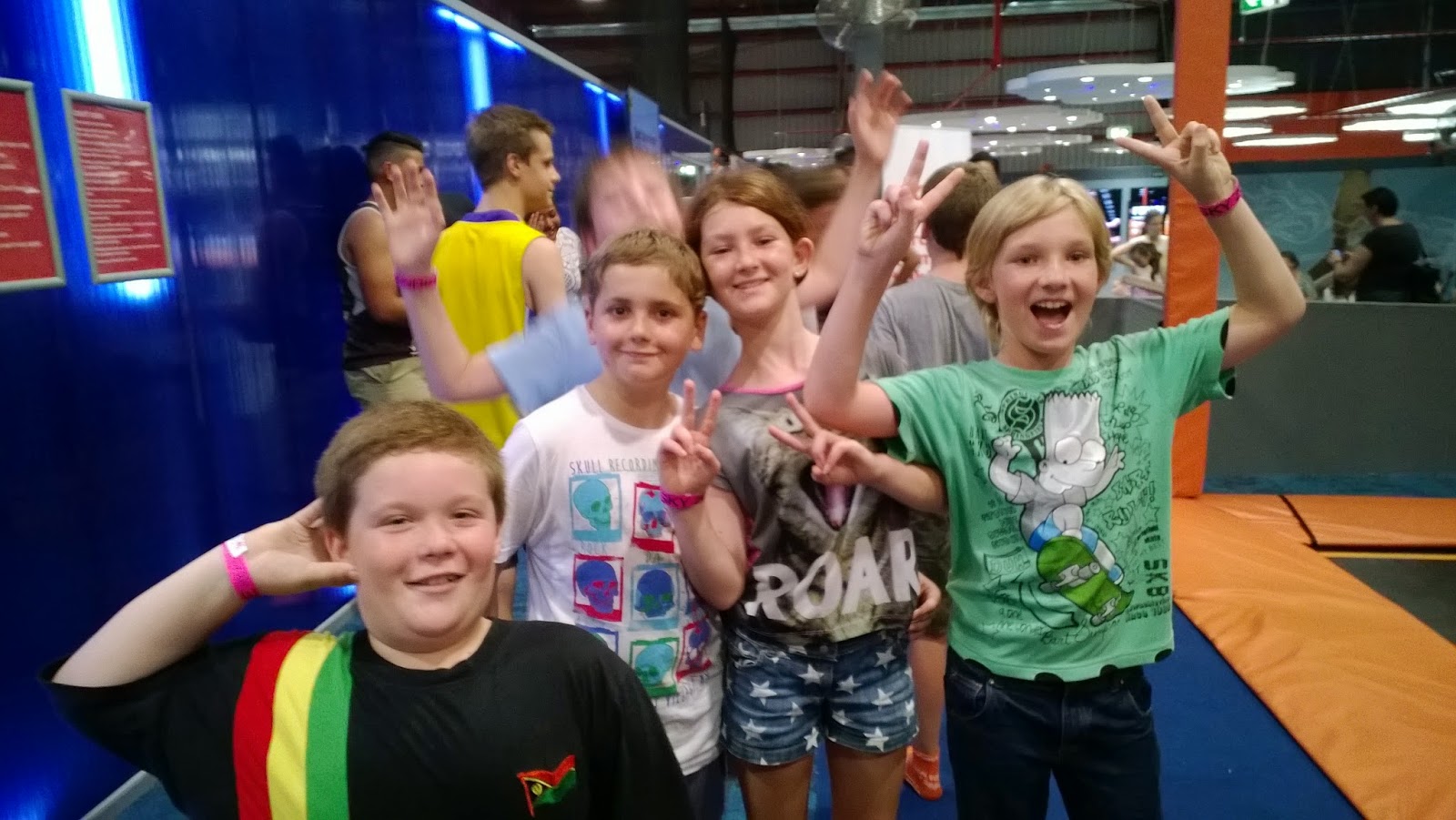 
So I figure we have maybe 2 more years to come to grips with the sneaky little fuckers who disappear behind the dunnies for a sly fag or a quick grope, and then we will have to put on the police hats which will never fit well on either of us. Yes then we will need to be on the hunt for drugs and trying to prevent unwanted pregnancies.

Our 5 kids - 4 boys and a girl, who was definitely no shrinking violet, were excellent. The party was LONG! 5 Hours and we were wrecked by the end of, but so too were the kids. They Jumped at Sky Zone and swam and picnicked at South Bank and played ball games and ate cake at Bell and Zig's. 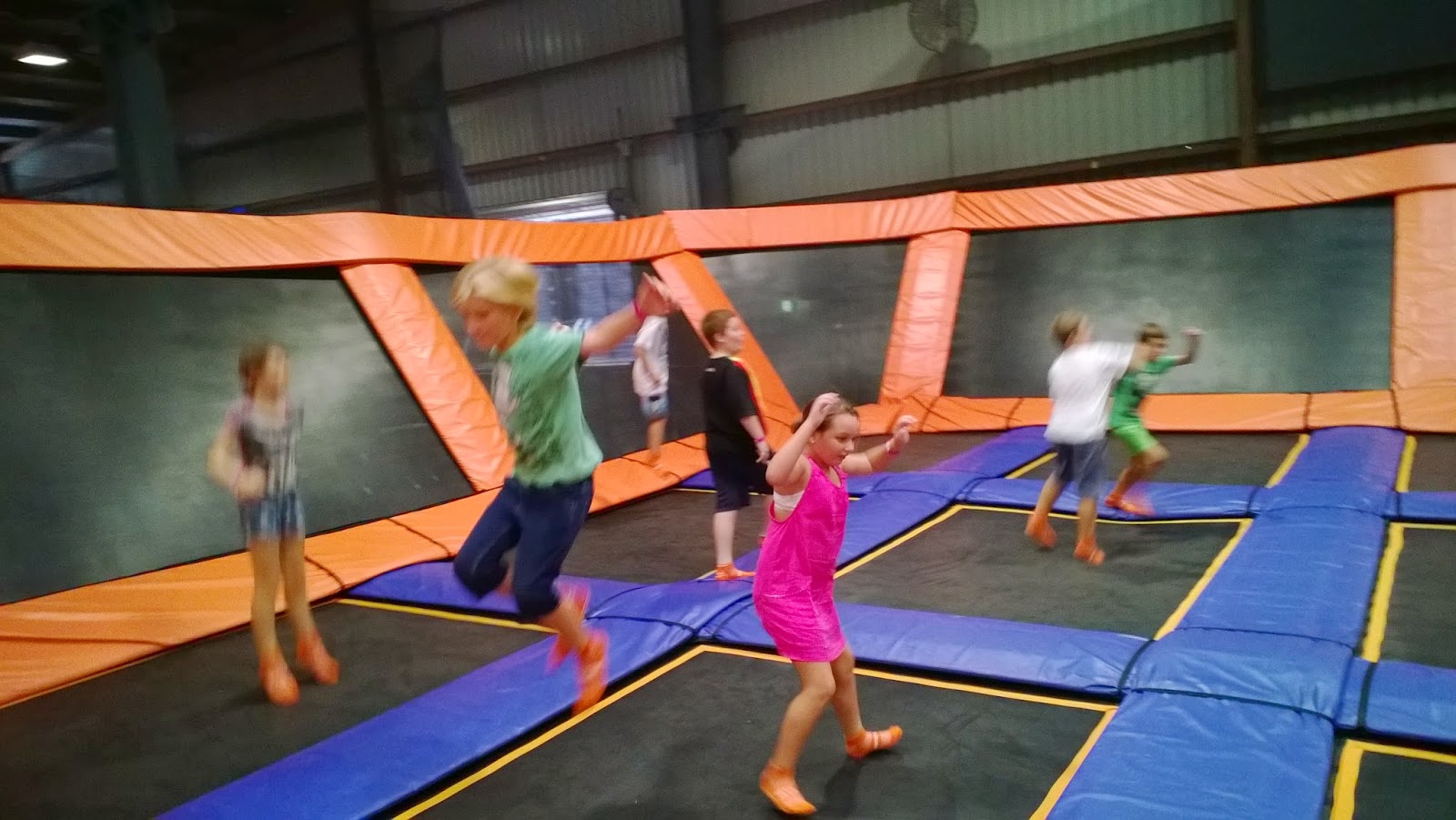 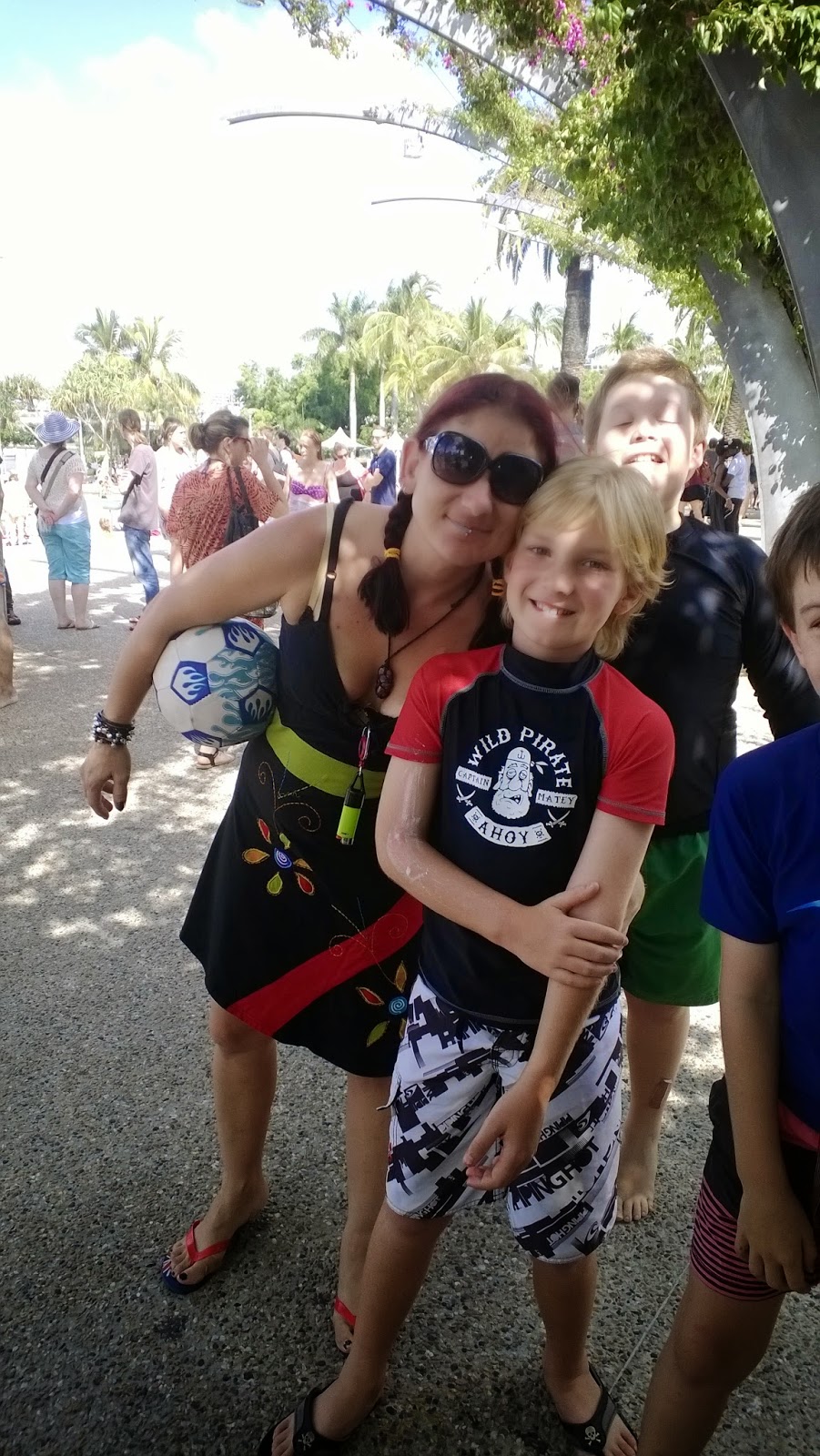 South Bank - about to hit the beach 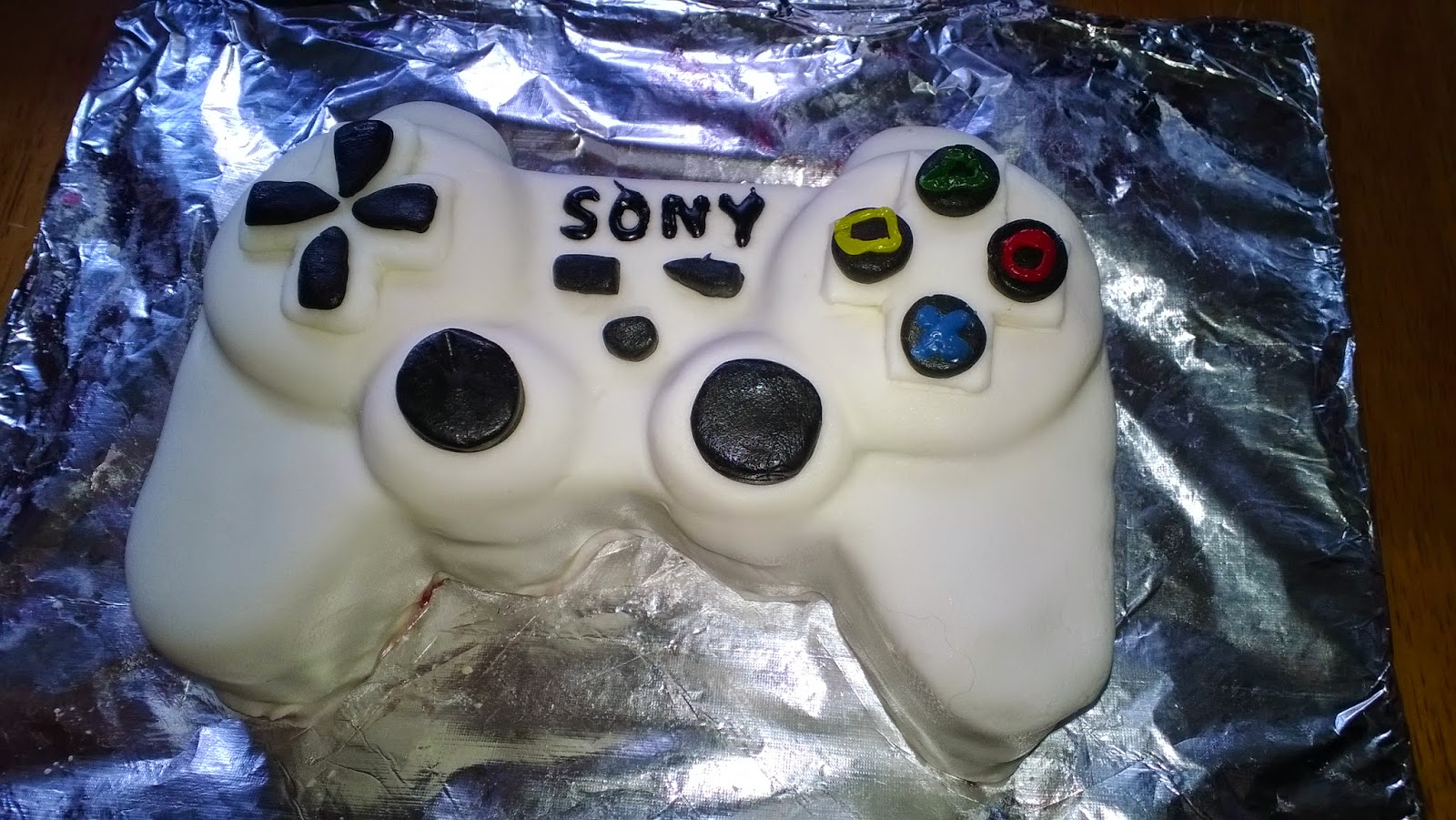 Bloody brilliant cake that Zig managed to chop up into 5 pieces - they were door stopper size! 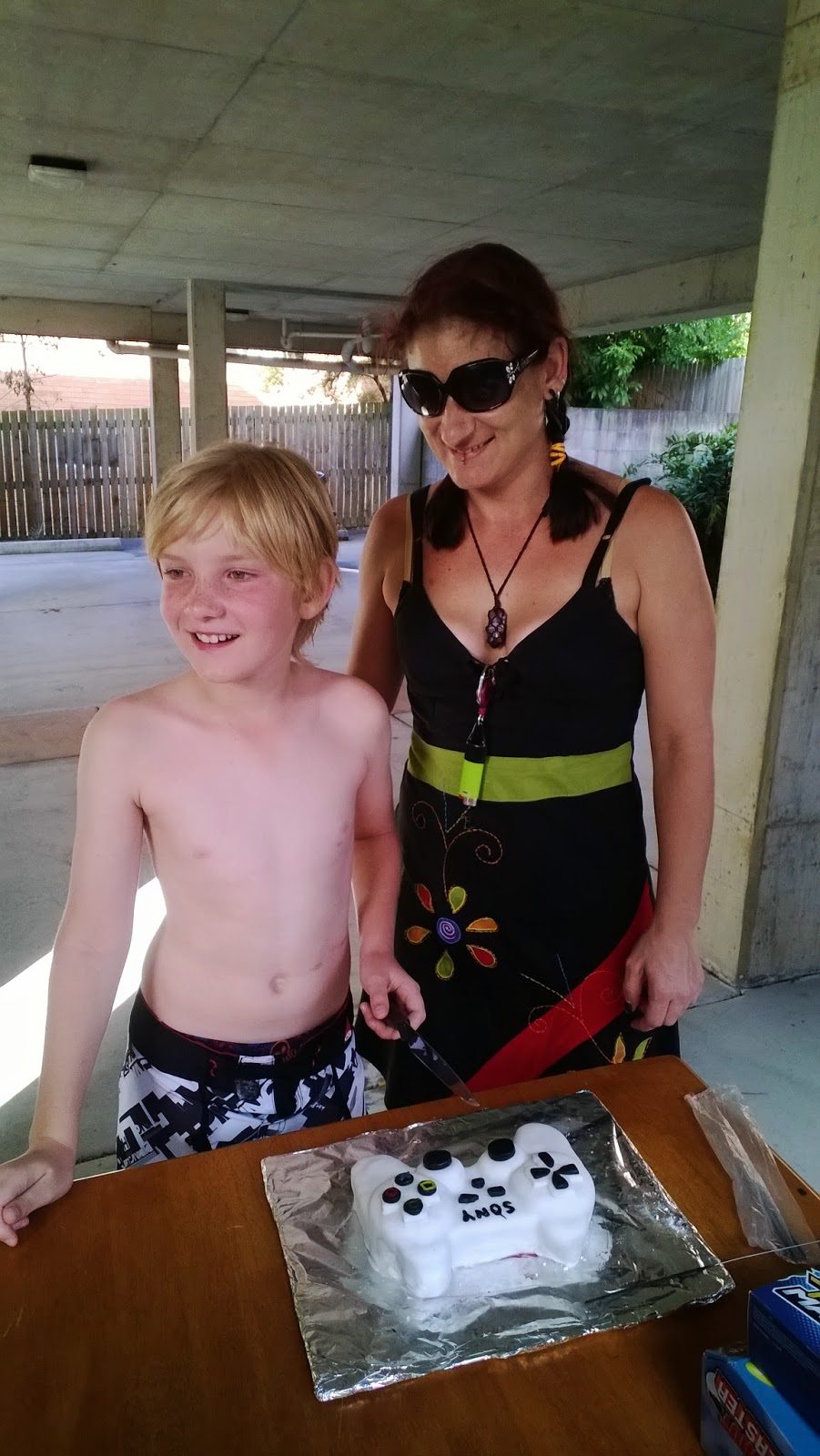 It had to be a new format this year for the double digit party and even though the planning was a complicated and more than a little back and forward to the parents of the kids, once we jumped in it was great fun! - for all of us.
Posted by Unknown at 15:43