Teens can have lots of chances I reckon. 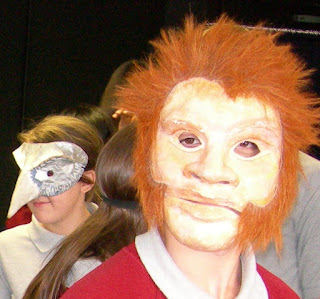 There is the most appalling vid of kids being tortured while in detention in the Northern Territory doing the rounds. I am not gonna show it here, cos I reckon it's disturbing, but suffice to say, I just can't see what the kids have done to deserve that sort of treatment. Oh sure there might be one kid in a gizillion who is a psycho, but I just don't believe these kids are ALL nuts. NAH, what I reckon is that the people in charge are the nutcases, and they think they can get away with anything that rocks their perverted little boats cos they are in some backwater and after all their prey are just kids.

And as soon as this torture and perversion is leaked to the world, instead of apologising profusely and stoning the fuckers responsible for the torture, the government in it's infinite wisdom decides to sue a couple of the kids who banged up the place trying to escape. Well I'll be fucked!

I suppose the kids who ended up in this place probably behaved badly, although given the current nature of the cover-up and the government retaliation I wouldn't bet the house on it, but let's just say they were right little tear aways. I still question shoving them into this cess pit run by perverts and sado masochistic bullies.

Some wise soul told me when I first started teaching that boxing a kid into a corner was a recipe for disaster and that you always have to leave a way out for 'em, and I have tried to do that, and I have 'taught' some real hard cases. I have had furniture chucked at me and been punched and spat on, I've been abused and I've dealt with kids who did their level best to intimidate me and I've had stuff stolen and broken up. Yeh I have sometimes despaired and of course sometimes it has made me angry, I am far from a saint. But I have never thought that a kid was a write off, beyond help, a waste of air. They are just kids and with all the acting out, they are still just kids.

I am not saying that some of the kids in my class have not gone on to do very bad things, I am thinking of a knifing incident in central London, and those kids needed to be punished, cos there is no doubt they knew what they were doing was wrong, I do wonder though if they could see any alternatives. And time in detention for a 15 year old boy, already sliding down the shit slope, well I can't see how that is helpful, and it sure as shit is not helpful if they are tortured and humiliated while there.

I wonder about the staffing in these places. I wonder how well they are paid and if it's a case of peanuts and monkeys, except the it's not monkeys it's arseholes, and I really can't help wondering if once we have put these kids in these shitful places if we haven't just said to 'em that we have given up on 'em so they learn lickerty split, to be mean and defensive and work out just what they can get away with.

What the answer is I am not sure, but it looks nothing like covering a boy's head with a sack and shackling him - legs and arms onto a chair, with a chain around his throat so he can't even slump forward and leaving him there for hours at a time, and it doesn't look like grown men stripping a youngster naked and then beating him. No my solution looks nothing like that.

Why are these men in the footage not in jail themselves.
Posted by Unknown at 13:57