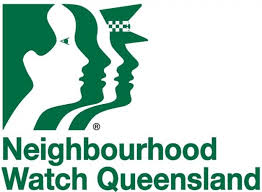 There was a community meeting today in The Park to chat about how we - the locals, might be able to help prevent crime in said park.

There was quite a possie of folk there - the Local Councellor who is very active in his area and always available to help get stuff done, a bloke from a CCTV company who must have been rubbing his hand together in gleeful anticipation of a big fat cheque for a contracted mobile service, our local copper who is knowledgeable and not a panic merchant, who poo-pooed urban myths about high crime figures, and then there was a gaggle of folk from various council departments, some of whom were clearly wanting to be helpful and others were just there to make sure that they were given no more work and to ensure that no council resources were given away without due consideration and attention to guidelines that we, mere mortals wouldn't have a clue about. In any meeting that includes the Council, these little maggots crawl out of the rotting mire - yeh they give me the shits. When I suggested that a free BBQ be installed to encourage family picnics, some council bloke in very unattractive high vis gear just said, 'No we don't do that.' But there was no explanation for why not. Just an edict from on high. Shit Council people give me the irrits. They should remember how their wages are generated.

In November there was a murder in the park. I think it has really spooked the locals, and now they are coming together to hopefully stamp out the drug deals that go on, even though I am not convinced that the murder was drug related.

As ever, there is a lot of scuttle butt doing the rounds, like the only purpose of the public phone in the village shops is for druggies to call up their dealer for a fix. I have never once seen it being used and I am there pretty often, but a woman swore blind that she has seen it in full swing, 'all the time.' And another bloke questioned the copper about crime figures and even when given the stats, he all but called the copper a big fat liar pants on fire. Why he thought the copper would lie I am not at all sure.

There was maybe 2 dozen locals there to have a little whinge and who hoped for some action to be taken. I did rather get the impression that most were hoping that someone else would do something to deter the druggies, all the while they would be happiest doing bugger all except complaining.

So the useful Council staff collected names and emails and I hope that they might set to and help us organise a local chapter of 'Neighbourhood Watch', cos I reckon this is an excellent place to start. I would happily pop a sign on my side and front gates advertising that I was involved in the watching, cos there are drive by drug deals outside the Big House and if a sign on my fence kept 'em away, well I'd be happy about that, regardless of just how NIMBY (not in my back yard) that sounds.

When I said that the deals were being done out of cars in the car park, people went a bit spare about why I wasn't ringing the police all time, and to be fair it is probably cos I feel a bit exposed sitting in the park with Dog, watching the carry on and if I called and the coppers lobbed in, it would be pretty clear who did the calling. Yeh I have lacked courage, but after the rousing, I have decided to try harder and next time, I will try and remember number plates and give the coppers a ring from the safety of my own kitchen.

The real trouble is however that if we manage to band together and get rid of the 'unsavory elements' which people today seemed to believe are folk covered in tattoos -  a somewhat limited sub group as far as I am concerned, the problem will just be moved on somewhere else, so it'd be all very well for real estate values in the posh suburbs but what about where the deals are gonna pop up next?

Drug use is a big problem today. I am not privy to the stats so cannot compare the use today to any time previous, all I know is that it's a problem now.

A Neighbourhood Watch programme might clean up our little patch, but ultimately it will do fuck all to alleviate the bigger problem.

I don't know what or if there is a solution to the tragic waste of lives caused by drug use, but I sure hope and wish for one.