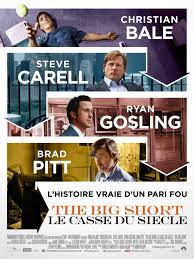 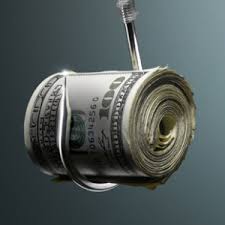 It's that time of the year again when the movies that have been nominated for awards are being released, yep even here in Oz, and I do like to have a look at 'em to see if I can see what all the hype is about.

So last week I hopped off to see 'Joy' - I don't think it's nominated, but I really like Jennifer Lawrence and was looking forward to seeing this. UnfortunatelyI was a little underwhelmed. Yeh it's well put together , but the story line is just a little thin and predictable. I certainly wouldn't stump up Gold Class cash for this one.

But yesterday 'The Big Short' was on at a time that suited me so after a bit of a sanga and a successful mooch at Myer I slipped into the very lush seats at Gold Class at Pac Fair. An ordinary ticket in a little cinema there is 20 bucks and for 26 bucks I reckon the treat is worthwhile. The night time and weekend prices are just silly and it might be that there is some sort of pensioner discount monday thing going on, but anyway apart from all the old people, too thick to work out how to operate the recliners, it was bloody lovely to put my feet up in the cool aircon on such a stinker day.

Now anyone who owns a house or has ever had a mortgage, is probably aware of the financial melt down in 2007, so this movie based on truth, will not be too staggering, except that the scale of the deception and the bank fraud surprised me. I didn't expect to be surprised, but I bloody was.

The movie takes a bit of a doco look at some of the characters involved on the fringe who saw the avalanche coming and managed to warn and then buy up protection.

It was well put together and acted and the oldies might have been a smidge surprised by the language.

It made me cross, which I imagine was the point of the exercise.

And the final implication that the cycle is starting again truly gives me the screaming irrits.

If you haven't got a clear understanding of the melt down this movie explains things well, not easily but clearly. Pop along for an education and advice about what not to do if you are buying property, or Bonds. Yep steer clear of Bonds - not the undies, the bits of paper from the banks.