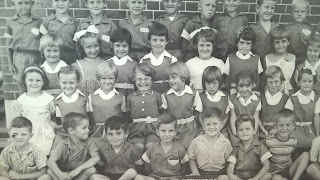 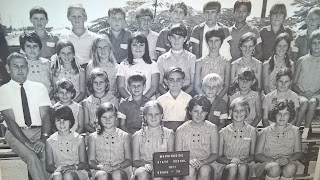 
A New Year's idea of mine was to find my old journals and include some of the entries here occasionally, and I reckon it is some sort of result that it has only taken me 5 months to unearth the box. Now I didn't say it was a GOOD result just some sort  and pretty piss poor comes to mind but Ho Hum.

As is often the case I guess, where I thought they were was not where they were, Bugger!, but as I had started I thought I'd have a good rummage around in the 'storage room' - yeh that's where I pop things that have no real home and more than likely should be given away or dumped - 2 big boxes of the grandie's baby toys comes to mind - any takers?

Anyway, I found 'em and I spent a somewhat tortured 6 hours reading a lot of 'em, cos I was quite prolific between 1990 and 2001. 10 years worth of stuff and as it mostly has to do with my girl and me and how we managed her girlhood, it's gonna remain private. I remember when I started writing, I figured that she might like at some point to read it and see if she reconciled the words and her memories and this became very important after I was first diagnosed with cancer in 1992. Any way it is all packed back up again and she can have it when I shuffle off, and read it or not as she sees fit.

But in the same box was some shit from MY childhood.

The school photos just made me smile, and I wonder if people can find me among all those good looking kids. I'll give you a clue - I'm one of the girls.

And as I had a little nostalgic moment I recalled that the old woman used to make our uniforms. For some strange reason in year 5 she decided to make 'em with sleeves. Now puberty must have kicked in early for me, cos that was the year I began an imbalance between front and back and consequently I kept ripping the back of the sleeves. They would rip open if I played sport or danced or even just reached across the desk for a ruler. So the sleeves would rip and she would beat me, so I took to trying to stitch 'em up myself, but in the end there was more cotton stitching thread than fabric, so I wore a hot shitting jumper for most of the year. Ah the things you recall when going through old photos.

And then I found old school report cards.

Precious little shreds of paper, half an A4, folded again, divided into 3 terms. and kept for the whole year. My god I can only imagine the pressure on the teachers to get it right in term 3 cos I guess the 'no cross out' rule was still in play back then.

The comments made me laugh, and some of the maths. They give a percentage score for each subject and then for some strange reason - perhaps to show that the teachers could do some averaging themselves, they'd give an average percentage - but really what would that mean? Averaging Maths and English and Social study scores? Why?

One year I got 94% average and a comment 'Suzanne tends to be careless, and this is what loses her marks.' I mean fucking hell, 94% ain't too bad, how careless could I have been?

In anycase, the comment was probably echoed at home with darling Dad asking why I didn't get 100%

And I found most of my Girl's stuff too. I wondered if her father might have the couple of things that are missing, but if not then they are just gone forever.

And then I wondered why we keep all this shit.

The journals I can sort of justify, but only for my girl, but I bet most of us have old school reports and similar dross. Oh sure it is a pleasant enough way to spend a Sunday afternoon, but apart from that what's the point?

In my journals I was always lamenting the fact that I was too fat and that I was on this diet or going to that gym.