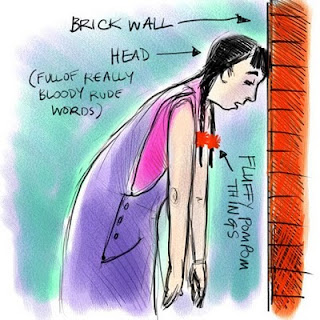 I heard from Bell’s MP only to say that she lives on the border between 2 electorates and I got it wrong... she is in Griffith... yeh that’s right, Krudd’s electorate. His office has been sent the complaint. His office has rung and asked for some more details.


The Connections for Quality DEERW ( education and employment and something else) sent back an unsigned form letter saying that Bell should try chatting to her JSA provider (Job Service Australia) Well that was a revelation!! A mulititude of government policy documents were attached saying what is supposed to happen.


Part of my response follows.


It is very clear that there is some utopian procedure in writing somewhere which is summarily and routinely dismissed by clerks at the coal face, and just because some 'no name' in your particular government agency can point to procedural documents, does not mean for a minute that said procedures are adhered to.

I asked for some assistance.

This response is not assistance, it is an arse covering exercise.

12 days after the first email to your office and still nothing has been done. Belinda graduated last week to also being allowed to scrub out the men's toilets. She was understandably thrilled with this promotion.
She has not been sent for any other vacancies and she still does not have necessary safety gear.

Some assistance from your office would be appreciated


Still I suppose one should not complain too much, at least the no name sent something.


On Nov 1st I sent an email to MP Hartsuyker,  Assistant to the Minister for Employment, and I am yet to hear a dickie bird from him.


An odd bit of a coincidence is that on our little trip to Grafton last week we came across an election sign for said Mr Hartsuyker. Maybe he is too busy taking down his propaganda to get to his emails.
Posted by Unknown at 16:31