What the very fuck is going on? 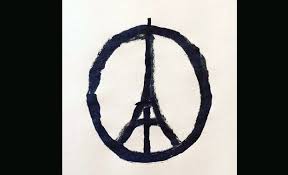 I feel like I am being manipulated. Yeh like someone has got their great big hand up my whats-it and is shoving and making room for all sorts of bullshit and then someone else is pouring down hate messages like confetti, and then of course there is the media trying to be the most sensational and controversial so they can get the gong at the next awards ceremony. Fucking hell! All I know for sure is that the violence and killing is sickening and tear making, and the consequent 'make a stand, take a side' truly frightening.

I am an atheist. I cannot fathom how and why people believe what they do, anymore than a believer can understand my non-belief. But as a rational human being, I just do not believe that there is some brainwashing detergent, that is strong enough to bleach the rationality of millions of people and make them all into happy little murderers of the infidel.

I don't know any Muslims personally and that might be because I don't get out much, but if being a Mossie means preparing to execute the non-mossies then I reckon by now we'd all be dead. This just cannot be part of their beliefs. There are certainly large enough numbers of Muslims all over the world to ensure a complete wipe-out.

So the only assumption I can make is that there is a small group of miserable arsewipes carrying on some sort of vendetta and it's probably got more to do with Oil or Ben and Jerry's Ice-cream, than religion.  I just do not believe that God or Allah or whoever has left detailed instructions about killing 'the rest.'

The burqa wearing, eyes down, seemingly cowering before their men, I cannot pretend to understand, but neither do I get eating up the body and blood of Christ. I find it all curious and worthy of discussion but I can't imagine a time or circumstance where I would become a believer, and as I don't want to tell anyone else what to think or believe, then surely that's ok too.

Any text can be interpreted in a myriad of ways. We have taught kids to analyse and pick apart texts as part of their English studies for a very long time. Debates have raged about the goodness or otherwise of Hamlet or Shylock for centuries. We can all play, 'you find a quote, I'll find a longer quote,' to prove our point of view. So popping up with a Quran quote encouraging Muslims to get out a gun and shoot up a stadium of people can be countered with a dozen others saying killing is not part of Allah's remit.

The beauty of a rational mind is what allows investigation and interpretation and discussion and debate.

'Criminal Minds' profilers would have field day with the psychology of the young men who become suicide bombers or who shoot up a concert hall full of people, knowing full well that the police will kill 'em back.

Yes Someone must be in control. Someone must be training up these young guys and filling their minds with hate and custard. But that Someone  has to be preying on flawed, sad, retarded, nutsos and as this is not a description of the rational majority, we just cannot fear all Muslims.

Yes Muslims are set apart. Perhaps they set themselves apart. I am not gonna begin to pretend that I get what they believe. I don't get that the women seem to happily submit to the men. I don't get the gear the women wear and I don't know if they wear it out of choice or by demand. I don't get it, but I am not afraid of it just cos I don't get it.

This is just a long rant about how appalled I am at the violence.