Accents - We've all got one. 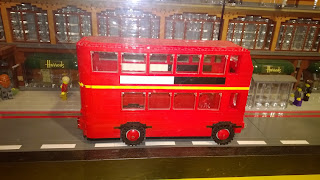 Like a hole in our bums we all have an accent, (unless there has been some dire medical thing going on and if that's the case with you I apologise for being so trite). Some of our accents again like bum holes are cultured and bleached and affected and some of 'em are scarred and perhaps marred by little clingons.

Yeh I had better stop with the similes cos it could get gross.

In 2 months in London, close to town, going to all the tourist traps and enjoying a bit of the suburbs too, I have heard lots of different takes on the good old Queen's English.

I have breezed onto buses almost every day, with a cheery, 'Good Morning', mostly to be greeted with either a questioning, 'Whatevs' or a downward glance and a bus load of people thinking, 'What the fuck is wrong with her?' and as I hop off I called out a jolly, 'Thank You.' Yeh people thought I was nuts. Steve thought I was nuts. It's so very unEnglish to address people in such a manner. But it has only just dawned on me that the trouble might not have been the greeting itself, but that my accent was so foreign that no-one knew what the fuck I was saying.

Mostly I am OK with your bog standard London, barrow boy, eastender accent, which is just as well cos otherwise I would be smiling and nodding at Steve and agreeing to god knows what, but the further away from London you go, the more difficult I find it to know what's going on.

I sat in a south coast front room with a Scottish woman from Glasgow and seriously I thought I was on a different planet. I figured she was speaking English, but that was only an assumption. I just nodded and laughed and looked sad as I took my emotional cues from her face. I hope very much that she was not some neo nazi selling Auschwitz time shares.

And I got as far north as Cambridge, which is not very far north, there was a local dialect delivered by older folk in tiny stores in St Ives which, whilst pleasantly lilting was not always clear to my Strine ears either.

The sing-songy Welsh accent makes me smile especially as they do carry on about how we Aussies make a question out of every sentence we utter and the whirdy girdy of the West country is such that when I was teaching Drama, I had to get an expert in to give the kids a lesson in this very difficult to manage - for me anyway, accent.

So mates told Steve that he sounded like an Aussie - which did not much impress him, especially as when here in Oz people sometimes look at him like he is some kind of alien talking a bit of gobbly-gook, and people here often tell me I have picked up a bit of the Pommie accent, which I also don't hear at all.

But what I do notice when I get back after a couple of months away is the, up in the nose, Aussie drawl, on the tellie ads.

I reckon that to acclimatise accent wise it would be handy for this Queensland girl to migrate slowly from south to north - starting in clipped sweeter tones of Melbourne and meandering through the 'my life depends on spitting this all out in such haste that it sounds like one long multi syllable word sentence' in Sydney, and arriving back at the Goldie to the twang and the lilt and nasal drag.

Turning on the tellie after a couple of months away is always a bit of a shock. It's like arriving in London, after a good while away and watching the news. There is an adjustment period.

Perhaps the difficulty is that coming back to Oz is also doused with a great lump of jet lag so what should be easy and comforting is more like being slapped around the head with a fish. It's not what I expect and it's foreign and leaves me feeling a bit accosted.

But then again I am grateful that I do not feel like this, this lagged, slightly nauseous, the world is playing out behind a vaseline veil, while I am trying to understand some Glasgow lassie. No amount of trying would allow me to be convincing in understanding that lot today.

The Oz accent, in all it's variety, is always gonna be 'Home' for me.