Falling down the Rabbit Hole 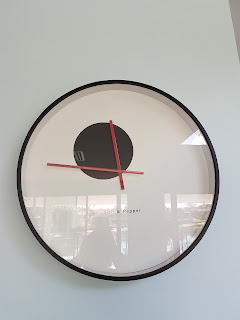 It's the middle of November. Nah I am not sure of the date cos it doesn't matter, but after more than a week of playing find a room where there is no painter perving in the window I needed to get out yesterday. Oh and I know the painters are too busy cutting in and slopping paint about to care who is inside, but I feel like a fish in a bowl. Heaven help me next week when they set to changing the inside of the place. Breathe Breathe breathe.....

So I popped out to the shops yesterday.

Shopping is something I used to treat as an Olympic event. I could go all day and it didn't matter how obscure an item I was looking for, I could always find it, and them some other stuff too of course. No point going home until you literally could not carry another shopping bag.

But now I can hardly be bothered.

Well for a start, I need to pop on a bra, ugh! and make sure that my hair looks OK coming and going and sometimes even pop on a bit of lippy. Yeh that's the effort I make to go out in public these days, bra, spit flick the hair and some lippy, my lovely Nanna would be appalled. Going to town when I was a kid was all about the good shoes and pretty dress and it was planned like a military operation. Now so long as I have got my thongs on I am good to go.

So off I went. I wanted to get a couple of those pool chair lounge things that seem to blow up by whipping them around your head. Yeh they are probably not as efficient as I think, but I figured they'd be fun around the pool over Christmas with the kids. Ahh and so down the Rabbit hole I went.

The middle of November and already with the decos up and the santa shirts and the ho ho fucking ho.

I am not baahumbug about chrissie. I like it. But it's in fucking December.

So after a bit of crowd pushing, I settled in for a snack over looking Santa's grotto. It was about 11am I guess and the big red coated fella wasn't there yet, must have been caught up in all that sleigh traffic in the sky, but there was a line up out the door of people wanting to get their santa photos done, I guess so they could have 'em up on the fridge curling away until what June next year? Or maybe this is a new way of getting kids to behave. Stick that Santa pic on the fridge and every time it looks like there is gonna be a melt down, the parent just points and says ''Naughty kids get coal'

The kids were all getting grumpy and I could understand that. The kids who are employed to take the money and make the kids smile were all too busy to give a shit about the kids waiting. There was fluffing to be done and phones to be checked after all.

And then I saw the jolly old soul dash out of a Myer and head for the lift. I waited for the Ho Ho Hos. NOTHING! Some elf must have been holding the lift for him so he was on a mission. And then I watched his GRAND ARRIVAL. Well it was more a push and a shove through the crowd of kids. There was still no HO HO HOs. He got to his seat and the first person in line dumped their baby on his lap and so the flashing of the credit cards began.

And had it been the 24th of December and this poor Santa had been peed on and spewed on and sneezed on and roused at by parents of kids who won't smile cos they are literally scared out of their wits, well I could understand him being a bit shirty. But this is only the beginning. I can only imagine what he's gonna be like in a month and half. Shit I am glad not to have to go anywhere near him.